Samsung may launch Galaxy Watch 4 at MWC 2021: Where to stream it live

Samsung may launch Galaxy Watch 4 at MWC 2021: Where to stream it live 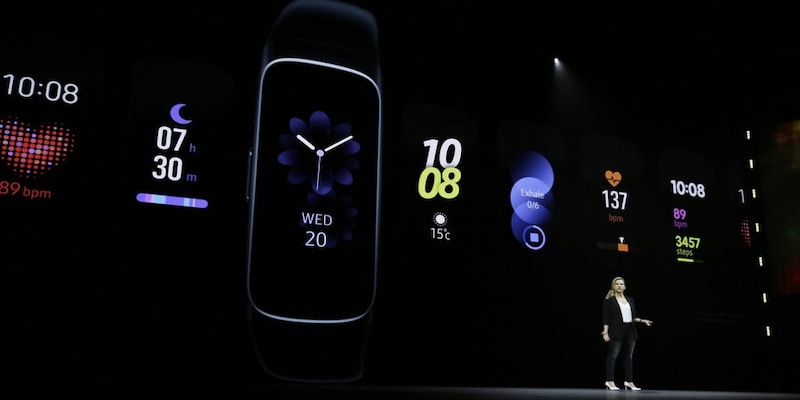 Leaks suggest Watch 4 would be slimmer than its predecessors, and come in two sizes, 42 mm and 46 mm.

Samsung may launch its new smartwatch, Galaxy Watch 4, during Mobile World Congress (MWC) 2021, which is taking place in Barcelona on June 28.

The South Korean tech giant had announced that it would be unveiling "its vision for the future of smartwatches" at the MCW 2021.
Hence, expectations are rife that it would be the Galaxy Watch 4. Samsung may also introduce new software for the Galaxy smartwatch, besides Buds 2 at the event.
Venue and Timing
The virtual MWC 2021 event will be live-streamed on Samsung’s YouTube channel and Newsroom website, besides the MWC Barcelona site at 7.15 pm CET (10.45 pm in India) on June 28.
Galaxy Watch 4: What to Expect
While the South Korean tech giant has been posting several teasers, social media is abuzz with several leaked specifications. Here they are:
https://twitter.com/MaxWinebach/status/1408314186158030849
In May, Google had announced that the next version of Wear OS would have better battery life, run all Play Store apps and include Fitbit features.
(Edited by : Shoma Bhattacharjee)
Check out our in-depth Market Coverage, Business News & get real-time Stock Market Updates on CNBC-TV18. Also, Watch our channels CNBC-TV18, CNBC Awaaz and CNBC Bajar Live on-the-go!