In Melbourne, street art acquires an altered reality. The city has often been described as the Street Art capital of Australia; with New York and Berlin, it also ranks as the top-3 street art destinations in the world. No one really carbon dates when that first stroke of lilac was aerosoled in an ordinary alley. Perhaps it was the end of a New York-inspired hip-hop/graffiti era. Stencil was in, Melbourne became the Stencil Graffiti Capital (the world’s first stencil festival was held in Melbourne in 2004) and street art stepped beyond the maligned parenthesis of graffiti. No, it was not vandalism. Graffiti picked up new, uber names – street art and post-graffiti. Taggers were distinguished from graffers or writers (skillful artists). Art found various nuances - woodblocking, sticker art, reverse graffiti, wheatpasting, graphs, poster art, street installations. Street artists were no longer shabby disaffected youths. Big names joined the street art revolution and Melbourne became synonymous with the art.

Here are a few famous murals and famed street-art lanes/streets in Melbourne. 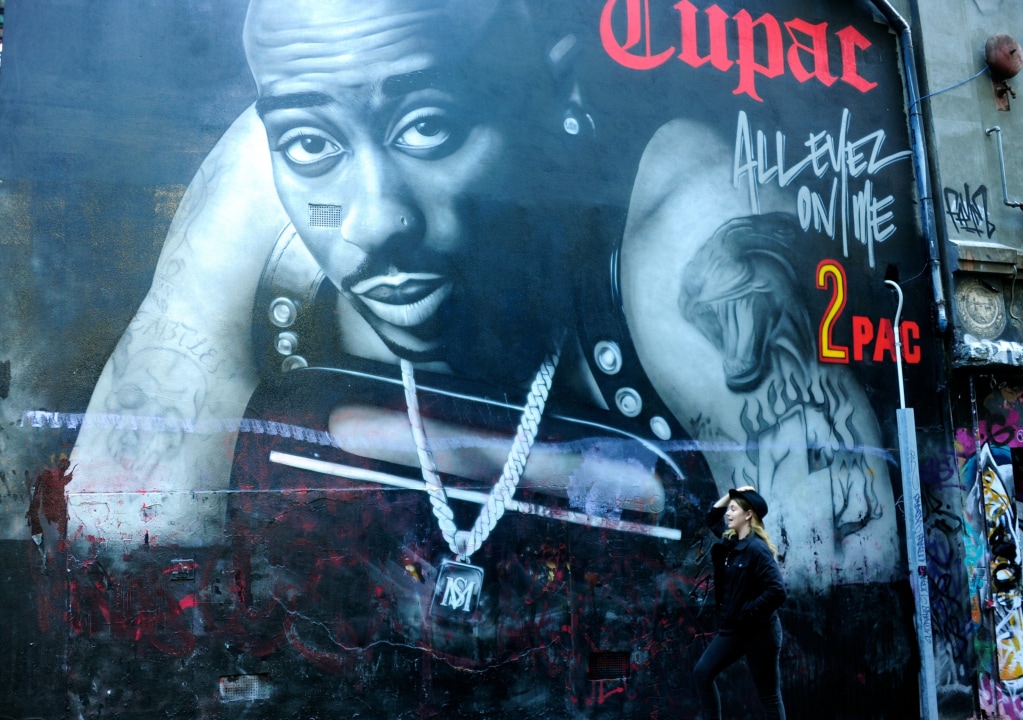 Hosier Lane: If one were to measure colour by centimetre, Hosier Lane will be the busiest and the most crowded. Hosier Lane is where all street artists find a brick (or, lots of bricks) to express what is closest to their heart. Law, be damned. Painting a private property is an offence in Melbourne (anti-graffiti laws entail two years in prison). Street art, by the penal code, is illegal. But law be damned. In Melbourne’s Hosier Lane, lives art. 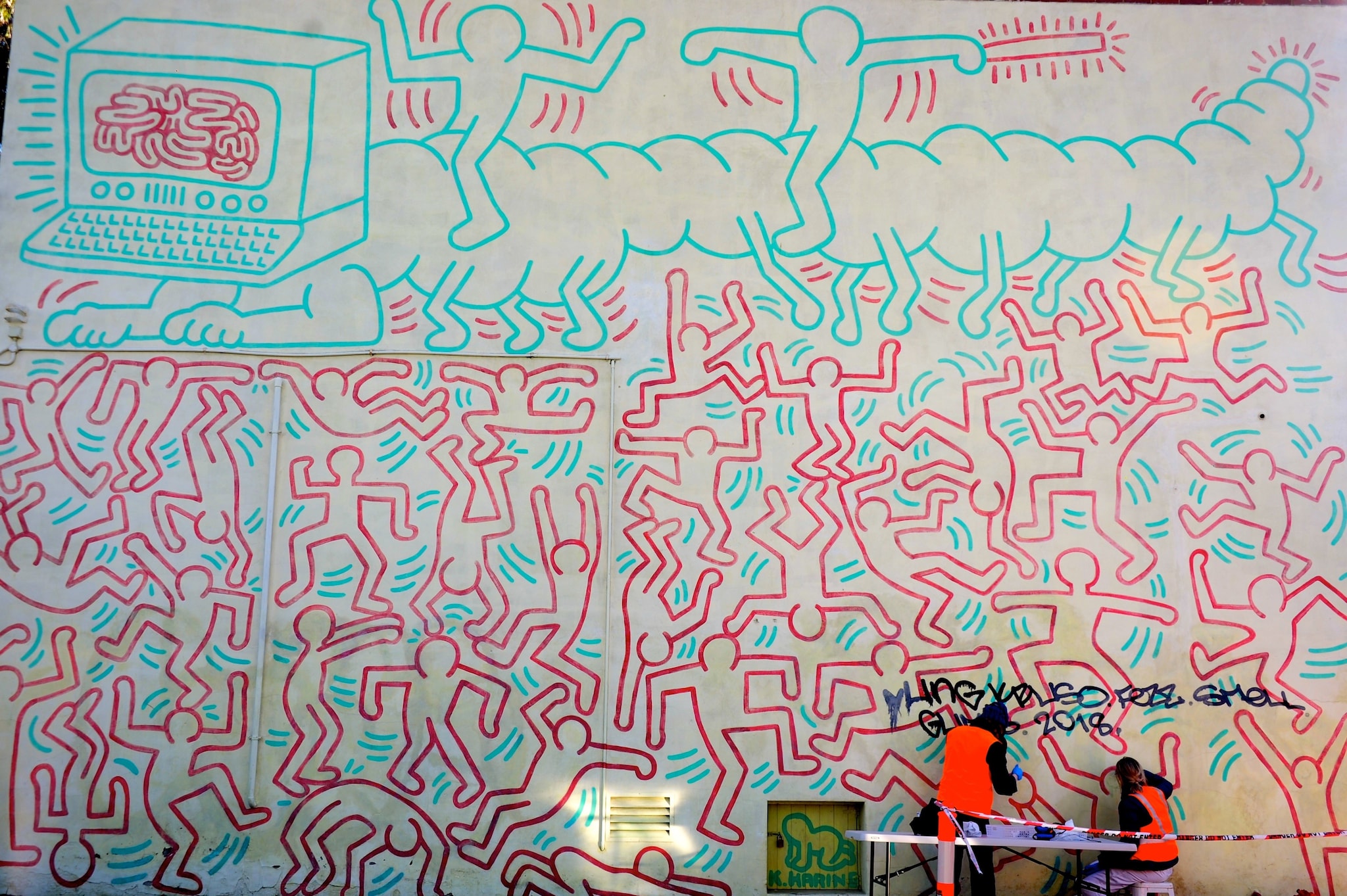 Keith Haring Mural: Located at Johnston Street in Collingwood and painted in 1984 by New York-based artist Keith Haring (1958-1990), this is the oldest and most significant street art mural in Melbourne. It was restored in 2013 and is now listed in the Victoria Heritage Register. In 1984, Haring was commissioned by the National Gallery of Victoria and the Australian Centre for Contemporary Art to create a mural in Melbourne which temporarily replaced the water curtain at the National Gallery. In the photograph, art conservationists can be seen restoring the mural after it was defiled again recently. 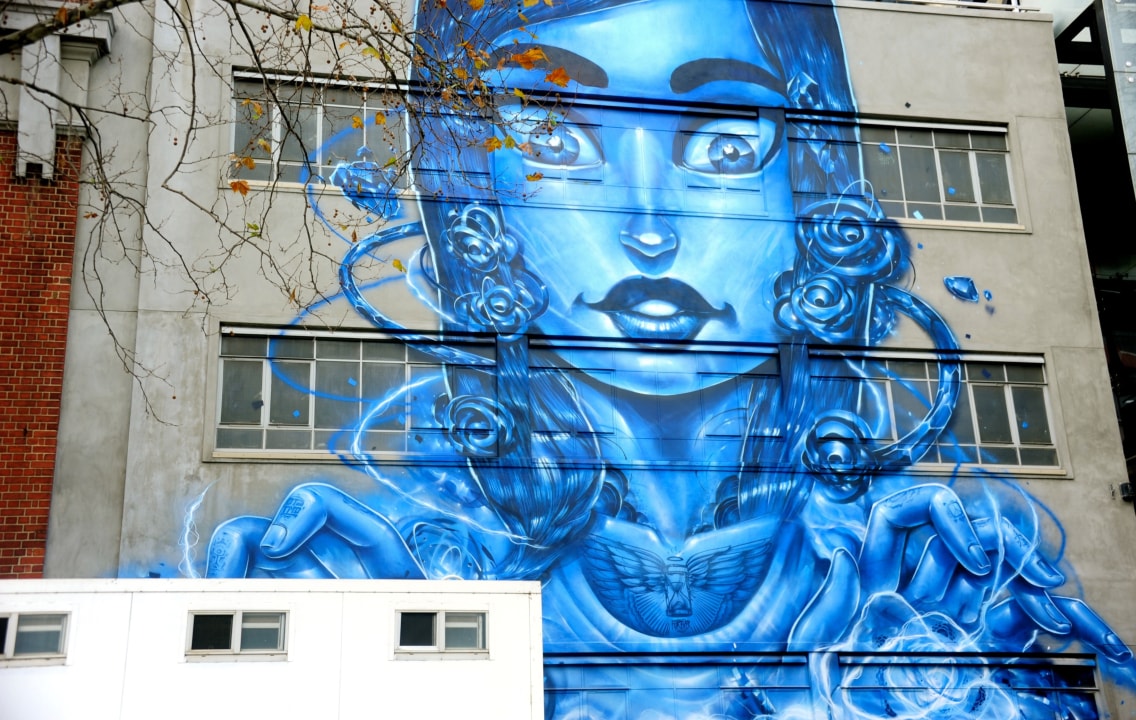 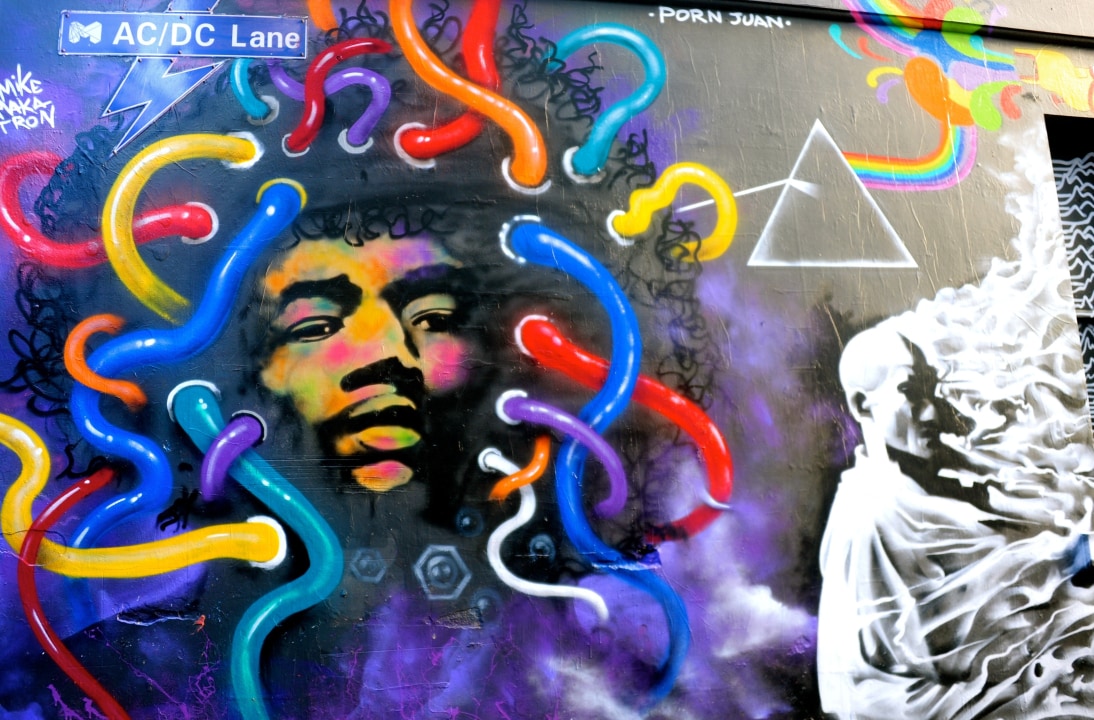 AC/DC Lane: In 2004, Melbourne’s City Council unanimously voted to change Corporation Lane to AC/DC Lane. The new names perhaps borrows from the Cherry Bar, which calls itself ‘pretty much the best rock n’ roll bar in the world.’ The street is cluttered with images of musicians, singers, performers and gig posters. 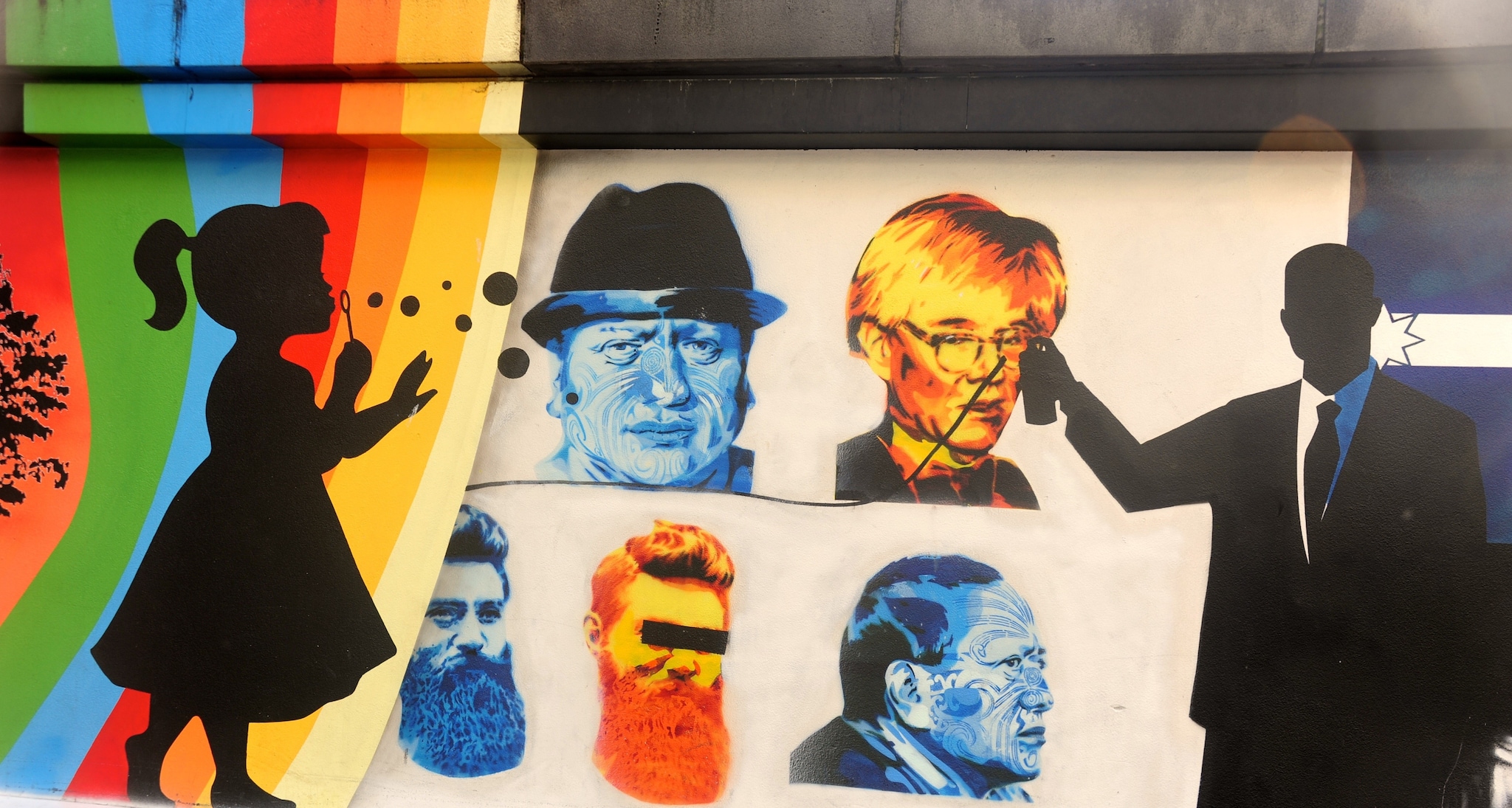 Promenade near the Crown Complex: A lazy stroll by the Yarra River can get artistic on this pedestrian-only pathway. There are large sculptures but it is the painted walls that add colour on a glum day. From the silhouette of a couple against a burnished orange backdrop to a Melburn sign and an Audrey Hepburn stencil, the Promenade stays a canvas for street artists. A rare Banksy in the city: Little Diver was less than one metre tall, wearing a duffle coat and a diving mask which was painted by famous British graffiti artist Banksy who had visited Melbourne in 2003. Much later, vandals destroyed the Little Diver by pouring silver paint, tagging ‘Banksy woz ere’ and ruining the artwork forever.