Supermoon: What is it and when can you see it?

Updated : February 19, 2019 07:54 PM IST
The word “supermoon” was coined in 1979 and is often used today to describe what astronomers would call a perigean (pear-ih-jee-un) full moon.
To witness the supermoon, one must look towards the east as the sun sets in the west.

On February 19, the Earth will witness the biggest supermoon of 2019 where the natural satellite comes close to the planet.

Like all the orbits of the celestial bodies, the moon’s orbit is not that of a circular one but elliptical in shape, with Earth slightly offset from the centre. As a result, there are two distance extremes of each orbit: closest approach, known as perigee, and the farthest, or apogee.

According to NASA, people can witness the full moon for six hours after it reaches the perigee distance of the orbit, making it the brightest and largest full moon of the year.

The word “supermoon” was coined in 1979 and is often used today to describe what astronomers would call a perigean (pear-ih-jee-un) full moon: a full moon occurring near or at the time when the moon is at the closest point in its orbit around Earth, NASA explains. 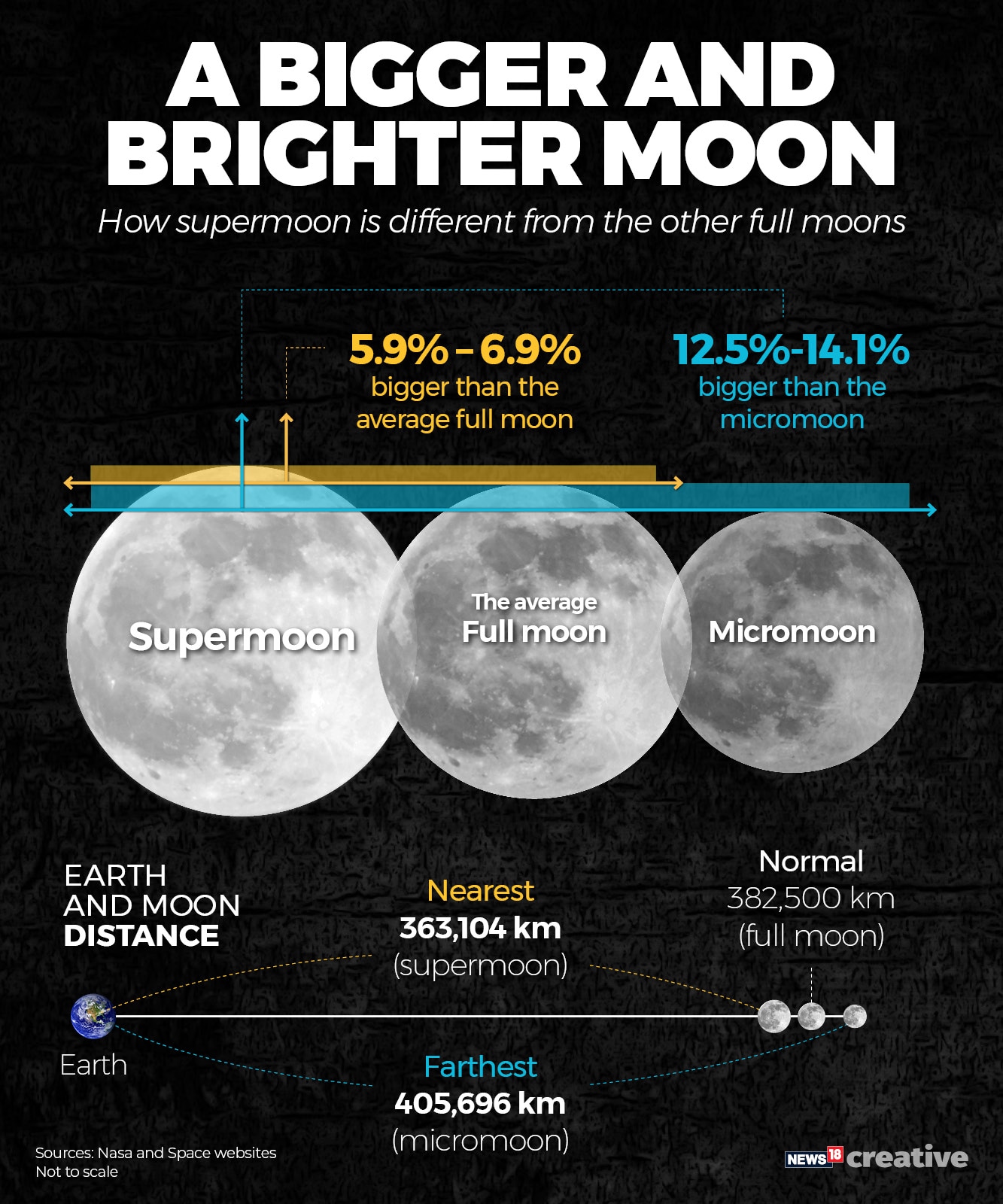 To witness the supermoon, one must look towards the east as the sun sets in the west, known as “moon illusion” which happens when the satellite is closer to the horizon as well as to the objects that are in the line of sight.

You can check if the moon appears larger by holding a coin at arm’s length so that the coin covers the moon. The moon only appears larger when it’s near the horizon as there are other objects to compare it with.

However, the moon’s size does not really change; even when it is directly overhead, NASA said.

“As it rises on February 19, the moon will be in the constellation of Leo. However, since the Moon is so bright, you may have trouble seeing the bright star Regulus, which is at the end of the “backward question mark” that makes Leo easy to spot,” NASA said.

The February full moon is also known as the Snow Moon or Hunger Moon in the West. The term was coined by Native Americans since the month sees the heaviest snowfall of the year, making hunting difficult.

The day also marks the 50th anniversary of humankind’s biggest technological feat - man travelling to the moon, walking on its surface and returned to the earth safely. Buzz Aldrin and Neil Armstrong were the first humans to walk on the moon.