Sacred Games on Netflix: To read or to watch?

Updated : June 30, 2018 11:03 AM IST
Sacred Games turned out to be pulp, full of Bollywood cliches that made you cringe.
Saif Ali Khan plays Sartaj Singh the hero cop and Nawazuddin Siddiqui is Ganesh Gaitonde, the dreaded don.

I belong to a rare group of people: I read. Have stood in the queue to buy Harry Potter (and pushed kids out of my way too). I was outraged when Amazon began to deliver dish-washing soap and not just books. So, standing in the queue for the launch of Sacred Games on Netflix, I ask the most natural question to strangers, ‘have you read the book?’

Around the time Vikram Chandra’s Sacred Games hit the bookshelves, there was Chesil Beach (Ian McEwan), A Thousand Splendid Suns (Khaled Hosseini), The Girl Who Kicked The Hornet’s Nest (Stieg Larsson) and even Harry Potter And The Deathly Hallows (J.K. Rowling). And I must confess, I chose Rant (Chuck Palahniuk) over Call Me By Your Name (what a fabulous film it has turned out to be!) Sacred Games turned out to be pulp, full of Bollywood cliches that made you cringe. Bribeable cops, the corrupt ‘system’, the politician-police nexus, dance bars, dons (one Muslim, one Hindu), madams, women of the Law, terrorist plot, religious festivals, monsoons, and a hero who is a bagful of cliches: freshly divorced but yet not unattached, unable to take bribes, and yet wants to get ahead, foul mouthed but has a golden heart, and he even has a sidekick constable.

But I had loved the casual details that are memorable. The sidekick constable Katekar settles down for the night, next to his ‘spare’ wife with arms as thin as the day he had married her. The description of how when the lights of his tiny flat are turned out, his wife’s frame settled into his, he can imagine all his worldly possessions around him, neatly put away. 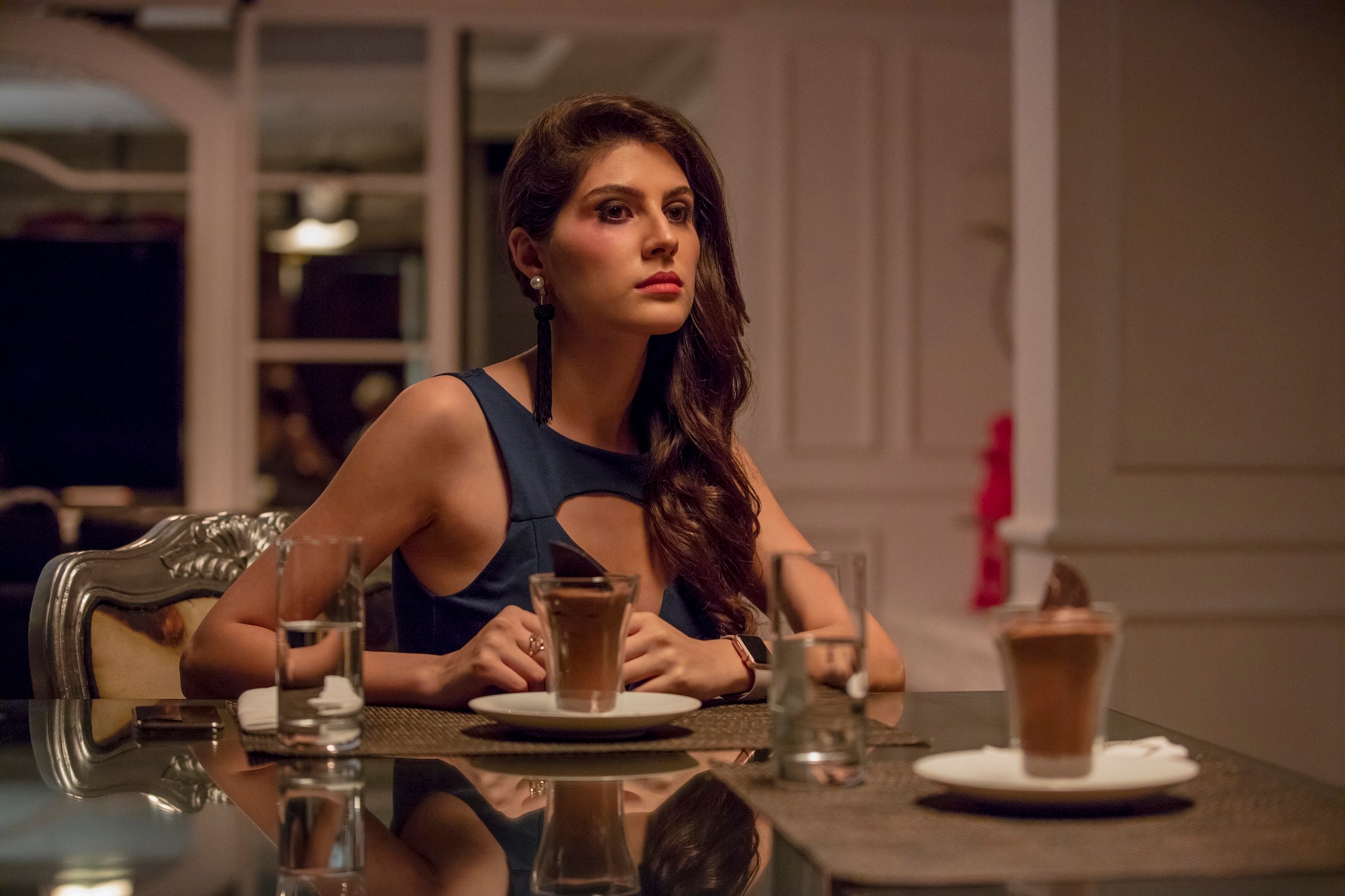 Chandra writes, ‘Now, with the quiet and his own silence he could hear, on the other side of the black sheet that divided the kholi into two, the twinned breathing of his sons. They were nine and fifteen, Mohit and Rohit. Katekar listened to his family, and after a while, even in the darkness, he could see the shape of his home.’

This was uncannily real for me too. All cliches can be forgiven for such insights which pop up through the book. Want to taste another? When Gaitonde is talking about meeting Kantabai (and you have read enough Elmore Leonard for deja vu) there is a wonderful sentence, "The warm smell settled on my shoulders, brown as riverbottom earth."

How will Anurag Kashyap and Vikramaditya Motwane bring this alive? I was happy to watch the super pulpy pilot of the book which releases on Netflix on July 6, 2018. Saif Ali Khan plays Sartaj Singh the hero cop and Nawazuddin Siddiqui is Ganesh Gaitonde, the dreaded don who has holed up in a bunker offering little nuggets to carry the narrative forward. Anurag Kashyap does not disappoint. The show is stylish and well made. Maybe not as gritty as his film Gangs of Wasseypur, but the masala is all there. The cold machine gun killers, Salim Bhai who squeezes testicles, and there’s killings by bashing heads… You get the drift.

And there is a promise of an interesting confrontation because the deputy police commissioner Parulekar here is not the ‘mentor’ from the book, it is the nasty boss to Sartaj Singh. Plus Radhika Apte is the RAW officer listening in to the conversation between Gaitonde and Sartaj Singh. Nawazuddin is so talented, he moves beautifully from the past to the present, his body language changing to suit his age. Yes, you will see cliches about the Don’s life: conducting business by cell phone in jail (every movie about bad guys in Bollywood), standing for election because the politicians won’t help (you saw it as recently as Raees)... But I’m not complaining!

Style makes up for the lack of newness of content. It has the Anurag Kashyap touch. Am willing to watch it when six episodes release in a week. Perhaps, the show’s fate will be like Katekar’s wife who asks, ‘Where are you going?’ and the audience, like Katekar will respond, ‘Masnaat!’ (in Marathi, it means ‘To hell!’).