Lehman Brothers and the subprime crisis: Movies that sum up what happened at the Wall Street 10 years ago

Updated : September 17, 2018 17:42:20 IST
From Margin Call to 99 Homes, these movies captured what happened at the Wall Street a decade ago.
Audiences love the idea of getting into the business of risk and then watching the protagonist struggle to get out.
As Gordon Gekko says, ‘The bulls make money, the bears make money. It’s the pigs that get slaughtered.’

Wall Street operated on the Gordon Gekko principle: Greed is good. And all was great until people were given home loans without any down payment, no background checks and… You know the rest. Hollywood made hay on the crash on Wall Street.

Margin Call is not just setting aside a portion of your equity as a margin deposit. It is a film starring Kevin Spacey, Paul Bettany, Jeremy Irons, Zachary Quinto, Demi Moore, Simon Baker and Stanley Tucci… Layoffs begin at NBS investment bank and we discover that their mortgage-backed securities could bring the bank down. They want to make a fire sale before everyone gets to know that these assets are worthless. They sell and bankers make millions, but not before realising that a second round of layoffs are in the offing.

In real life, Goldman Sachs sold off their bad assets first, and Lehman Brothers came second. But coming second does not count, and the big business inside glass-front buildings on Wall Street did come crashing down.

Imagine Selena Gomez, Chef Anthony Bourdain, Margot Robbie and Richard Thaler showing up in a movie to explain things like Subprime Mortgages and Centralised Debt Obligations? The Big Short uses an unusual technique to tell the story about the US housing bubble. 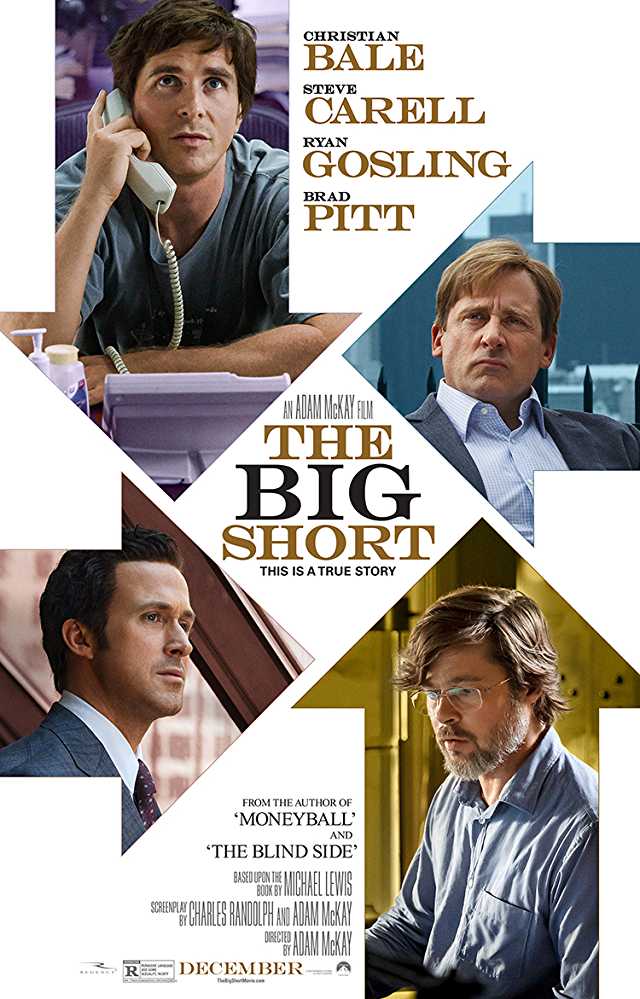 When a hedge fund manager discovers that the housing market is unstable, volatile, really and decides to the anger of his investors to create a credit default swap. He restricts withdrawals and when the bubble bursts, the value of his fund has gone up 489 percent and he has made a profit of $2.69 billion. Christian Bale is Michael Burry, the shoeless financial genius who discovers the bubble. Ryan Gosling is the low-level salesman at Deutsche Bank who discovers Burry’s math and becomes a partner…

There’s Brad Pitt and Steve Carell as part of a great ensemble cast of this film. The film will make you sit up and take notice not just with brilliant dialogue that seems ageless: If we are right, people lose homes. People lose jobs. People lose retirement savings, people lose pensions. You know what I hate about f***ing banking? It reduces people to numbers. If 1 percent unemployment goes up, 40,000 people die, did you know that?

Of course, banks in the US are still selling collateralised debt obligation (CDO) under a fancier name: Bespoke Tranche Opportunity.

99 Homes was a hard-hitting film by Ramin Bahrani which dealt with the aftermath of the bursting of the housing bubble. Michael Shannon is a ruthless real estate broker who evicts Andrew Garfield from his home and then lures him into working to evict others from their homes. ‘America does not bail out losers.’ You will remember Michael Shannon’s piercing eyes long after you understand the sobering truth about how people lived years without an enclosed patio to their house, so they borrowed money and could not pay it back and to lose their whole home for the 30,000 they borrowed… The most amazing part of the film is watching Laura Dern play Garfield’s mother.

Jordan Belfort, the real Wolf Of Wall Street is a motivational speaker today and talks about ethical persuasion, But the Leonardo Di Caprio movie made by Martin Scorsese told the tale of money made by selling penny stocks and life of sex and money and more money. It is rumoured that Jordan made $22 million in three hours in the initial public offering (IPO) of Steve Madden. The Federal Bureau of Investigation (FBI) caught up with him eventually but not before he made even more money… It’s a dark, tragi-comic Oscar-nominated tale of greed.

Speaking of greed, Michael Douglas made Gordon Gekko so real, real bankers hope to emulate their lives (not his end) on his business acumen and have ‘Greed is Good’ carved on their souls. Wall Street, the film was based on the financial wheeling and dealings of Wall Street and how Gordon Gekko is persuaded to buy an airline and he decides to cheat the staff and other investors by selling them short… 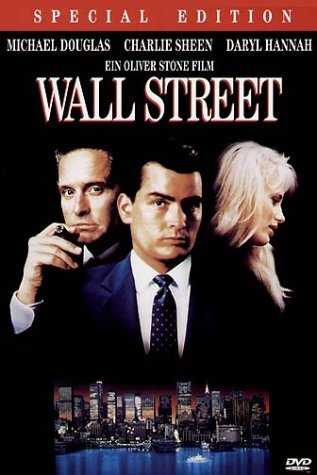 We learnt the phrase Insider Trading and about the workings of the Securities and Exchange Commission, thanks to this film. The theme of a young apprentice who sells out for the lure of a corner office and then has to work hard to act by his conscience was never before so brilliantly portrayed (Charlie Sheen).

Pension funds evaporating, loss of jobs and bank fraud are great material for this sharp, satirical film called Fun With Dick And Jane. Of course, it starred Jim Carrey, an executive with Globodyne who loses everything overnight. In order to make up for their income, and a pending foreclosure on their home, his wife, played by Tea Leoni, and he rob banks. 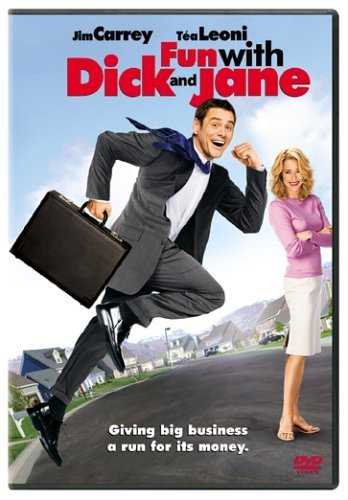 Good revenge, eh? The credits include thanks to Enron CEO Kenneth L Ray who ripped off pensions of his employees and Tyco and Worldcom that went bankrupt.

Reverse Mortgage that Texas Midlands Bank used to foreclose on ranches because no oil was found, forces two brothers to rob branches of the bank in the film Hell Or High Water. Chris Pine and Ben Foster star in the underrated film which shows a novel old West way to extract revenge on banks that use paperwork to confuse poor ranchers.

Shootouts and posses and stakeouts at the bank in modern times is marvelously done. Plus the film boasts of a good cop too in the shape of laconic Hamilton, played by Jeff Bridges. He unearths the scandal and marks out Chris Pine’s every move, and you marvel at how banks are defeated in their own game with the creation of the family trust and yet the film remains a Western, meting out frontier justice.

There are many movies such as Wizard of Lies (TV), Rogue Trader, Boiler Room, Money Monster, Equity, The Company Men made on mad money and the after effects. Audiences love the idea of getting into the business of risk and then watching the protagonist struggle to get out.

Audiences want to cheer, ‘The banks have given us 25 percent interest rates on credit cards. They have screwed us on student loans that we can never get out from under. Then this guy walks into my office and says those same banks got greedy, they lost track of the market, and I can profit off of their stupidity? Fuck, yeah, I want him to be right!’ as Mark Baum says in The Big Short.

We love movies about frauds and clever non-descript men who bring down gigantic financial institutions because we all wish we could make some money. As Gordon Gekko says, ‘The bulls make money, the bears make money. It’s the pigs that get slaughtered.’