How India made Alexa intelligent

Updated : October 15, 2019 11:15:42 IST
Amazon wants Alexa to be everywhere without intruding in your lives.
In the future Alexa might know more about your home and what you need than you, yourself. 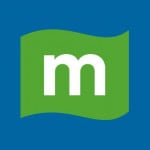 In the early 1980s, Prem Natarajan and his brother never missed an episode of Star Trek aired on Doordarshan, the state-owned broadcasting service, which also showed Ramayana on Sunday mornings. Star Trek, however, was Natarajan’s science fiction lens of the futuristic possibilities of technology.

Decades later Natarajan, now with Amazon, has made the e-commerce behemoth’s artificial intelligence-powered voice assistant, Alexa, more intelligent and human-like. And, India he says, is taking the lead to make that happen.

Natarajan is the Vice-President, Alexa AI and head of Natural Language Understanding at Amazon. He spent the past two and a half decades in the speech, language, multimedia and technology area. Presently all voice assistants, at least the major ones are AI-powered.

Amazon wants to and has put it everywhere -- from TVs to microwaves to washing machines to lights to door locks and much more. It manages your home, plays your favourite music, books cabs, orders stuff from Amazon, and is close to running your daily errands.

In the future Alexa might know more about your home and what you need than you, yourself. That perfectly ties into Amazon’s predictive analysis and e-commerce strategy.

Amazon is betting on the diversity of the country, and the tons of variety of data it generates. "You learn from data, and the more data you have, the better it can be. It’s also true that the better your algorithms, the more you can learn from more data," Natarajan said.

The holy grail of a voice assistant or in this case, Alexa’s success depends on how quickly it can move from theories written in science textbooks to the practical use of technology.

"That move from science to technology was spurred by challenges such as the ones we see in India… especially at Amazon, our innovation is customer-focused. So a particular science problem becomes super interesting as soon as we connect it to an impact it will have on a set of customers," said Natarajan.

The customer sets in India are not just diverse, but precarious, too. There is a lot to discover for Amazon, and it is not just new languages. "The challenge in India is actually a lot richer than that. It’s the multilingual ability of utterances," Natarajan explained. There can be a phrase in English, but then in that phrase, the majority of the words can be in Hindi.

For example, the names of places, dishes, songs, artists, among other things. And this challenge is not just at Alexa’s receiving end. It is also about how Alexa interprets and replies back.

"On the output side, she has to be able to generate speech, that sounds native, that sounds local, that doesn’t inflict swag with a very Western sounding name, because then it looks like a Western tourist in India," said Natarajan.

To do that Amazon had to make new breakthroughs in its text to speech synthesis -- taking the answer and converting it into speech so that it can be played out. Increasingly, Alexa will become regional. This means a person in northern India will get responses from Alexa in his or her accent.

The same will happen in Kerala or Tamil Nadu or West Bengal. "Over time, we will have to address all of these issues to be maximally useful to the broader set of Indian consumers that we can be," said Natarajan.

But, right now, the focus is what are people telling Alexa. On the output side, it’s not like adaptive access. "The research initially was on how can we make it neutral so that it doesn’t sound too strongly South Indian (or North Indian)... So it’s a neutral accent," Natarajan said.

As Amazon moves to new countries, Natarajan hopes to transfer learnings and knowledge from one locale or one language to another. Deep learning provides Amazon with a very effective mechanism to accomplish such knowledge transfer.

For example, if you take music, and take English as the language -- words like lyrics, composer, etc, are related. There are similarities in Hindi or Japanese or Spanish. The machine can pick up equivalent words in each of these languages and relate to each other.

But, all these perhaps would not have been possible without India.

"In other countries, the mixture of the language used is not so high… (and) when you come to India, and you start collecting data, you realise that mixed-use is really not just prevalent, it is the norm," Natarajan said. "It’s

very much true that the advances that we make in one part of the world lift our performance across the world, and it’s specifically true of India."

But, Amazon wants to take Alexa everywhere -- be it home, car or office. The company has started a pilot in its Hyderabad facility for Alexa for Business -- your virtual office assistant. "We don’t talk about roadmaps it... but it is important to have a seamless movement from home to office to car to various walks of an individual’s day to day kind of thing," Natarajan said.