Five luxury watches to invest in 2021

Updated : December 02, 2020 17:27:56 IST
Years of research and development are dedicated to the creation of some of the finest wristwatches.
When looking to invest in watches, it’s important to start at the 2 Cs: Condition and Completeness.

When it comes to investment, there are a plethora of avenues available for high returns. Real estate, gold, diamonds, equities are some of the conventional methods known in the broader market. They are perhaps overshadowing watches as an investment opportunity.

The concept of 'Haute Horlogerie' has evolved significantly over time. It represents more than just telling the time. It's a tool, a form of expression and taste, and in many cases, a status symbol. Watches are unique in the world of hedonistic investments. Hence, before perceiving watches as an investment, it is essential to start appreciating watches; as a piece of technical excellence and a mesmerizing form of art.

Years of research and development are dedicated to the creation of some of the finest wristwatches. This contributes to what makes a timepiece a good investment, but only tells part of the story.

When looking to invest in watches, it’s important to start at the 2 Cs: Condition and Completeness; a good watch should be in a relatively clean condition, without any bug scratches or dents, and should be complete with box and papers.

A watch with a story or provenance behind it can add substantial value in the long-term. For instance, investing in a piece that was originally owned by a famous individual or dignitary can warrant a significant premium in auctions.

For new watch collectors, it is advisable to go for the "low risk" options. Rolex, Audemars Piguet and Patek Philippe will always have a market. All three brands are incredibly careful about protecting its brand identity and heritage. One can also look at some vintage steel models, such as Rolex's GMTs or Submariners, early AP Royal Oaks, and Patek Phillipe Nautilus, and Aquanaut. These watches have been doing incredibly well over the past few years.

Listed below are some of the best watches that one can invest in as the values of these watches are increasing:

Rolex Submariner 16610LV "Kermit": The Submariner is perhaps Rolex's most famous watch. Back in 2003, a special variation was produced to commemorate Rolex’s 50th anniversary of the model. The watch was launched with a bright, striking green bezel, and thus quickly nicknamed as the "Kermit”. Whilst only being produced for a few years, the watch quickly gained a cult following. A successor of the watch made an appearance with both a green dial and green bezel. This year, a new version has been released- the 126610LV with all the craze it continues to drive up the value of the original. You may still be able to find an early Kermit at a reasonable price, with a good chance that the value will continue to increase long term. 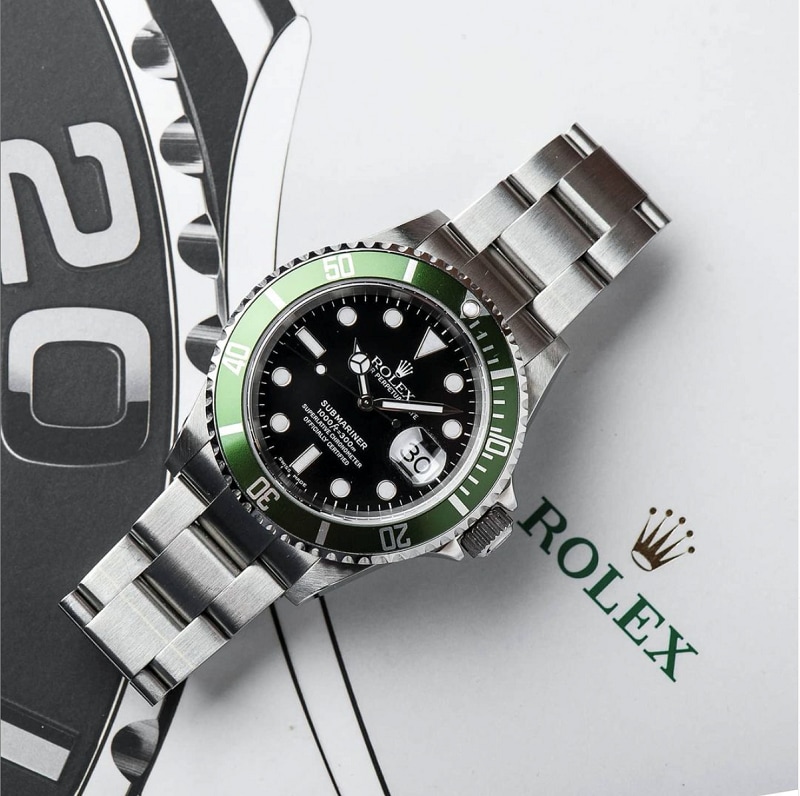 Tudor Black Bay Fifty-Eight Blue: Considered to be the little brother of Rolex, in the last few years alone Tudor watches have been consistently expanding their portfolio. With an all-new in house movement, a slimmer and slightly smaller at 39mm, Tudor has created a much more wearable piece, and thus the Black Bay Fifty-Eight sales have seen phenomenal traction. The Black Bay Fifty-Eight blue with its perfect proportions and vibrant blue dial is amongst the most famous Tudor watches today. The watch has recently won a GPGH award, this coupled with a limited production, has led to a positive effect on its overall financial performance. The value of the watch has increased by 12 percent in the past year alone. 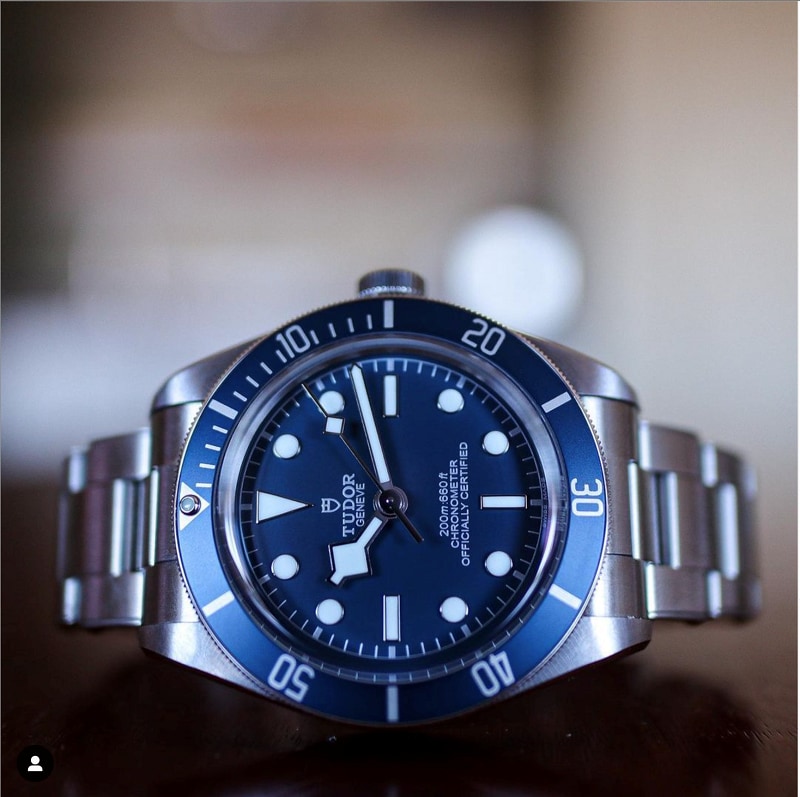 Audemars Piguet Royal Oak 14700ST: The 14700ST a relatively rare model in the Royal Oak lineup, considered to be a "Transitional Model". Audemars Piguet is said to have tested and experimented with this watch in order to bring a small case size to the market.

The 14700ST with an adapted version of Jaeger-LeCoultre’s movement, integrated bracelet and highly recognisable Petite Tapisserie dial is said to have only been produced for less than a year, with less than 500 examples in stainless steel, which was then succeeded by the 14790ST.

If you can find one in good condition, along with the box and documentation, be sure to grab the opportunity. 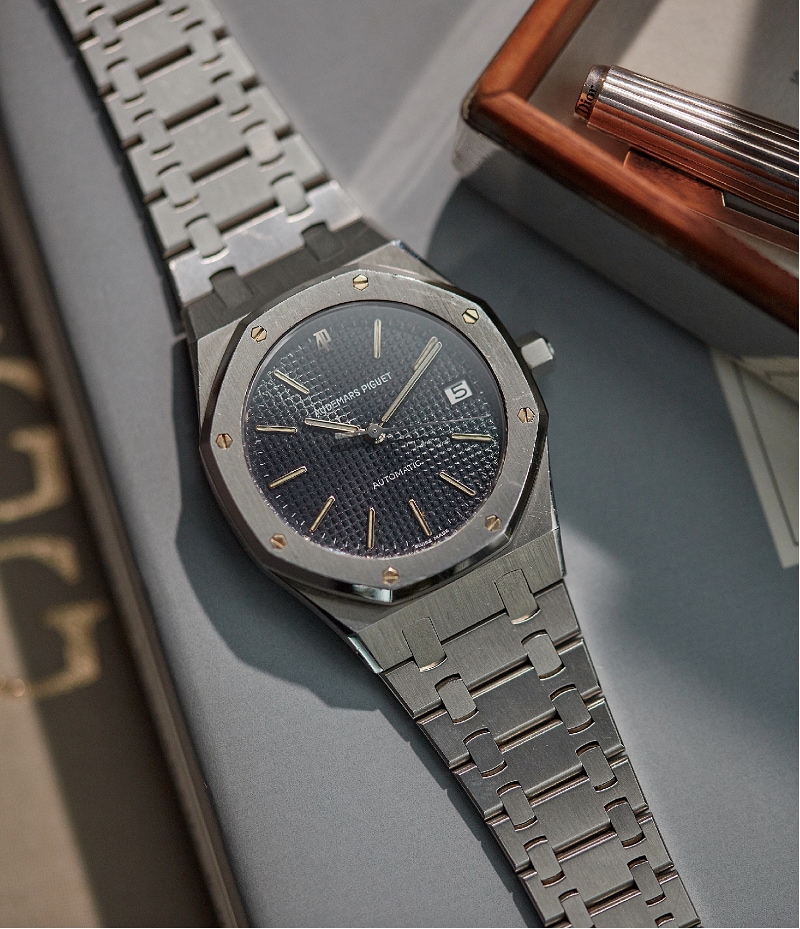 Patek Philippe Nautilus 3710: This classic timepiece is not a typical nautilus you would expect to find. The 42mm diameter watch ended its life in the Patek Philippe line up back in 2005. However, it isn’t until relatively recently the ‘hype’ of this mono-block designed nautilus with a power reserved has become incredibly sought after. The 3710 has increased in value over 100 percent in the past three years alone! Expect to increase your investment on some high-quality examples over the next years. 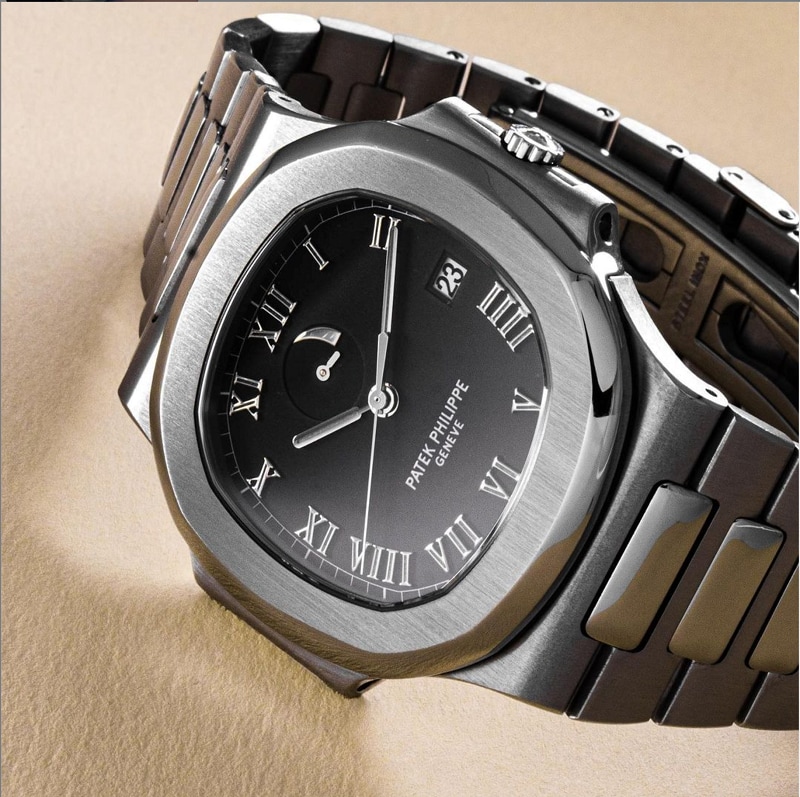 De Bethune DB27: De Bethune might be a brand you’ve never heard of before, but you should make yourself acquainted quickly. Known for their superior technical innovation, exceptional finishing, and futuristic yet timeless design language. The manufacture is based in the Jura mountains of Switzerland and are producing some of the most exciting timepieces of our lifetime. The DB27, for instance, with it’s floating lugs and highly intricate dial is an incredibly striking piece and a conversation starter. With the brand only making 200 pieces per year, scarcity value has kicked in; the watches are now appreciating year on year. Overall, watches have a relatively low entry point and maintenance costs when compared to other substitute alternative forms of investments such as art, cars, and even wine. But perhaps none can bring as much joy as watches.

Watches are incredibly unique, whilst one can enjoy a Picasso on the living room wall, they won’t be able to take it along on holiday or wear it to a daughter’s graduation. Investing in luxury watches aren’t only measured by numbers, but it can also measure of an individual’s passion, tastes, personality and interests.