Anita Dube, the first woman curator of the Kochi-Muziris Biennale, has gathered an impressive array of artists for the third edition of the biggest contemporary art event in India. Barely a fortnight away, the three-month-long biennale will be doing what artists usually do---make sense of the society we live in. 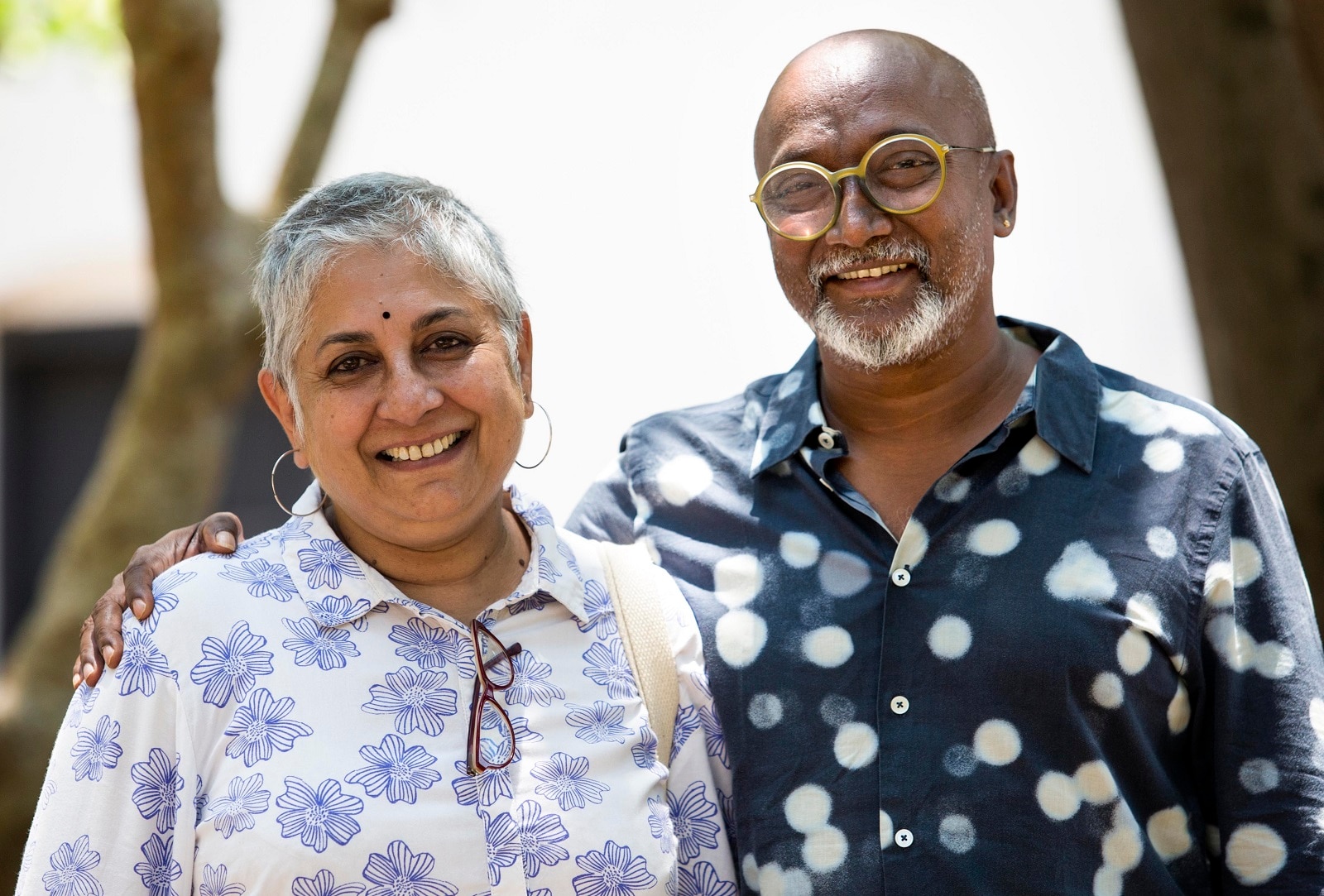 There is an awe-inspiring list of artists, who can slice open the many layers of the league and make us think why in the most advanced era of humankind, gender equality is still a far cry. Or why half of the world's children live in poverty while a few control the riches and resources. Why walls are being built between countries or religious bigotry and intolerance are destroying peace.

Dube's plan to take on inequality of women has the support of Guerilla Girls, Shirin Neshat, Marlene Dumas, Martha Rosler, Sue Williamson, Nilima Sheikh, Sonia Khurana, Anju Dodia, Zanele Muholi, and Vanessa Baird. As the list suggests, this edition curated by Dube is the first biennale anywhere in the world to have more than half of the participating artists as women. In October, the biennale faced the brunt of the #MeToo movement in India when its co-founder and programme director Riyas Komu faced an allegation of sexual misconduct, forcing him to step down from all official positions. The biennale foundation swifly initiated an inquiry against Komu, who curated the first edition with artist and co-founder Bose Krishnamachari.

The Guerilla Girls from New York, who wear the iconic gorilla masks, were the first to call out sexism in the world of art. In the 80s, when they noticed a theatre in their city hadn't had a play by a woman in more than a decade, they stuck provocative posters there saying plays by women are strictly prohibited. Outspoken critics of institutional inequality, Guerilla Girls are considered the conscience of the art world. There will be a performance by them at the start of the biennale. Iranian-born visual artist Shirin Neshat has long been known for her works that focused attention on the status of women in Islamic society. Neshat, who lives in the United States, won critical acclaim as a filmmaker for Looking for Oum Khulthum, about the converging journeys of herself and the legendary Egyptian singer in the male-dominated Arab world. Amsterdam-based Marlene Dumas is known for her portraits of Amy Winehouse and Osama bin Laden.

Marlene Dumas, the celebrated Dutch figurative painter, is a much-anticipated artist at shows around the world. Born in South Africa under the Apartheid regime, Dumas left in the 70s to study in Amsterdam, growing up there to create such well-known works as portraits of singer Amy Winehouse and Osama bin Laden and human rights violations in the Abu Ghraib prison in Iraq.

"All the participating artists have responded, in their own way, to current socio-political situations and conditions," says Dube, who travelled around the for months to select the artists for the biennale. "As an artist myself, I believe it is important to allow artists time and space to reflect on current happenings and developments so to digest and create organic responses that are not reactionary. In this Biennale, several artists are dealing with issues surrounding the environment. Others are responding to particular women's issues, including bodily autonomy and violence-- this is complicated by many other intersections including caste, gender and sexuality, and race, among others," she adds. "In a sense, all the work showcased in the exhibition is a response to a particular social and political context and history, whose range is vast and multi-faceted."

American artist Martha Rosler, the pioneer of feminist conceptual art whose 1975 work 'Semiotics of the Kitchen' is a landmark in feminist movement, is certain to contribute context and history to the current conversation on the status of women in contemporary society. Norwegian Vanessa Baird, a former journalist and author of Sex, Love and Homophobia and People First Economics, will another major figure to watch out for in the discussion on LGBT rights, refugees and poverty.

Neelima Sheikh, the Baroda-trained artist remarkable for her attention to miniature tradition, will present the native narrative on indigenous culture while Sonia Khurana's politically-charged works on gender and JJ School of Art graduate Anju Dodiya's experiments with the human condition will be eagerly watched for their sharp comments on contemporary society. South African Sue Williamson, noted for her works on truth and reconciliation after the arrival of democracy in her country, is joined at the Kochi biennale by compatriot Zanele Muholi, a photographer and visual artist. Muholi's 2006-11 series on photographs, Faces and Phases, has more than 200 portraits of South Africa's lesbian community.

Among the men are Barthelemy Toguo from Cameroon, a modest artist who returned to his country to set up an arts centre for the people, after living in France for decades. Toguo, who came to Fort Kochi, the venue of the biennale, in October for a residency, focuses on the travails of migrants. "At the heart of my curatorial adventure lies a desire for liberation and comradeship (away from the master and slave model) where the possibilities for a non-alienated life could spill into a ‘politics of friendship,’" explains Dube. "Where pleasure and pedagogy could sit together and share a drink, and where we could dance and sing and celebrate a dream together," she adds. "In this dream, those pushed to the margins of dominant narratives will speak: not as victims, but as futurisms’ cunning and sentient sentinels."

The Kochi Biennale Foundation has trained 50 members of Kudumbashree, a statewide women's cooperative in Kerala, as volunteers for the three-month-long event. Like the number of women artists, that will make half of the biennale's pool of volunteers. By the next edition, some of these Kudumbashree members are expected to make it to the production team of the biennale.

The fourth edition, which will run up to March 29 next year, will have ten venues in Fort Kochi and mainland Kochi, 138 artists and 100 art projects. The students' biennale this year at six venues will have art students from the SAARC region for the first time with 200 students and 80 projects. The International Biennial Association, which was scheduled to meet in Buenos Aires, Argentina, for its fifth general assembly, will instead assemble in Kochi during December 15-16 and also organise a public seminar. 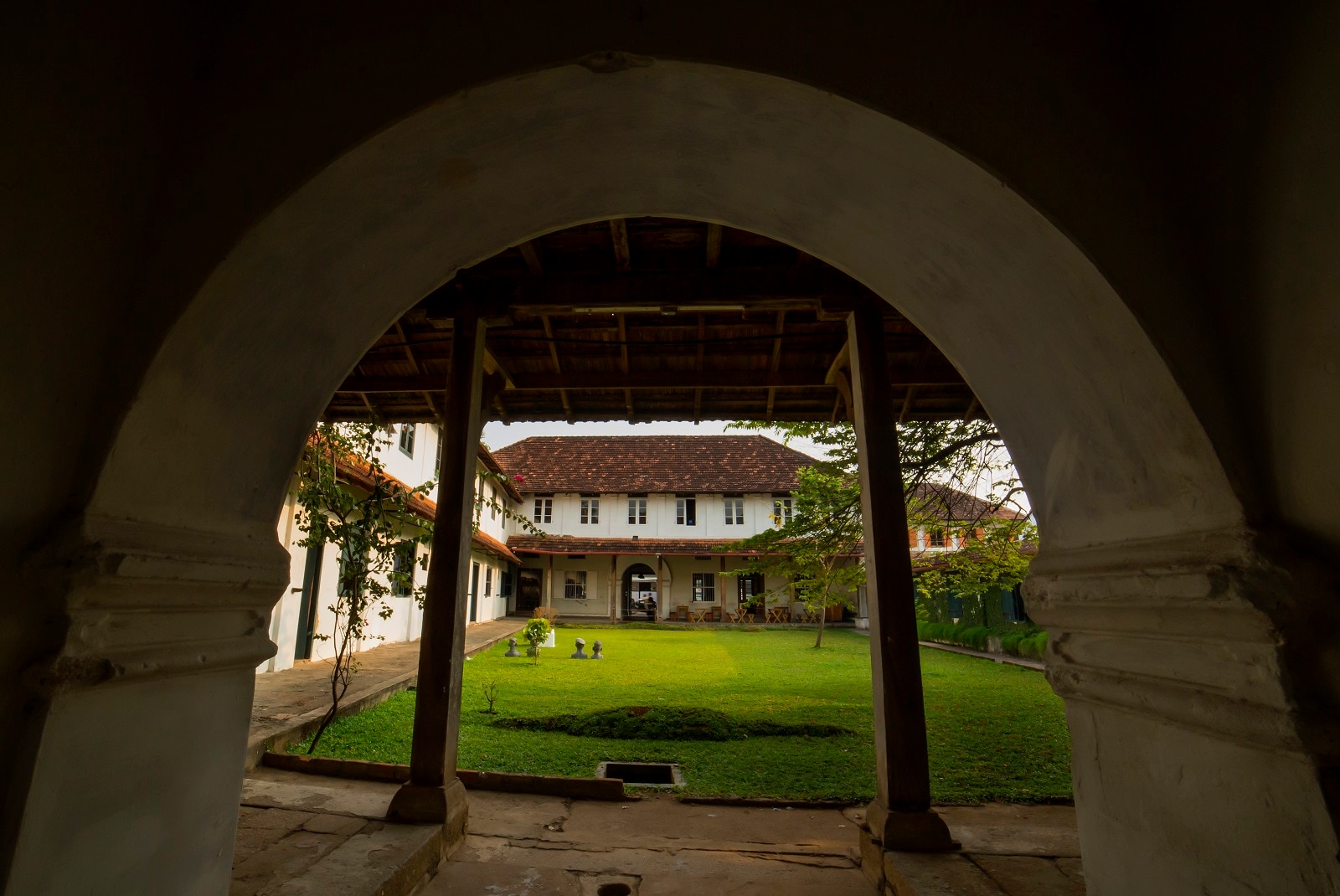 Pepper House, a venue of the biennale in Fort Kochi.

"We are fortunate to have a women curator this year," says the biennale foundation president Krishnamachari. "We are collaborating with Kudumbashree, which is the largest women's organisation in Asia. We are seriously looking at gender issues," adds Krishnamachari, who is leading the biennale's art auction project to raise funds for the Kerala flood victims. "My first call was to (sculptor) Anish Kapoor and he said he would do anything for Kerala," says Krishnamachari. "Kapoor provided a special work for the auction. Subodh too pitched in. We would like to raise the maximum funds for Kerala from the auction on January 16." A month-long exhibition of the auctioned art works is also planned in Fort Kochi to give an opportunity for the people of Kerala to see such high quality, high value works of art.