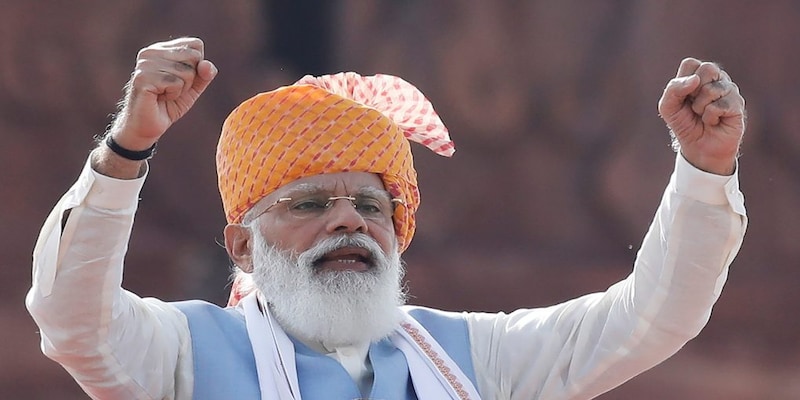 PM Narendra Modi said that India is one of the few nations in the world possessing end-to-end space technology like satellite design, launch and monitoring capabilities, interplanetary missions, and orbital launch vehicles.

Prime Minister Narendra Modi on Monday launched the Indian Space Association (ISpA), an independent industry body that will be looking at matters of space and technology, via video conferencing. Modi that the new agency will be a single contact point for space technology-related matters.

The agency is aimed at opening up space for more private sector enterprises, to drive innovation and exploration. While more cooperation was seen in recent years between the government and other private enterprises for space technology, space was seen as a frontier for governmental regulation.
The association will focus on self-reliance and boost India's capabilities in the space sector on the lines of 'Atmarnirbhar Bharat'.
Its founding members include Larson & Toubro, Nelco (Tata Group), OneWeb, Bharti Airtel, Mapmyindia, Walchandnagar Industries and Ananth Technology Limited. Other core members include Godrej, Hughes India, Azista-BST Aerospace Private Limited, BEL, Centum Electronics and Maxar India, the PMO stated in a press release.
"We introduced innovation to this field. We also gave the mantra of cooperation between the Centre and start-ups," PM Modi said.
The recent boom in space technology across the world is courtesy of large private organisations that are exploring the limits while driving innovation forward.
"This is the time for exponential and not linear innovation. This is possible only when the government plays the role of an enabler, and not the handler. Today, the government is sharing its expertise, and providing launch pads for the private sector. The Indian Space Research Organisation (ISRO) is being opened for the private sector,” Modi added.
He also highlighted the "four pillars" of space technology; freedom for innovation in the private sector, a government that plays the role of enabler and not a handler, preparing future generations for the years to come, and treating the space sector as a resource for the progress of the common man.
Modi said that India is one of the few nations in the world possessing end-to-end space technology like satellite design, launch and monitoring capabilities, interplanetary missions, and orbital launch vehicles.
Adding that the space sector needed efficiency and affordability, Modi said that the government would be supporting the industry and start-ups. One way that the government is aiming to do so is by building platforms, like UPI and others that the sector can use to develop solutions.
Noting that he was making the announcement on the International Day of the Girl Child, PM Modi said he hoped to see more women participate in the sector as well.
Check out our in-depth Market Coverage, Business News & get real-time Stock Market Updates on CNBC-TV18. Also, Watch our channels CNBC-TV18, CNBC Awaaz and CNBC Bajar Live on-the-go!