The galaxy is presumed to be a normal spiral galaxy like the Milky Way before its collision and is likely to continue transforming. The newly released images also gives an insight into the galaxy's past.

One of the most powerful telescopes ever made has delivered images from deep space — roughly 500 million light years away. It has now unveiled the Cartwheel Galaxy, a rare ring galaxy once shrouded in dust and mystery.
The Cartwheel Galaxy's appearance is like that of the wheel of a wagon due to a high-speed collision between a large spiral galaxy and a smaller galaxy. The smaller galaxy is not visible in the image.
The released images show that the Galaxy has two rings — a bright inner ring and a colourful surrounding ring. These two rings expand outwards from the centre of the collision and are also called a “ring galaxy”, by astronomers due to their distinctive features.
Also Read: Asteroid bigger than two football fields whizzes past Earth
The bright core contains a tremendous amount of hot dust, with the brightest areas being the home to gigantic young star clusters. On the other hand, the outer ring, which has expanded for about 440 million years, is dominated by star formation and supernovas. As this ring expands, it ploughs into surrounding gas and triggers star formation. 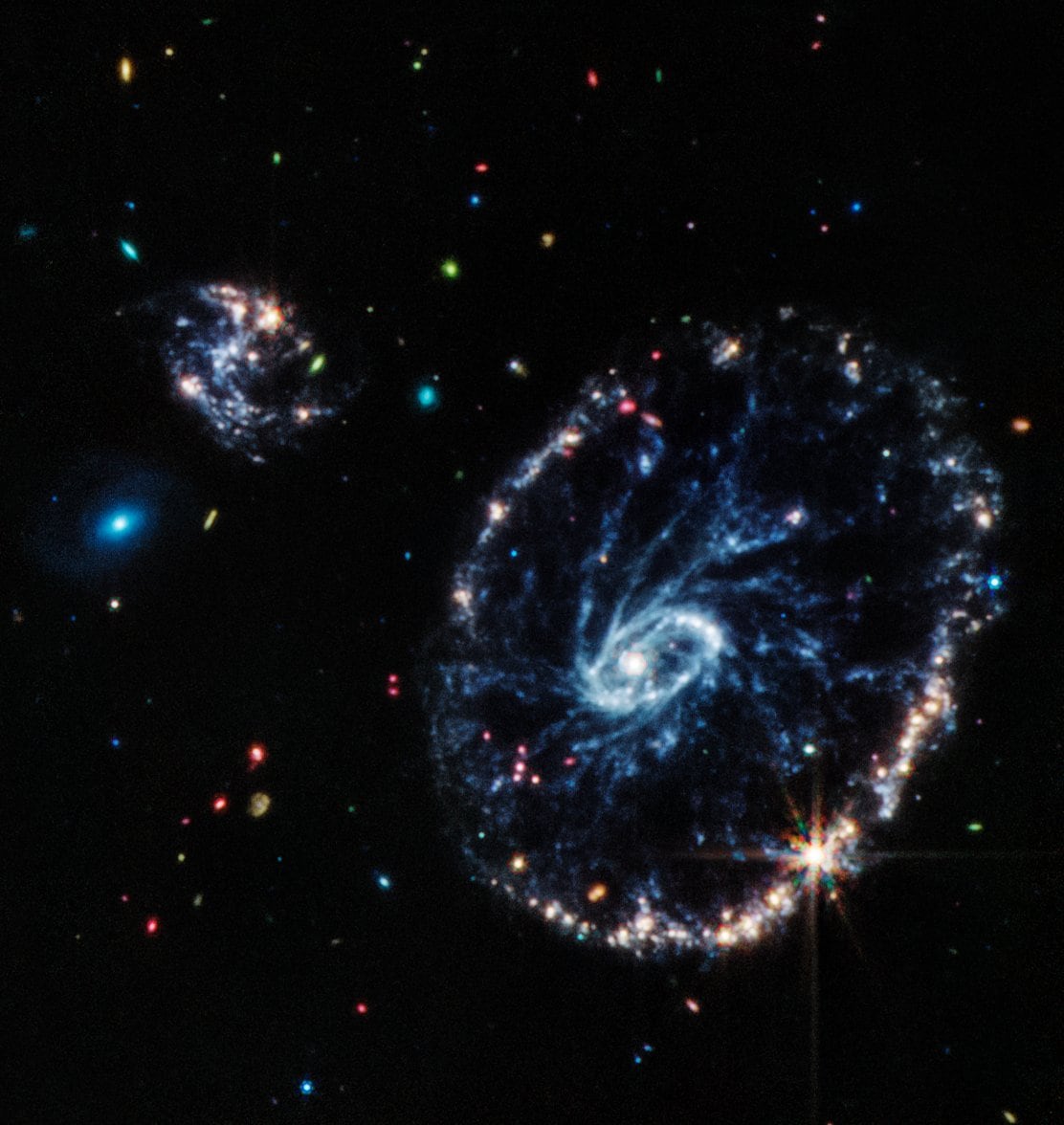 However, this is not the first time this galaxy has been examined. Other telescopes, including the Hubble Space Telescope, have previously examined it. But due to the amount of dust surrounding it, the dramatic galaxy has been shrouded in mystery. With its ability to detect infrared light, the Webb telescope has now given much clearer images.
Webb’s primary camera- the Near-Infrared Camera (NIRCam), looks in the near-infrared range from 0.6 to 5 microns.
Also Read: South Korea launches its first Moon mission on SpaceX rocket | Watch
The galaxy is presumed to be a normal spiral galaxy like the Milky Way before its collision and is likely to continue transforming. The newly released images also give an insight into the galaxy's past.
One of the world's premier space science observatories, the James Webb Space Telescope, helps scientists and researchers to study distant galaxies and stars. Webb is an international program led by NASA with its partners, ESA (European Space Agency) and the Canadian Space Agency.
Also Read: ISRO eyes share in global small satellite market with SSLV launch on August 7