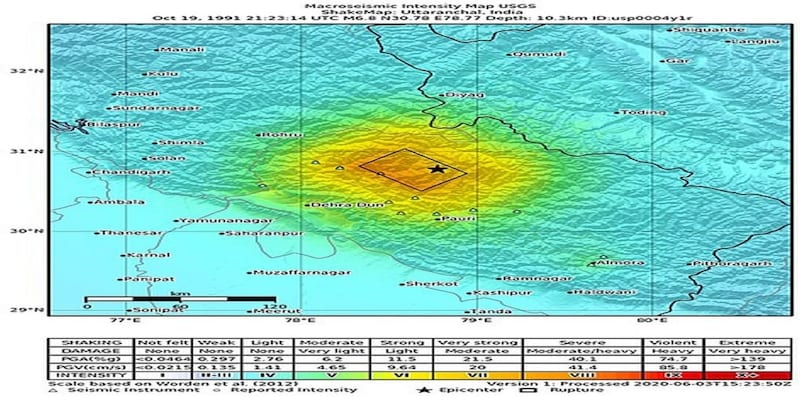 According to researchers at the Indian Institute of Technology, Roorkee, if fibres from waste plastic bottles is mixed with soil in a particular ratio, it would help to minimise damage during earthquake by strengthening the soil of that area

Scientists at IIT-Roorkee have developed a technique to use waste plastic bottles to mitigate earthquake damage. According to researchers at the Indian Institute of Technology, Roorkee, if fibre from waste plastic bottles is mixed with soil in a particular ratio, it will help minimise damage during earthquakes by strengthening the soil of that area.

According to Prof Satyendra Mittal, principal investigator of the project, the use of plastic fibres for soil reinforcement helps in “mitigation of the liquefaction phenomenon in embankments, slopes, man-made fills or other geotechnical structures”.
The study was published in the peer-reviewed journal Geotextiles and Geomembranes under the title “Use of polyethylene terephthalate (PET) fibres for mitigating the liquefaction-induced failures”, The Times of India reported. Sanjay Kumar Shukla and Arpit Jain were also part of the research team.
ALSO READ:
Earthquake of magnitude 6.6 strikes Nepal, tremors felt in Delhi-NCR
During the tremors of an earthquake, the strength and stiffness of the soil are reduced in the area where water levels are not too deep. This soil starts behaving like a liquid, a phenomenon known as liquefication.
The researchers said that PET fibres enhance the liquefaction resistance of fine sand. Around 2 kg PET fibres can be mixed with 100 kg sand or soil to reinforce the strength of the soil in an area by 40 to 60 percent. Losses caused by earthquakes in such soil can be more than 70 percent less in comparison to normal soil, they said.
ALSO READ: Earthquake of 6.1 magnitude strikes near Mentawai Islands, Indonesia
The findings come at a time when a series of earthquakes have jolted Nepal and its surrounding areas in the past two weeks. Last week, the Himalayan country was hit by an earthquake of magnitude 5.4, about 212 km southeast of Joshimath in Uttarakhand.
On Wednesday, an earthquake of magnitude 4.1 shook parts of Himachal Pradesh. The epicentre of the earthquake was located 27 km north-northwest of Mandi in the hill state, PTI reported.
(Edited by : Sudarsanan Mani)
Check out our in-depth Market Coverage, Business News & get real-time Stock Market Updates on CNBC-TV18. Also, Watch our channels CNBC-TV18, CNBC Awaaz and CNBC Bajar Live on-the-go!