Updated : April 06, 2018 02:11 PM IST
Due to its diverse geography, languages, culture, climate, income groups and tough terrain, India is the toughest, yet most exciting FMCG market in the world.
The list of FMCG companies that have succeeded in India has people who earned their stripes or helmed Unilever, Pepsi or Cadbury.
Each of these companies is a case study in supply chain management or culture change or brand push.

Success in fast moving consumer goods (FMCG) is a symphony of perfection -- a perfect product at the perfect price, available at the perfect store, at the perfect time in perfectly attractive packaging. And don’t forget the perfect communication with a brand name that sounds well, perfect. The need for such perfection increases manifold if success has to be achieved in India.

Due to its diverse geography, languages, culture, climate, income groups and tough terrain, India is the toughest, yet most exciting market in the world. From “I’m not like those people!” to “We are like this only!”, the Indian consumer switches individuality and homogeneity with unparalleled ease.

A few years ago, when I was given the opportunity to analyse the FMCG sector as a profession, I was both salivating with excitement and palpitating with nervousness. “Watch for changes, small and big,” is the mantra I started with, and still follow diligently.

As time went by, I realised that a change in the top management impacts an FMCG company’s future like no other. An even bigger change happens when an outsider joins the helm.

While each individual may have a different outlook and goals towards a company’s growth, some have made a bigger impact than others. On further analysis, the similarities between these leaders who made the difference were stark.

What I soon realised was that all the great FMCG leaders in India come from what I call “UniPepCad”.

UniPeCad is the acronym I have created for the three companies from where great FMCG leaders have emerged. They are Unilever, Pepsi and Cadbury.

I’ll talk about all these leaders in a moment. Before that, note that all the three FMCG powerhouses have succeeded in all the perfection parameters I mentioned above.

Case Studies on How to Win in India

HUL is a case study in supply chain management, boasting several stock keeping units and a raft of products ranging from ice creams that don’t last beyond 20 minutes to soaps, shampoos and detergents that have a shelf life of many months. The Cadbury rulebook offers lessons on how to create a cultural change in a country that is divided by Motichoors, Gulab Jamuns, Sandeshes and Payassams and unite it with “Kuchh Meetha Ho Jaye”.

The reason I chose Pepsi over Coke is because I believe that at the peak of the Cola wars, Pepsi was able to create a strong niche for itself and a bigger mind share than Coke. Pepsi had some phenomenal ad campaigns before Coke came up with the “Thanda Matlab” series.

I vividly remember most of Pepsi’s cricket and Bollywood commercials. While I don’t have the data to prove Pepsi’s supremacy over Coke during those days, I reckon they did very well, and there’s “Nothing Official About It!”

So here are the members of the FMCG Hall of Fame. They have all emerged from the hallowed precincts of UniPepCad. 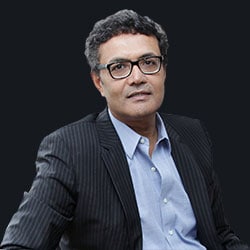 Varun Berry’s exploits at the Wadia-owned Britannia are well known. He’s an illustrious alumnus of the UniPepCad, having worked at both Unilever and Pepsi before turning his attention to cookies.

Prior to joining Britannia as COO in 2013, Berry served as the CEO of the food business at PepsiCo India Holdings between 1993 and 2012. He also worked at Hindustan Unilever in various marketing and sales roles.

As a result, the profitability of Britannia increased 2.2 times in this period. Shareholders are elated because the company’s stock price has surged six times since the date of his appointment. 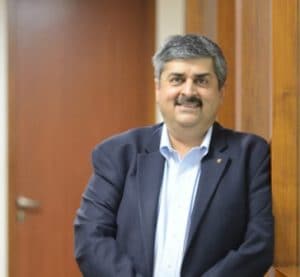 Bharat Puri has a distinguished pedigree. He drew his initial lessons from his illustrious cousin, Aditya Puri, managing director of HDFC Bank. After graduating from IIM Ahmedabad, he joined Asian Paints in 1982.

The UniPepCad leg of his life began in 1998 when he joined Cadbury India.

He was named managing director of Cadbury in 2002 and remained at the helm until 2008. During this period, the company faced its biggest challenge ever in the form of the rampant incidents of worms in its products. The manner in which Puri and team handled the crisis is the stuff of B-School legends.

Dalal Street has rewarded the performance with a stock price jump of nearly 50% during his tenure. 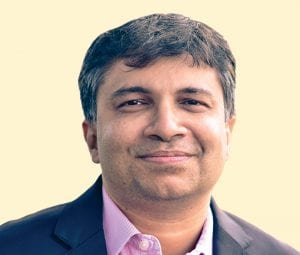 The ever-smiling, shy engineer from IIT Kharagpur and graduate from IIM-B is responsible for the healthy finances and formidable market position of Marico, which owns popular brands such as Parachute, Saffola and Nihar.

Gupta’s stint at UniPepCad came at the start of his career at Cadbury where he spent nine years in various roles in sales and marketing. At Marico, Saugata has been CEO since April 2013 and managing director since March 31, 2014. Under his watch, the company’s revenues increased to Rs 5,936 crore in 2016-17 from Rs 4,596 crore in 2012-13.

Gupta has pressed ahead with higher cost cutting and better performance of premium products, which expanded margins by 600 basis points and grew profits by 100% in five years since 2012-13. With the company’s bottom line increasing, shareholder returns have tripled to 320 from 106 at the time of writing this article.

One basis point is a hundredth of a percentage point. 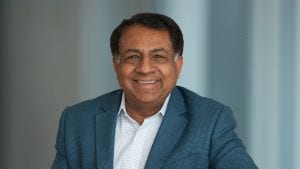 Kripalu has been the managing director and CEO of drinks maker United Spirits since September 1, 2014. Previously, he worked at Cadbury in various capacities, including managing director of Mondelez India Foods after its takeover by the American company in 2010.

Kripalu holds a double degree from UniPepCad as he has not only worked with Cadbury but also with Unilever. He joined Unilever in 1983 as a management trainee and spent more than two decades at the company.

Despite the heavily regulation in alcohol, the operational performance of United Spirits has steadily improved under Kripalu. The company’s EBITDA has grown to Rs 1,429 crore in 2016-17 from a loss of Rs 138 crore in 2013-14, the year before Kripalu induction. Notwithstanding a volatile run on Dalal Street, shareholders of United Spirits are richer by 52% already. 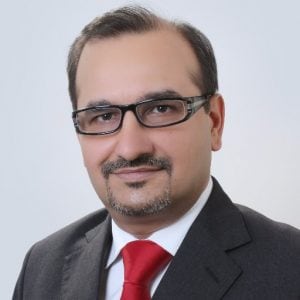 The Jubilant Foodworks story represents one of the most phenomenal turnarounds in recent history. When Pota joined Jubilant in August 2017, the company had just reported its weakest financial performance. It lost market share and customers.

Shareholders were dumping the stock. The stock plummeted to Rs 761 apiece, down 60% from its peak. Enter Pota.

Pota was previously with PepsiCo India Beverages and was named CEO of Nourishco beverages, the joint venture between Pepsi and the Tatas. Like Berry, Pota too served at Hindustan Lever as a manager of marketing. He also served in Airtel for four years where he played a key role in launching Airtel mobile operations in western India.

Pota, who holds an electrical engineering degree from BITS Pilani and management degree from IIM Calcutta, has managed to revive Jubilant by improving products, reducing costs and focussing relentlessly on bringing back the glory of its flagship pizza brand Domino’s.

In the nine months that Pota has been in charge, Jubilant has reported the best financial performance in recent times, improved same store sales growth to multi-year highs. The stock price reflects this progress, surging to around Rs 2,350.

Pota’s entry into this list of UniPepCad members is the most recent and his journey needs to be watched closely.