Summer delayed but appliance makers are already feeling the 'heat'

Updated : March 26, 2019 01:20 PM IST
Channel checks suggest that AC inventory in some region is as high as 3 months due to the insipid demand.
Summer has already been delayed as the winter wave continued in North India till Mid-March.
However, the industry experts are hopeful of a better performance going forward.

2018 has been a washout year for the consumer appliance makers as demand failed to take off while high competition kept margins under pressure. Despite double-digit sales growth for the consumer electricals sector in the first nine months, EBITDA and PAT growth remained muted due to expensive imports and lag in initiating price hikes.

And the start of 2019 hasn’t been promising. Channel checks suggest that AC inventory in some region is as high as 3 months due to the insipid demand. Most dealers of white goods and electricals were cautious on restocking in the first two months of 2019 as the demand trend remained uncertain. Summer has already been delayed as the winter wave continued in North India till Mid-March.

Sales are expected to pick up post-Holi, but not without heavy discounting. Reports suggest that the industry has had to take price cuts anywhere between 5-20 percent for the slow-moving products like AC, refrigerators.

Emkay report suggests Whirlpool, Hitachi, Voltas, LG, Samsung among others have dropped prices by up to 20 percent. This, at a time when the industry is already facing margin crunch because of higher commodity prices. For example: in Q3, AC sales for Voltas declined by 4 percent YoY while the margins saw a cut of 400 basis points. The likes of Blue Star and Havells also reported a margin drop of 150-300 basis points. 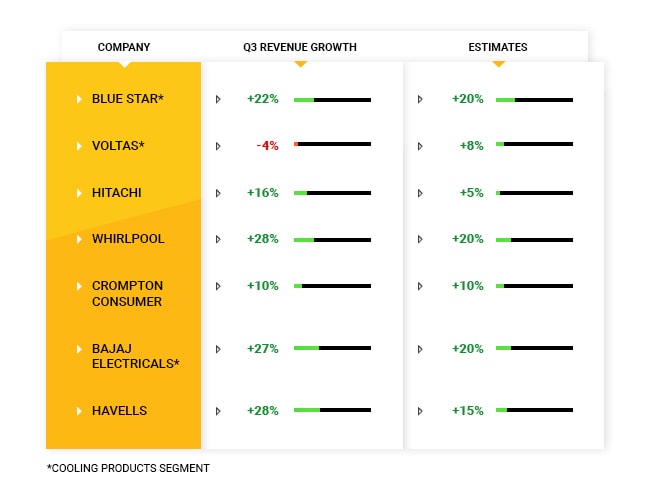 However, the industry experts are hopeful of a better 2019.

Godrej Appliances expects to see high consumption of cooling products this year. It expects the prices to remain elevated due to high cost with respect to changing inverter technology.

Big Bazaar believes that the new rush of demand will come from smaller cities and says it is the small cities that are defining a new high in consumption patterns.

Companies are also coming up with new product launches with innovative technologies like combined purifier and AC to woo the consumers, however, the replacement demand continues to be sluggish so far. 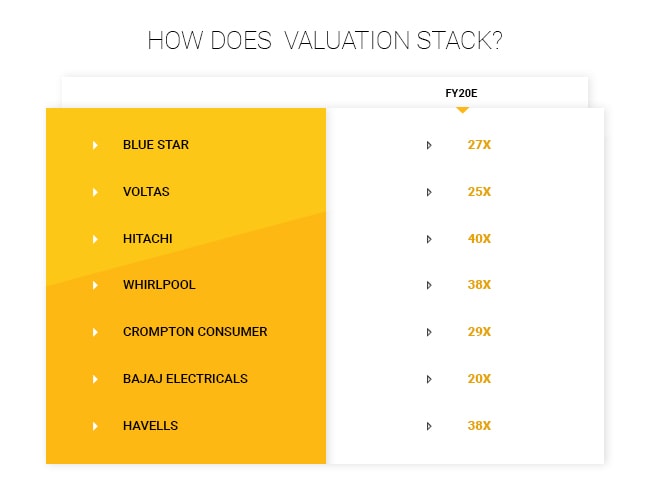