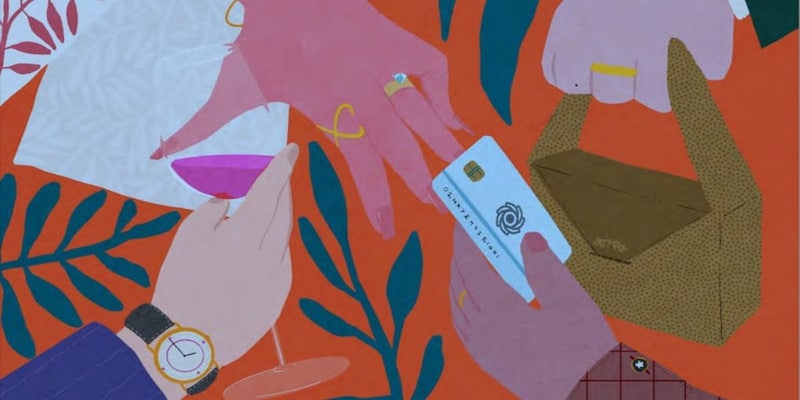 Atlas of Affluence (AOA) is a white paper on luxury launched by The Voice of Fashion, a division of Reliance Brands Ltd. Besides a yearly study examined from various vantage points, AOA will evolve as a series of market related deep dives to appear periodically. With the pie of cuisine-led luxury only growing bigger, in its next, sub-category volume later this year, AOA will trace India’s Eat Map.

The Voice of Fashion, a division of Reliance Brands Limited (RBL), on Friday launched the Atlas of Affluence (AOA) 2022, a digital magazine that tracks and leads conversations on Indian fashion, design, crafts and retail. A press release said AOA 2022 is the "first such wide and deep white paper from India" that dissects consumer behaviour studied through the prism of luxury.
"A collective reflection on what affluence means in India spiked during the two years of the pandemic. Charting the post-pandemic market and the clearly altered consumer mindset through a specially commissioned study across six cities and markets of India, AOA 2022 has been published as a book with exclusively commissioned artworks," the press release stated.
The statement added that the study was formulated over the last several months through scientifically designed consumer research to understand metro and non-metro differences among buyers, brands and behavioural ideas behind consumption.

“In finance and business studies affluence is about assets compared to liabilities. But for an evolved luxury market — which includes aesthetic finesse, awareness, aspiration, affordability and distinction as well as trend defining choices — affluence brings a new set of affirmations. It is a combination of wealth, assets and high disposable incomes, with socio-cultural awareness, self-knowledge, and a response-able outlook,” says Shefalee Vasudev, editor, The Voice of Fashion.

AOA is positioned as a strategy document for all those creators and marketers of lucury products in India, and features aseries of columns, interviews, ground reports and features on architecture, personal style, the ascendance of India in South Asian design and global luxury, the emergence of the gold collar consumer and the growing market for beauty and wellness, the press release said.
Also read: Storyboard18 | Why the pandemic failed to deter sales of luxury brands in India
“Reliance Brands is happy to support the creation of the Atlas of Affluence, which will become the definitive document for understanding the luxury market in India not just for businesses already operating in this sector but for global businesses looking to invest in the India story," a spokesperson said.
AOA features guest columns by The Oberoi Group’s Vikram Oberoi, American Express’ Manoj Adlakha, couturier Tarun Tahiliani, DLF Retail’s Pushpa Bector among other leading industry names. It also has voices from designers Anamika Khanna, Manish Malhotra, Hanut Singh and PVR founder Ajay Bijli.
The report will be available to download on Saturday from The Voice of Fashion website.
Disclaimer: Network18, the parent company of CNBCTV18.com, is controlled by Independent Media Trust, of which Reliance Industries is the sole beneficiary.
Check out our in-depth Market Coverage, Business News & get real-time Stock Market Updates on CNBC-TV18. Also, Watch our channels CNBC-TV18, CNBC Awaaz and CNBC Bajar Live on-the-go!