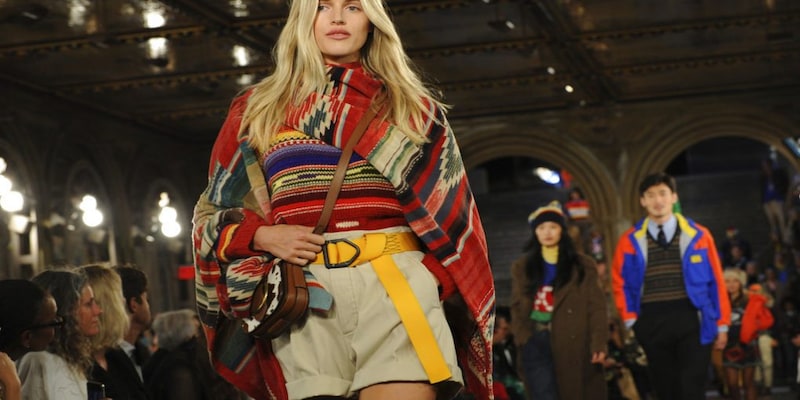 Mexico had earlier filed complaints against major clothing brands like Zara, Mango and SHEIN for copying motifs, embroidery and colours of its indigenous communities.

The Mexican first lady, who also heads a cultural affairs commission in her country, on Thursday accused US fashion brand Ralph Lauren of plagiarising indigenous designs.

“Hey Ralph (Lauren): we already realised that you really like Mexican designs," Beatriz Gutierrez wrote on Instagram on October 20.

The journalist, writer and researcher, who is married to President Andres Manuel Lopez Obrador, said these designs were an appropriation of the work of the country's pre-Hispanic cultures and that the luxury fashion brand was copying them, thereby “committing plagiarism, which is illegal and immoral."

Gutierrez shared a photo of a cardigan carrying the Ralph Lauren label with colourful indigenous motifs, displayed in a store. She claimed that the design matched with those of the Mexican communities of Contla and Saltillo, AFP reported.

Asking the fashion brand to at least acknowledge the original community, Gutierrez hoped that Ralph Lauren would compensate them as they “do this work with love and not for million-dollar profit."

Meanwhile, Ralph Lauren said it had issued a directive to remove the product from its channels after discovering it a few months earlier, and was "surprised" to see that it was still being sold, Reuters reported.

“We are deeply sorry this happened and, as always, we are open to dialogue about how we can do better,” the US fashion retailer said in a statement.

Since assuming office in 2018, President Andrés Manuel Lopez Obrador started a campaign to reclaim Mexican relics, lodging complaints against auction houses in the US and Europe.

Also read: Nothing partners with Myntra ahead of the Ear (stick) launch

Mexico had earlier filed complaints against major clothing brands like Zara, Mango and SHEIN for copying motifs, embroidery and colours of its indigenous communities.

In 2020, French designer Isabel Marant apologised to the country for using traditional patterns picked from an indigenous community in western Mexico.