Loved the tea? You can soon reward the farmer who plucked the tea leaf

Updated : October 21, 2019 02:20 PM IST
ACIL, the oldest tea company in the world, has partnered American agritech company ​SmartFarms Inc and will introduce the “Farm to Cup” system to reward the farmers.
For the farmers working hard behind the scenes and earning about Rs 300-350 a day, this could be a historic shift as their work could now get recognised.

The Assam Company India Limited (ACIL) plans to reward tea farmers with the use of Artificial Intelligence (AI), blockchain technology and Big Data.

ACIL, the oldest tea company in the world, has partnered American agritech company ​SmartFarms Inc and will introduce the “Farm to Cup” system that would enable tea drinkers in any part of the world to reward the farmer who has plucked the tea leaf used for their cup of tea.

It will be based on a barcode system together with a unique reader to identify the codes, supported with blockchain technology, allowing traceability, identification, proof of authenticity and quality assurance.

ACIL director Sanjay Jain explained how it will work. The marking will give an identity to the product, he said, adding that an Israeli firm will help with DNA barcoding and RFID technology for the cause of traceability — from the moment the tea leaf is plucked till the moment it is consumed at the consumer level. "If anyone in America drinking a cup of tea wants to tip the farmer who plucked the leaves, they will be able to do so using an app,” he said at a day-long event held Saturday at the Maijan tea estate in Dibrugarh district.

For the farmers working hard behind the scenes and earning about Rs 300-350 a day, this could be a historic shift as their work could now get recognised and rewarded from the field to the tea-table. ACIL aims to help farmers increase productivity and reduce costs.

ACIL is also the first tea company to be testing an agricultural drone in Assam tea gardens for spot spraying tea bushes. A farmer would no longer need to carry hand-operated sprayer on his back, without any precautions. To help protect the health and safety of Assam tea farmers, SmartFarms Inc will guide ACIL to build the fully automatic spraying drone that will deliver doses of liquid chemicals and pesticides as it flies over the garden. 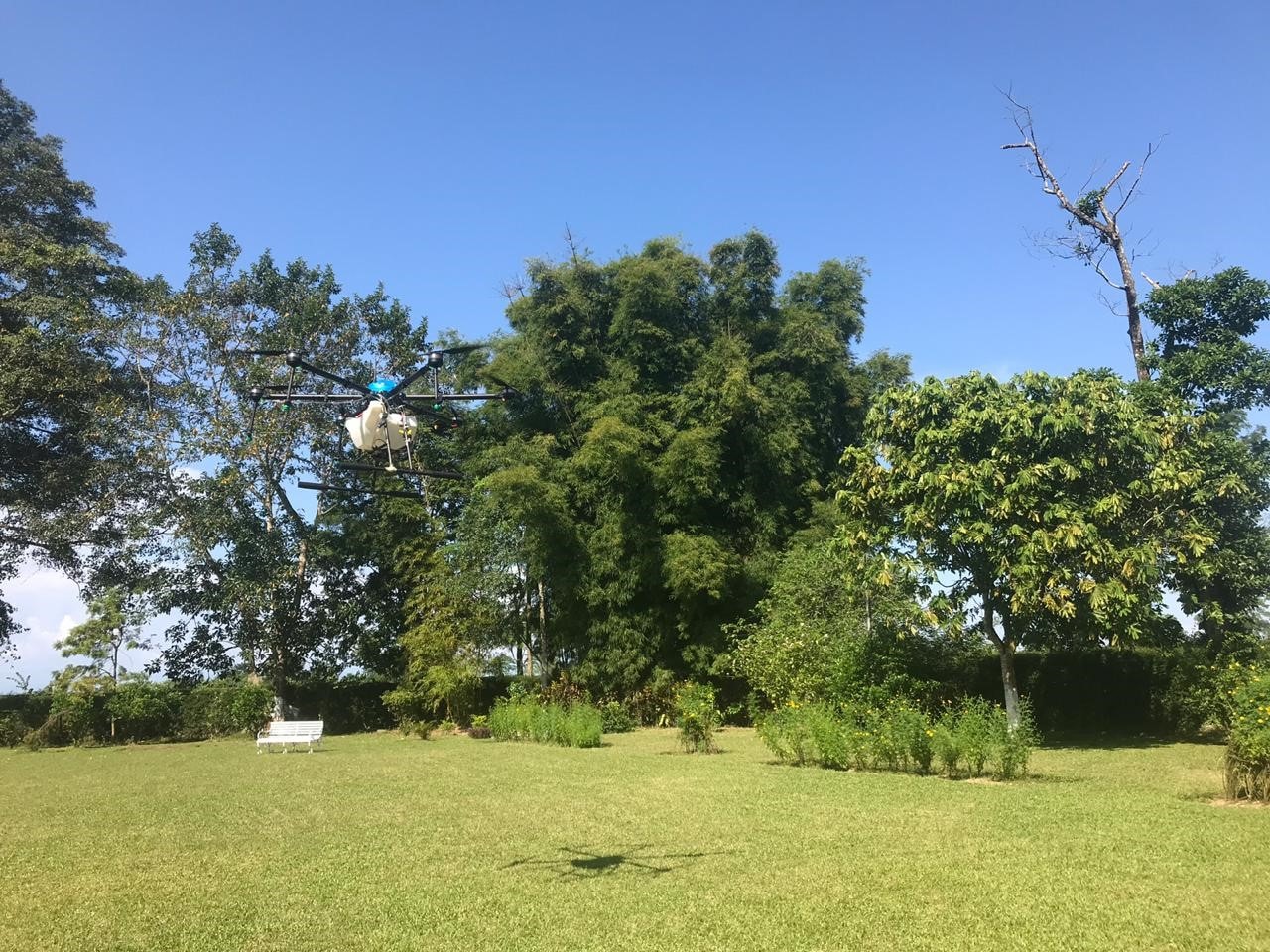 “Farmers were earlier spraying in a large area — now with drone technology, we will first try to identify where the problem occurs. The drones will be flying every week, and it will be a spot-oriented approach based on identifying the affected areas and then starting the treatment immediately. The agricultural drone will help in accurate spraying,” said Jain.

ACIL was incorporated by the Royal Charter of the British Empire in 1839. Of the 14 tea estates across the state, the ACIL group currently has 10 plantations in Upper Assam’s Dibrugarh and Tinsukia districts.

The Maijan tea garden encompasses over 500 acres in Dibrugarh. ACIL currently produces 1.1 crore kilograms a year and aims to increase its capacity to 5 crore in the next five years by increasing farming capacity and additional acquisitions. The company headquarters will also be shifted from Kolkata to Assam for effective functioning.

ACIL had gone through corporate insolvency resolution process (CIRP) proceedings last year. BRS Ventures Investment Ltd had participated in the process under the Insolvency and Bankruptcy Code, 2016, and came out successful bidders. It acquired the company after the National Company Law Tribunal, Guwahati order in September 2018.

“Our aim is to bring technology and innovation at the forefront of the tea industry. This will not only impact the lives of 26,000 farmers at our estates, but the entire workforce employed in the tea sector across the country,” said BR Shetty, chairman, BRS Ventures.
Tags Artificial Intelligence Assam Company India Limited Assam Tea Assam Tea farmers blockchain drone technology Farm to Cup SmartFarms Inc