CNBCTV18.com Exclusive: A small design studio in Delhi takes on global luxury goliath Christian Dior for a knockoff — and wins

Updated : June 14, 2018 02:48 PM IST
People Tree wins a copyright infringement battle that played out in private offices and on social media.
Dior reaches an out-of-court settlement with Delhi-based People Tree after being accused of plagiarism.
The deal includes a non-disclosure agreement after Dior was forced to come to the negotiation table.

People Tree, a small Delhi-based design studio, secured a major legal victory against Christian Dior for copyright infringement after it took to task the French luxury behemoth for plagiarising its block print design of a man doing yoga.

After a six-month-long pitched battle that largely played out in People Tree and Christian Dior offices —and in small parts on social media — Orijit Sen, the founder of People Tree, says his company has reached an out-of-court settlement. As part of the settlement, People Tree has signed a non-disclosure agreement that bars it from revealing details.

“The agreement was reached just a few days ago, and there is a non-disclosure clause. We want to move on from the controversy. We are working on setting up a studio and workshops for collaborative crafts, art and design projects,” according to Sen. CNBC-TV18 contacted Christian Dior, but hasn’t received comment yet. There has also been no official public statement from the brand so far.

People Tree’s strong stand against the copying of its design and its victory is a vital step against knockoffs in an industry awash with copyright violations in both the luxury and mass market. Indeed, the story of global luxury giants impudently ripping off the work of young designers and design studios, though largely untold, isn’t new.

Adriene Dubois, a Paris-based fashion blogger and writer, who wrote about People Tree's battle with Christian Dior in French newspapers, says, “There have been several murmurs about how big brands feed off small designers and studios without any due credits. In the digital era, it is so easy to source images of creative work being done by independent designers. But this is the first time that a design studio in India has taken on a big brand like Christian Dior on a few social media platforms and in private.”

Dubois says the controversy, which played out in the international media to a large extent, has hurt Dior’s image as a brand. “They take their image very seriously and being accused of plagiarism is a big deal in France.”

While Dior wasn’t available for comment, sources in the fashion industry said the brand’s design team receives creative inputs from their global collaborators across the world, and some of these inputs inspire new collections. Someone in India may have sent the print of the design to the French team without crediting it to the rightful source.

How the controversy played out

In January 2018, the People Tree team accused Christian Dior of plagiarising their yoga print after they came across an Elle India edition with Bollywood star Sonam Kapoor wearing the Dior dress on the cover.

An incensed Pakhi Sen, Orijit’s daughter and one of the creative brains behind the brand, tweeted the image of the cover and a photograph of their original design, with the hashtag #shameonyoudior.

Kapoor’s boho-chic dress was sourced by the stylist of the magazine from Dior’s Cruise 2018 collection, which was designed by the brand’s artistic director Maria Grazia Chiuri.

The Dior version had the same motifs placed in a pattern. The earth colour of the dress was strikingly similar to that of the original People Tree dress. There was only one difference: while in the People Tree design, the yoga pose was alternated with the motif of a lotus, in the Dior design, the flower was a tulip. 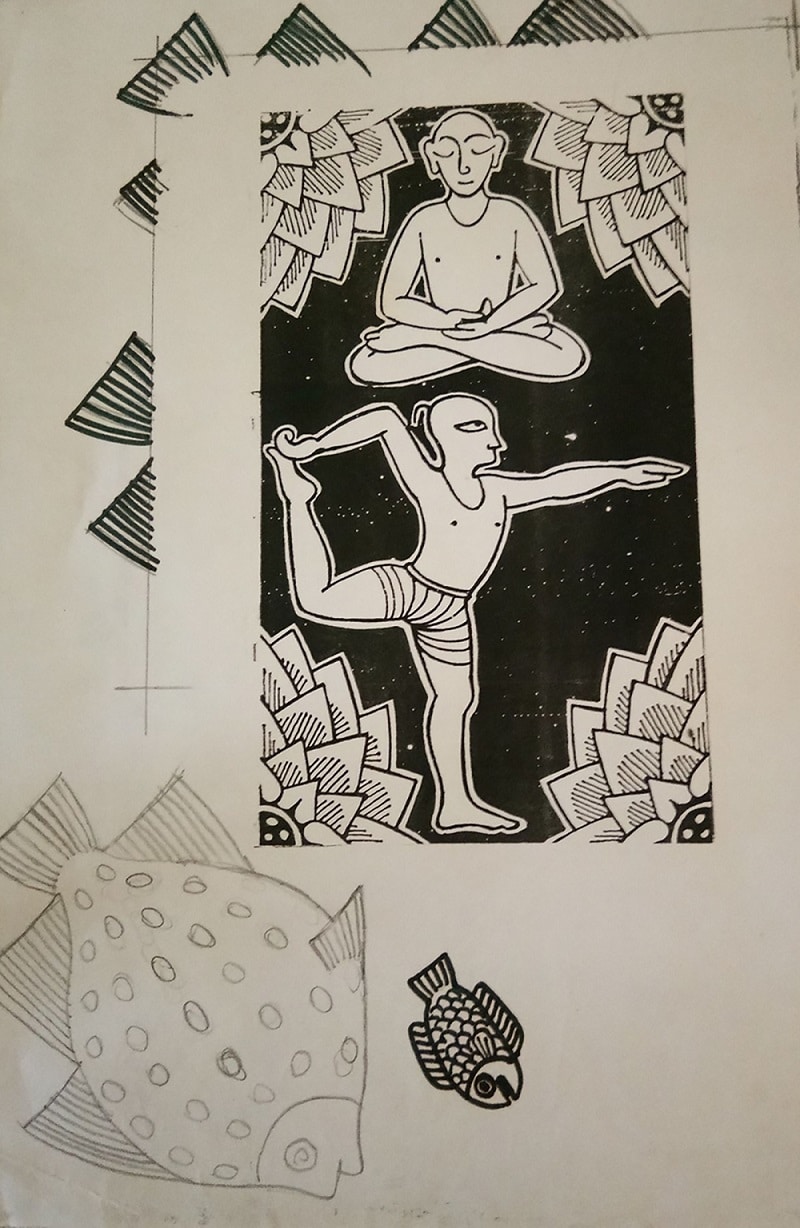 Orijit Sen, famous as much for his temper as for his designs, wrote on his Facebook account, “I’d like to set an example here, so these mega brands with mega budgets think twice before plagiarising the work of small independent creators with impunity.”

The online community began furiously sharing the tweet and the Facebook post, which is how it reached so many people internationally, and ultimately, the Dior studios in France.

Orijit’s People Tree may be a small design studio, but among Delhi and Goa’s upscale fashion crowd, it is famous for selling handcrafted cotton clothing, trendy jewellery and cool stationery.

He set up the studio in the late 1990s with his wife, Gurpreet Sidhu. He is said to have developed this particular block print motif in collaboration with a few families of block printers in Kaladera, deep within Rajasthan.

In his rather lengthy Facebook post written sometime in January, Orijit stated, “We started working on printed hand-dyed textiles in the mid 1990s to reach out to newer contemporary markets. At that time, Indian block printing from Rajasthan was used only by a few boutiques that catered to an older audience. We realised that if we didn’t make the prints cool and relevant for a younger audience, it would disappear.

That’s why we started redesigning motifs from what we saw around us and creating a new language of modern India.” In his post, Sen had claimed that he penned the design of a man doing yoga in 2000.

The campaign against Dior

While People Tree relentlessly posted and talked about Dior’s audacious plagiarism act online, they also consulted several lawyers on the course of action they could consider. Sources say they sent out a letter to Dior’s head office in France, as well as their India office, condemning the act and asking for an explanation, but were ignored by the brand for the first few days. This was till they talked about taking Dior to court.

Desai says powerful brands find it easy to plagiarise work of Indian designers because most do not register their designs. “Also, designers who work with artisans know that patterns and motifs that emerge from our craft traditions do not belong to one individual. It belongs to the entire community,” says Shibani Kashyap, a NEFT graduate and a designer who works with artisans and craftspeople.

“Indian craft communities have been suffering because of lack of patronage, support and backing from the Indian government. For them, copyright infringement is a non-issue. It is only because a social media savvy design studio like People Tree was involved that Dior had to sit up and take notice.”

According to Dubios, several international brands can be accused of cultural appropriation. “Many take motifs and patterns belonging to an ancient culture, and use it out-of-context on high-fashion clothing without even acknowledging the original culture. So many old cultures are beset with such huge social and economic issues that they do not have the resources or the energy to take on such acts of cultural misappropriation. It is left to independent studios like People Tree to launch a legal and social media campaign that can force brands to rethink their design strategies.”

Deepali Nandwani is a journalist who who keeps a close watch on the world of luxury.
Tags Christian Dior Dior Luxury People Tree