Updated : November 30, 2018 06:49 AM IST
Over the long term, there is a huge scope for Unilever to reduce inefficiencies, optimise marketing spends and recalibrate GSK Consumer’s expenses to ensure that its higher gross margins percolate to the EBITDA and Net Profit.
While the ingredients for a potent potion are in place, only time will tell whether Unilever can make a great meal out of Horlicks or will the latter be a difficult cup to digest.

Ever since GlaxoSmithKline announced that it’s putting Horlicks on the block, the world wanted a sip. According to media reports, at some point or the other, there was interest from Coca-Cola, Pepsico, ITC, Unilever, Nestle, Mondelez and some private equity players among others. Even Zydus-Cadila was in the fray until it became a Complan boy in October.

As the race for Horlicks nears the finish line, it seems Unilever has a lead over closest competitor Nestle.

While investors of GSK Consumer will be eyeing a lucrative deal-price and the promise of an open offer. Shareholders of Unilever's Indian unit  Hindustan Unilever Ltd (HUL) will await an eventual merger with GSK Consumer, once the deal is consummated between the British company and GSK. For the business, however, it’ll be interesting to see if Unilever’s strength can fortify Horlicks.

If reports are to be believed, for $3.4 billion, Unilever stands to benefit from this deal. Basic arithmetic indicates a revenue addition of 12.5 percent and earnings per share (EPS) addition of 15.5 percent to Unilever’s India business for a price that approximates between 8 and 10 percent of HUL’s current market capitalisation. This without accounting for synergies. Can the powers combine? If HUL is able to leverage Horlicks’ brand strength with the mighty reach in every nook and cranny of India, there’s a strong case for immense value creation. With the purchase of GSK Consumers, HUL gets access to more than half of India’s MFD (Malted Food Drinks) Market. 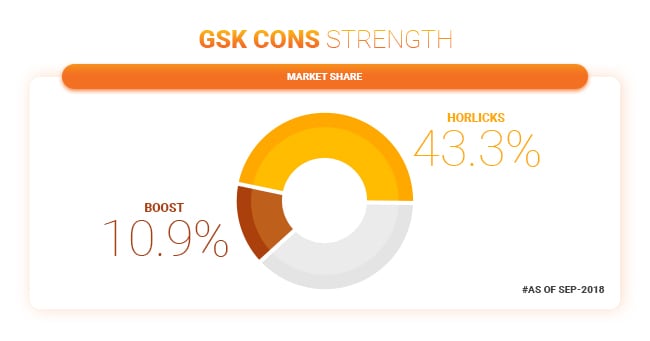 While clouds of stagnation, deceleration and health consciousness have been hovering above the MFD industry, there are few silver linings for HUL. To start with, Horlicks’ brand recall and strong positioning is beyond question. It’s an iconic brand with a loyal customer base. Secondly, while health consciousness is keeping people away from high levels of sugar in MFDs, the same awareness is bringing them closer to the wide array of high protein and other nutrition supplement products that are gaining shelf space.

There’s a huge opportunity for Unilever to roll out a host of protein based, low-carb, no sugar life altering elixirs and what not. Finally, smaller sachets of Horlicks are showing signs of high double-digit growth. All HUL would need to do is to pump these sachets through its humongous system and you have Horlicks oozing from the nation’s veins.

8 out of 10 Horlicks packs are sold in the southern and eastern part of the country. There is a huge opportunity for HUL to expand into northern and western parts of India. Over the long term, there is a huge scope for Unilever to reduce inefficiencies, optimise marketing spends and recalibrate GSK Consumer’s expenses to ensure that its higher gross margins percolate to the EBITDA (Earnings before interest, taxes, depreciation, and amortisation) and net profit. HUL will definitely look at lowering the slip between Horlicks’ cup (gross margins) and the lip (EBITDA margins).

However, a risk that looms large is HUL’s patchy past with respect to acquisitions. While Kissan has been a success, Unilever’s inability to turn Modern Bread around and failure to gain strong traction in Annapurna Atta, Captain Cook and Tarla Dalal among other Best Foods brands will keep investors on the edge.

While the ingredients for a potent potion are in place, only time will tell whether Unilever can make a great meal out of Horlicks or will the latter be a difficult cup to digest.
Tags Boost Coca-Cola GlaxoSmithKline GSK Horlicks HUL Nestle Unilever Unilever-GSK deal