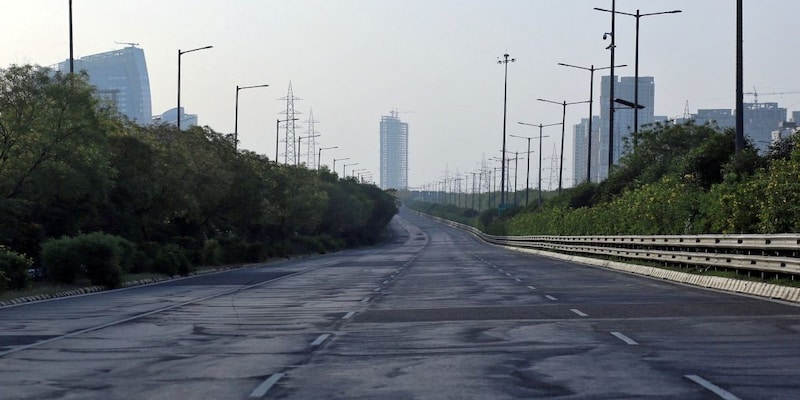 Yogi Adityanath pledged to put Uttar Pradesh on the growth path and his recent announcement to build a Film City in Noida has caught investors’ attention across sectors. The proposed film city, which will be developed near proposed Jewar International Airport, is expected to boost property prices in Noida, Greater Noida and Yamuna Expressway.

Yogi Adityanath pledged to put Uttar Pradesh on the growth path and his recent announcement to build a film city in Noida has caught investors’ attention across sectors.

The proposed film city, which will be developed near the proposed Jewar International Airport, is expected to boost property prices in Noida, Greater Noida and Yamuna Expressway.
Also, the subsequent development of infrastructure may help spur the demand for commercial and residential properties that are currently reeling under pressure from the COVID-19 pandemic led crisis, economic slowdown as well as regulators changes.
According to the state government presentation, 1,000 acres of land has been identified and the site is located in Sector 21 along the Yamuna Expressway in Gautam Budh Nagar.
“Similar to any mega infrastructure project, proposed film city too will help in reviving the property market in nearby areas like Noida, Greater Noida and Yamuna Expressway. However, the ‘real’ benefits - in terms of price appreciation and heightened real estate activity in residential, commercial and retail will be seen only once the project sees visible signs of construction activity or nears completion,” said Santhosh Kumar, Vice Chairman – ANAROCK Property Consultants.
For instance, property prices in Ayodhya shot up 25-30% back in 2019 when the Supreme Court verdict was announced and then almost doubled when the temple ‘poojan’ was done back in August this year.
In this case, there was some activity or progress that happened. “Likewise, even while the film city project has been announced and the area for it has also been identified, we need to see some ground activity for property prices to scale up significantly,” he added.
The property prices in Noida and Greater Noida are far more affordable in comparison to its counterpart in Haryana.
As per ANAROCK research, the average property prices in Noida are around Rs 4,795 per sq ft while in Greater Noida it is Rs 3,350 per sq ft. Meanwhile, the average prices in Gurgaon hover at Rs 6,100 per sq ft.
“Even before this announcement, real estate activity was already beginning to pick momentum in both the cities. Housing enquiries in Gurgaon have reached almost the same as the pre-COVID-19 levels while in Noida and Greater Noida enquiries are back at more than 80%. As mentioned earlier, it will be the progress of the project that will determine its impact on the property market and the trends therein,” Kumar said.
Real estate developers are of the view that the proposed film city will boost economic activities and investment sentiments in the region.
Dhruv Agarwala, Group CEO, Housing.com said that the development bodes well for the real estate sector and it is likely to have a positive impact on demand for both residential as well as commercial properties. Along with upcoming Jewar Airport, the proposed Film City is expected to provide a new lease of life to existing projects and will boost new project offerings immensely, he said.
“Such major developments bring a lot of positive momentum in developments and Investments. This announcement would be a boon for the region both in terms of residential and commercial development. Post Jewar Airport, this is the biggest announcement for the region and we hope that the work starts soon on this project,” said Manoj Gaur, MD, Gaurs Group & Chairman, Affordable Housing Committee - CREDAI (National).
Amit Modi, Director, ABA Corp & President (Elect), CREDAI Western UP is of the view that such an initiative will have a major economic multiplier effect on the local economy.
“It will not only attract the best talent involved in the filmmaking process but also millions of support staff and workers, who will be looking for accommodation in the region. We feel it will have a huge impact in both owned, rental, office and commercial real estate in the regions where National Production Houses will also be opening their satellite offices to support the filmmaking process. It is indeed a welcome step and will open gates of opportunities for the regional real estate market,” Modi said.
Deepak Kapoor, Director, Gulshan Homz believes that Noida will emerge as the most robust luxury real estate destination after the announcement of the film city as the people working in Bollywood would look for real estate spaces that can meet their standards and thus projects with niche offerings will fetch good rewards.
“Not only Yamuna Expressway, but the whole Noida region will benefit from this announcement. We foresee a massive appreciation in property prices within a radius of 50 km from the proposed film city. The demand for customized penthouses, villas, and farmhouses in the region will go up. The wellness home concept will also witness a considerable upsurge in demand,” Kapoor said.
Further Ashish Bhutani, CEO, Bhutani Infra said that the plan will be a catalyst in boosting the state’s economy and creating a multitude of job opportunities, and also transforming the face and scale of real estate developments planned here.
“The authorities' proactive support in planning the rise of infrastructure and development plans are reflective of the growth and potential Noida region possesses, waiting to be utilized in the right direction. In addition to the announcement of this ambitious project, UP government has also received over 50 investment proposals worth 7,000 crore from international investors who are planning on shifting their base from China to Uttar Pradesh,” Bhutani informed.
Check out our in-depth Market Coverage, Business News & get real-time Stock Market Updates on CNBC-TV18. Also, Watch our channels CNBC-TV18, CNBC Awaaz and CNBC Bajar Live on-the-go!