West Bengal Elections 2021 LIVE: Five candidates, including two women, were assaulted, while clashes between rival political groups erupted during the third phase of polling in West Bengal on Tuesday. However, despite the violence, voter enthusiasm was high with 77.68 percent of voters casting their ballots till 5 pm, two hours before polling ended. Chief Minister and TMC supremo Mamata Banerjee, however, alleged "blatant misuse" of central forces to "influence voters". 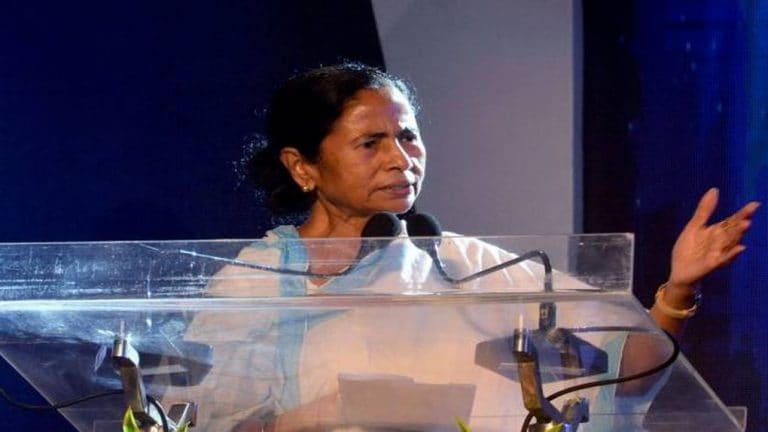 Assam has recorded an overall voter turnout of 82.04 per cent in the three-phase election for the 126-member Assembly, an official said on Wednesday. The highest poll percentage of 85.20 per cent was recorded in the last phase on Tuesday, Joint Chief Electoral Officer Rahul Chandra Das said, releasing an updated figure.

After the polling concluded on Tuesday, officials said that an estimated 82.33 per cent of electors voted in the final phase. The voter turnout was 80.96 per cent in the second phase on April 1 and 79.93 per cent in the first phase on March 27, Das said.

Later when our people started leaving, Police asked us to stop for a while. When I started leaving after all workers, Police left me & went away. I was then surrounded by hundreds of people who attacked us with sticks & bricks. I was injured, many vehicles vandalised: Dilip Ghosh

I was in Sitalkuchi, Cooch Behar for poll rally. While it was going on people returning in vehicles from Mamata Banerjee's rally were threatening our workers, showing them sticks, creating tension. Police beat up our workers amid this: West Bengal BJP chief on attack on his convoy

West Bengal registered 84.61 percent polling during the third phase of polling on April 6 held in 31 assembly constituencies spread across its three districts, state chief electoral officer Ariz Aftab said on Friday. The highest turnout of 85.51 per cent was registered in South 24 Parganas district, while it was 83.75 per cent in Hooghly and 83.55 per cent in Howrah, he said. Union Home Minister Amit Shah held a series of colourful roadshows in three districts of south Bengal on Wednesday, promising rapid industrialisation if BJP is voted to power and predicted a massive…

EC issues notice to West Bengal CM & TMC leader Mamata Banerjee over her statement on 3rd April, "appealing Muslim voters to not let their vote be split among different political parties & demanding votes on communal ground for TMC". EC asks her to explain her stand within 48 hours

Uttar Pradesh Chief Minister Yogi Adityanath on Wednesday flayed the ruling TMC in West Bengal, alleging that its leaders swindled whatever central aid was extended to the state, from "funds to ration supplies". Addressing two election rallies at Mal assembly constituency in Jalpaiguri district and Kurseong in Darjeeling, the senior BJP leader also said his Bengal counterpart Mamata Banerjee has deprived the state of the Centre's development schemes.
Share:

Elections to 3 RS seats from Kerala will be held before expiry of term of 3 MPS: EC tells HC

The Election Commission on Wednesday informed the Kerala High Court that elections to the three Rajya Sabha seats from Kerala will take place before the expiry of the term of the three MPs. The Commission submitted that the notification for the polls will be issued before the retirement of MPs from Kerala--Abdul Wahab of the IUML, K K Ragesh(CPI(M)) and Vayalar Ravi (Congress) on April 21.

There are 2 syndicates - 1st is of Modi & 2nd is of lovely dada with chubby cheeks. Today he said that they'll get 65-70 seats, but I say that with the help of Left & Congress they might get 25. We've done well even in yesterday's polls. Central forces asking to vote for BJP: WB CM Mamata Banerjee takes a dig at Amit Shah

Mamata ji's hooliganism took another turn but people of West Bengal have decided to stop it. She can see her defeat in these polls. She was against poor in Bengal & is now speaking against paramilitary forces: Union Min Smriti Irani in Phansidewa, Darjeeling

BJP came with lakhs of goons from outside to capture Bengal. It is not so easy. First think about Delhi and then Bengal: West Bengal CM and TMC leader Mamata Banerjee at a public rally in Cooch Behar Uttar

I visited only one gram panchayat but with the enthusiasm I saw, I'm confident that Rajib Banerjee will win with majority. On 2nd May, BJP will form govt with over 200 seats. Mamata Banerjee's frustration can be seen in her speeches & behaviour: HM & BJP leader Amit Shah

Union Home Minister Amit Shah held a colourful road show here on Wednesday, once a hot spot of the anti-land acquisition movement, and promised rapid industrialisation of the area if BJP is voted to power. The symbolism of the home minister holding a road show in Singur, three days after Prime Minister Narendra Modi held a rally there and alleged the "obstructionist mindset" of Chief Minister Mamata Banerjee deprived West Bengal of industries and jobs, was clear--the BJP wants to corner her over the state's dwindling industrial base and alleged job loss.

West Bengal Chief Minister and Trinamool Congress supremo Mamata Banerjee on Wednesday alleged that the CRPF personnel are harassing voters in the state at the behest of Union Home Minister Amit Shah. Addressing a rally here in Cooch Behar district, she accused personnel of the central force of molesting women and beating people during the ongoing Assembly elections.

"They are obstructing electors to cast their votes.Union Home Minister Amit Shah has instructed them to do so," Banerjee alleged.

We want free & fair polls, public should be allowed to cast their votes. CRPF shouldn't obstruct them from entering the polling center. I respect CRPF who are real jawans but I don't respect BJP CRPF who are doing nuisance, attacking women & harassing people: WB CM in Cooch Behar

Tamil Nadu recorded 72.78 percent polling to 234 assembly constituencies held on April 6, the Election Commission said. According to district-wise "close of poll" data released by the EC here on Wednesday, Karur recorded the highest of 83.92 percent while Chennai saw the lowest turnout of 59.06 percent. The state has over 6.28 crore voters. Ariyalur, Dharmapuri and Kallakurichi were the other districts where over 80 percent of the voters excercised their franchise while a number of others recorded polling in excess of 75 per cent. Among the Assembly constituencies, many semi-urban and rural assembly segments saw a good turnout, with Palacode in Dharmapuri topping the charts with 87.33 percent polling, followed by Kulithalai (86.15) in Karur and Edappadi in Salem with 85.60 percent.

The Election Commission has removed returning officers of eight constituencies in the city that will go to the polls in the last two phases of the West Bengal assembly elections on April 26 and 29, an official said on Wednesday. New officials have already been appointed in the Chowringhee, Entally, Bhowanipur, Beliaghata, Jorasanko, Shyampukur, Kashipur-Belgachia and Kolkata Port assembly segments, he said. Chief Electoral Officer Ariz Aftab described the transfer of the eight returning officers "as a routine move since they had held their posts for more than three years".
Share: 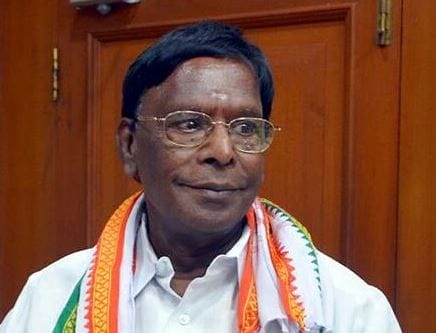 The BJP and AIADMK are aligned with the AINRC while the DMK along with Viduthalai Chiruthaigal Katchi (VCK) and CPI are fighting together with Congress.Get latest India online at cnbctv18.com

Police also said they had launched a search for those who assaulted BJP candidate from Uluberia (Dakshin) assembly seat Papiya Adhikary when she went to Uluberia hospital to call on an injured party candidate. The attacks were part of a series of clashes that were reported from several parts of Bengal, where polling is underway in the third phase of assembly elections.

The TMC claimed that BJP "goons" didn't allow the party's agents inside the polling stations. The BJP, on the other hand, accused Sujata of entering the area with TMC "goons" and creating unrest by threatening people.
Share:

Police arrested five persons -- three members of the TMC and two of the BJP -- for their alleged involvement in assaulting TMC candidate Sujata Mondal in Arambagh earlier on Tuesday, an officer said. Television grabs showed the TMC leader being chased in an open field by people wielding sticks and iron rods and then hitting on the head with sticks. Her security officer was also injured.

Chief Minister and TMC supremo Mamata Banerjee, however, alleged "blatant misuse" of central forces to "influence voters". "The blatant misuse of Central forces continues unabated. Despite us repeatedly raising this issue, @ECISVEEP continues to be a mute spectator, while men in uniform are being misused at several places to openly intimidate TMC voters and influence many to vote in favour of one party," she tweeted.

Five candidates, including two women, were assaulted, while clashes between rival political groups erupted during the third phase of polling in West Bengal on Tuesday. However, despite the violence, voter enthusiasm was high with 77.68 percent of voters casting their ballots till 5 pm, two hours before polling ended. Polls were conducted with strict adherence to COVID-19 protocols, officials said. Voting in 16 seats in South 24 Parganas district (part II), saw 76.68 percent votes being cast by 5 pm. While 77.93 percent votes were cast in seven seats in Howrah (part I) and 79.36 per cent in eight in Hooghly (part I), they added. "Voter turnout of 77.68 percent was recorded till 5 pm in 31 seats," an EC official said.
Share: