US Elections 2020: When will the swing states announce results?

US Elections 2020: When will the swing states announce results? 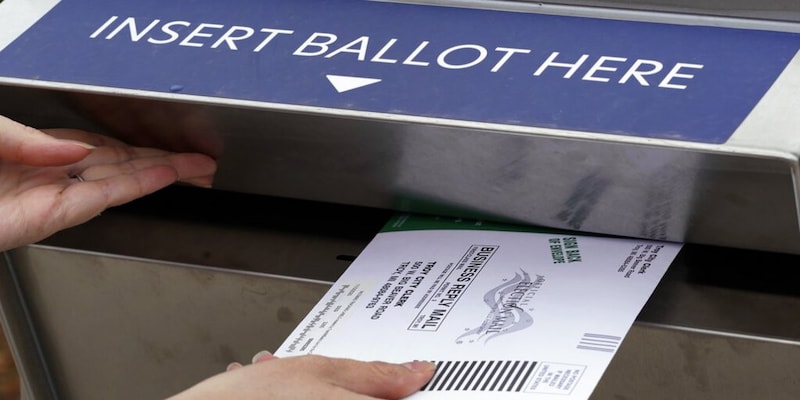 Joe Biden, the Democrat candidate, seems to be on track for winning the US Presidential Elections 2020. But we wouldn't know for sure until the vote-counting is finished.

Advantage Joe Biden. But as a Federer versus Nadal match has often shown us, it's not over till it is over. As of 5:45 pm IST, according to projections by the Associated Press, Joe Biden has secured 264 electoral votes while Donald Trump has 214.

However, the race to 270 is far from over. The Republicans are asking for a recount in Wisconsin and have mounted legal challenges in Georgia, Pennsylvania and Michigan.
The swing states hold the key to the White House now and all eyes are now battles in Georgia, Nevada, Pennsylvania, North Carolina and Arizona. Here is an estimated timeline for the announcement of the final numbers in these key states.
Georgia:
Results likely today
President Trump has maintained a 23,000 lead in the state of Georgia, but we wouldn't be sure until Secretary of State Brad Raffensperger returns.
Nevada: Ongoing, more results today
As per an estimation by the election officials, some 200,000 ballots are outstanding that would be cleared by Thursday 15:00 EST (1.30 AM Friday IST). Biden has a very narrow lead in the state.
ALSO READ: Explained: What is the mail-in ballots controversy?
Arizona: By the end of the week
Biden's comfortable lead in the state of Arizona has narrowed, and we wouldn't know the final results until the end of the week as Maricopa County has decided to finish counting some 275,000 votes by Friday,  21:00 EST (7.30 AM Friday IST).
Pennsylvania:  End of the week, at the earliest
Philadelphia needs time, said the Secretary of State, Kathy Boockvar. The state has set the deadline to count some million ballots by the end of the week, at the earliest. Republicans, currently, have a narrow lead in the state.
North Carolina: Next week
Election officials in NC have announced that the state would make no official announcements until November 12 or 13. Analysts estimate that Trump would maintain his lead in the state by the time counting is done. Republicans have maintained their lead in the state.
For the latest on US Elections, follow our LIVE blog
(Edited by : Abhishek Jha)
Check out our in-depth Market Coverage, Business News & get real-time Stock Market Updates on CNBC-TV18. Also, Watch our channels CNBC-TV18, CNBC Awaaz and CNBC Bajar Live on-the-go!