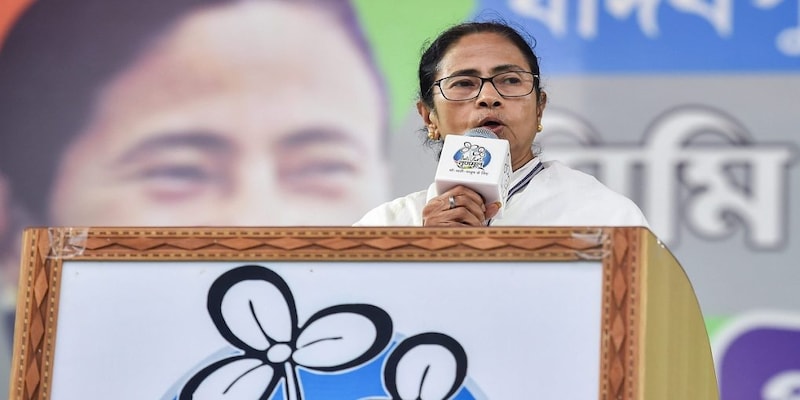 Buoyed by the response to two phases of 'Didi ke Bolo' (Tell Didi) initiative of the West Bengal government, which provides a platform to the people to directly lodge complaints to chief minister Mamata Banerjee, the ruling TMC Tuesday launched its third phase.

The third phase of the initiative will begin on Wednesday and Trinamool Congress leaders held a meeting with block and town presidents of the party and briefed them about it on Tuesday, party secretary general Partha Chatterjee said.
Over 600 block and town presidents of the party have been asked to visit more than 2000 villages and municipal wards across West Bengal, he said.
"From tomorrow our block and town presidents will inform the citizens about the Didi Ke Bolo platform. The leaders will spend nights at the house of locals and listen to their suggestions and address their problems expeditiously," Chatterjee told reporters.
Banerjee is called 'Didi' or elder sister by the party cadre.
According to TMC sources, the leaders will visit the pre-identified village or urban habitation as per the list provided by the party and hold informal meeting with party members there.
"We will meet pre-identified influencers, take their feed back on local issues" said a TMC leader.
The TMC leaders will interact with party members and booth-level workers over dinner at the house of a party member and will also spend the night at the home of a party member or party supporter, party sources said.
Banerjee had launched on July 29 a helpline number and a website didikebolo.com as part of the outreach programme on the advise of poll strategist Prashant Kishor, who was appointed by TMC after its Lok Sabha poll reverses.
The outreach programme had received a huge response in its first month with more that 10 lakh people registering their grievances, the party sources said.
As part of the first phase of the initiative close to 500 senior TMC leaders and MLAs have conducted outreach programmes in 1,022 villages.
The leaders held 'Jan Sangjog Sabhas' (people contact sabhas) during their visits in which they visited key influencers in the villages, interacted with the locals, heard their suggestions and grievances and spent the night in one of the workers' homes, the sources said.
In the second phase, activists of TMC's youth wing visited several parts of the stateas a part of the mass outreach campaign, they added.
Check out our in-depth Market Coverage, Business News & get real-time Stock Market Updates on CNBC-TV18. Also, Watch our channels CNBC-TV18, CNBC Awaaz and CNBC Bajar Live on-the-go!