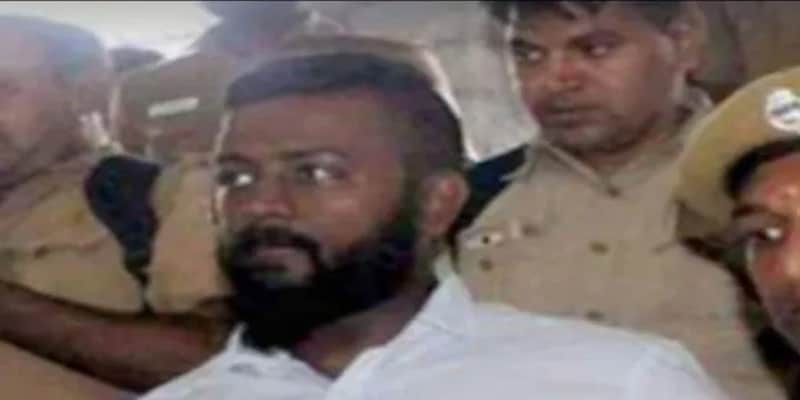 Conman Sukesh Chandrasekhar in his fresh letter has also demanded the face-to-face confrontation between him and the political leaders to be televised live.

Sukesh Chandrashekhar, the alleged conman lodged in jail in a Rs 200-crore extortion and cheating case, has consented to a polygraph test if Delhi Chief Minister Arvind Kejriwal and AAP leader Satyendar Jain agree to take the test as well. In the letter, Chandrashekhar also demanded that the face-to-face confrontation between him and the leaders be televised live.

Chandrashekhar has alleged that he paid the AAP crores to the party.
This was his fifth handwritten letter which was released by his lawyer Anant Malik. A press release was issued from jail, in which Chandrashekhar said, “I welcome the suggestion of polygraph test in regards to all my complaints and facts given by me about AAP, Satyendra Jain, and Arvind Kejriwal…I am extremely happy to give my consent of mine for the polygraph test. But provided Satyendra Jain, and Arvind Kejriwal also gives their consent and the polygraph test should be conducted as a face-to-face confrontation conducted in presence of all three together and also the entire process to be telecasted live as suggested. So that the whole country can watch the pandora box of the reality of Kejriwal and Jain unfold in open," news agency PTI reported.
ALSO READ:
Who is serial conman Sukesh Chandrashekhar?
He also responded to the AAP’s allegations that the BJP was using him ahead of crucial elections in Gujarat. Instead of crying foul, Arvind Kejriwal should agree to the polygraph test, he dared in the letter.
He alleged that he was ordered by Kejriwal to get a Jacob & Co watch and to get it he had hired a chartered plane. He said, “I am sure you still have the Jacob & Co watch that I gave you for which you then asked me to change the strap from blue to black because an astrologer told you a black dial will be auspicious for you," mentioned the report.
Chandrashekhar also claimed that he hired a PR company from overseas to make a documentary on AAP national convener Kejriwal and alleged that the PR agency got paid for articles printed/published about Delhi schools.
Neither the Delhi government nor AAP has responded to the latest letter. Earlier, all claims and allegations Chandrashekhar were denied by the AAP which called it a “diversionary tactic".
Sukesh Chandrashekhar was arrested when former Fortis Healthcare promoter Shivinder Singh’s wife Aditi Singh lodged an FIR with the Delhi Police alleging that she was cheated of Rs 200 crore by a man posing as the ‘law secretary’. She alleged that the man promised to help with her husband’s cases if she contributed to the ‘party fund’.
ALSO READ:  Who is Pinky Irani, close associate of conman Sukesh Chandrashekhar?
Chandrashekhar previously wrote a letter to the Delhi LG on Thursday, alleging that he is receiving threats to withdraw his complaint against Kejriwal, Jain, and another AAP leader Kailash Gehlot. He sought to transfer to a jail outside the city from Delhi LG.
In one of his previous letters, Chandrashekhar had also openly challenged saying he was "ready to be hanged" if the corruption allegations levelled by him were false.
(Edited by : Sudarsanan Mani)
Check out our in-depth Market Coverage, Business News & get real-time Stock Market Updates on CNBC-TV18. Also, Watch our channels CNBC-TV18, CNBC Awaaz and CNBC Bajar Live on-the-go!