Naked protests, arson, black flags and burning of effigies -- of the Prime Minister and chief ministers of Northeastern states -- were seen during the protests against the Citizenship Bill which is likely to be tabled in the Rajya Sabha soon.

Prime Minister Narendra Modi has termed it a ‘national responsibility’ to pass the Citizenship (Amendment) Bill, 2016 and reiterated the government’s commitment to rehabilitate non-Muslim minorities of Bangladesh, Pakistan and Afghanistan in India.

The Prime Minister’s statements have only led to a concerning situation in the Northeast with anti-Bill protests and anti-government rallies in every part of the region.

“We speak for India, and those who are speaking for Pakistan and Bangladesh call themselves patriotic,” says Tripura royal scion Pradyot Manikya Debbarma who had recently led a massive rally of tribals at Khumulwng.

Anti-bill protesters from various tribal organisations and regional political parties led a torch rally on Tuesday at Jampuijala Bazar in Tripura’s Sepahijhala district. At a sit-in demonstration in the area, tribal youth burned the effigy of Prime Minister Modi.

“I hope wisdom dawns upon the Prime Minister, and he realises the damage he would be doing to the country if the Bill is passed in its present form. It will change the course of the region forever. You cannot make the entire region insecure,” said Debbarma, who’s also the working president of Congress in Tripura. 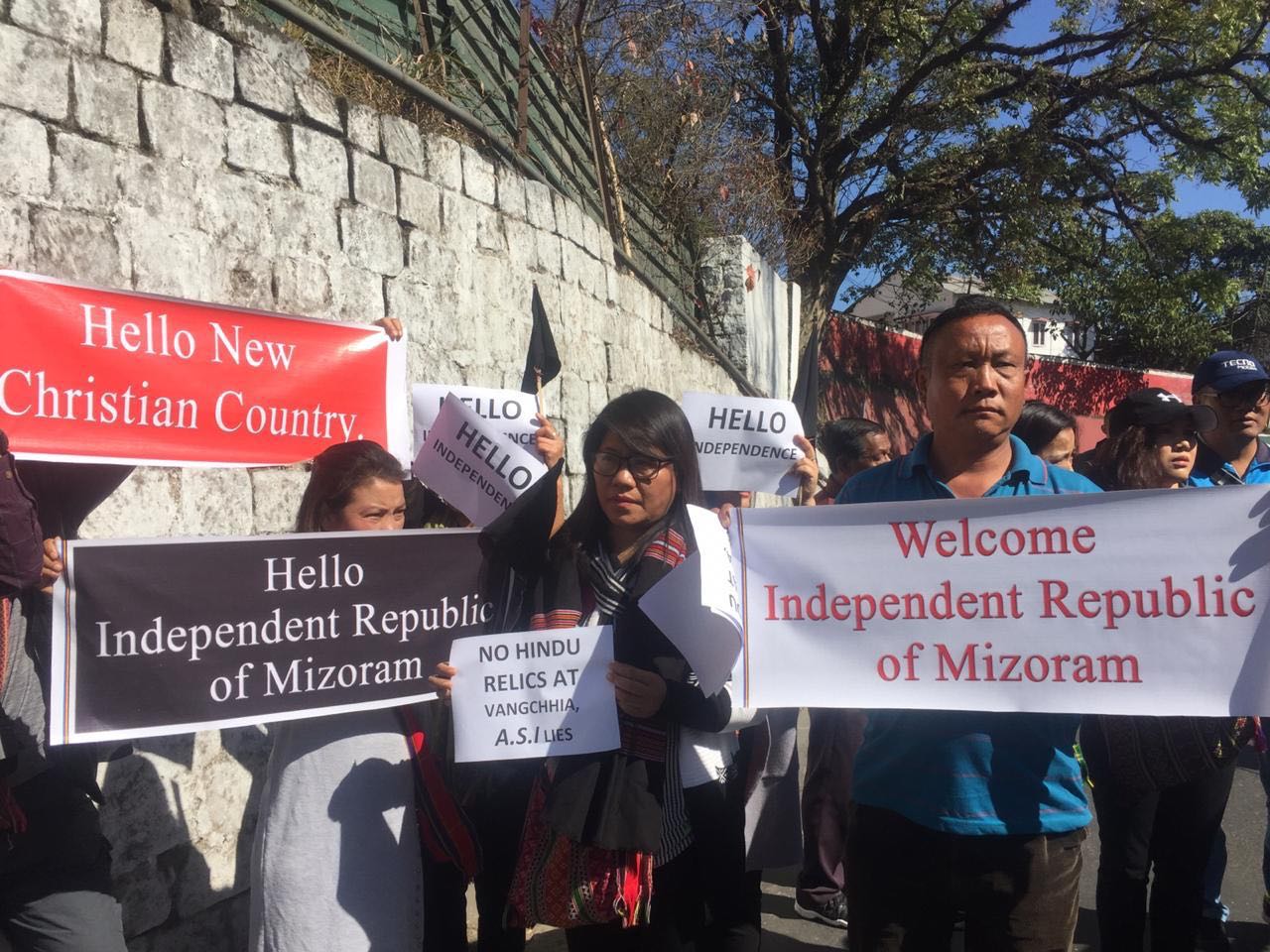 The day, February 12, was declared ‘Doomsday’ by the Manipur People Against Citizenship Amendment Bill (MANPAC) -- a conglomerate of over 70 civil bodies -- urging people to intensify the agitation.

While naked protests were staged in Imphal and Assam on Tuesday, protesters in Mizoram under the Joint NGO Coordination Committee demanded an ‘Independent Republic of Mizoram’. “We want Independent Mizoram because the central government has not given heed to the grievances of the people. They have protested so many times, but the BJP-led NDA government is adamant on passing it,” said Lalhmachhuana, general secretary, Young Mizo Association.

On the other hand, former Mizoram chief minister, Lal Thanhawla who also took part in the protest, accused the ruling Mizo National Front of being afraid of those in power in New Delhi.

Despite protests and signs of revolt, the BJP-led NDA government remains steadfast in passing the bill which seeks to provide citizenship to religious minorities from Bangladesh, Pakistan and Afghanistan after six years of residence in India, instead of 12 years, which is the norm currently, even if they do not possess any document.

Meanwhile, critics continue to decry Prime Minister Modi’s statements in support of the bill. At a rally of the BJP in Guwahati on February 9, Modi said that one should differentiate between ‘intruders’ who want to capture India’s resources and the helpless lot who were forced to flee persecution in their country.

Group (RRAG) said the law does not permit to make such a distinction.

“The politics can make a distinction between those who want to capture Assam and those who are helpless, but the law does not permit to make such a distinction. India is governed by the rule of law. A Hindu Tamil of Sri Lanka shall have the same right as a Hindu from Bangladesh. There is no provision in law to either make the distinction or discriminate anyone based on national origin or religious belief.”

Since midnight on Monday, the authorities suspended mobile internet services for an indefinite period and imposed curfew in Greater Imphal area. Security has been beefed up across the state with additional security personnel being deployed outside government offices and the residences of state parliamentarians and legislators. Manipur police have set up barricades at strategic locations to prevent untoward incidents.
Tags Assam Citizenship Bill Citizenship bill protest Narendra Modi Northeast Prime Minister Rajya Sabha