Samvidhan Diwas: All you need to know about Constitution Day

The fifth Constitution Day also known as “Samvidhan Diwas” is being celebrated across the country on Tuesday, November 26. Prime Minister Narendra Modi announced that November 26 will be marked as the Constitution Day of India during his first term, in 2015.

Four years ago, the Constitution Day was first celebrated to show reverence to Dr. Bhimrao Ambedkar, the first law minister of India, who played an influential role in the framing of the Indian Constitution.

The Constitution of India was adopted on November 26, 1949, a significant landmark in the country's then two-year journey as an independent nation. The constitution came into force on January 26, 1950, which is celebrated as Republic Day in the country.

Ambedkar was a scholar and social reformer who wholeheartedly dedicated his life to the eradication of social inequality in India. He was the head of the committee that finalized the draft of the Indian Constitution. The completion of the draft took 2 years, 11 months and 17 days. 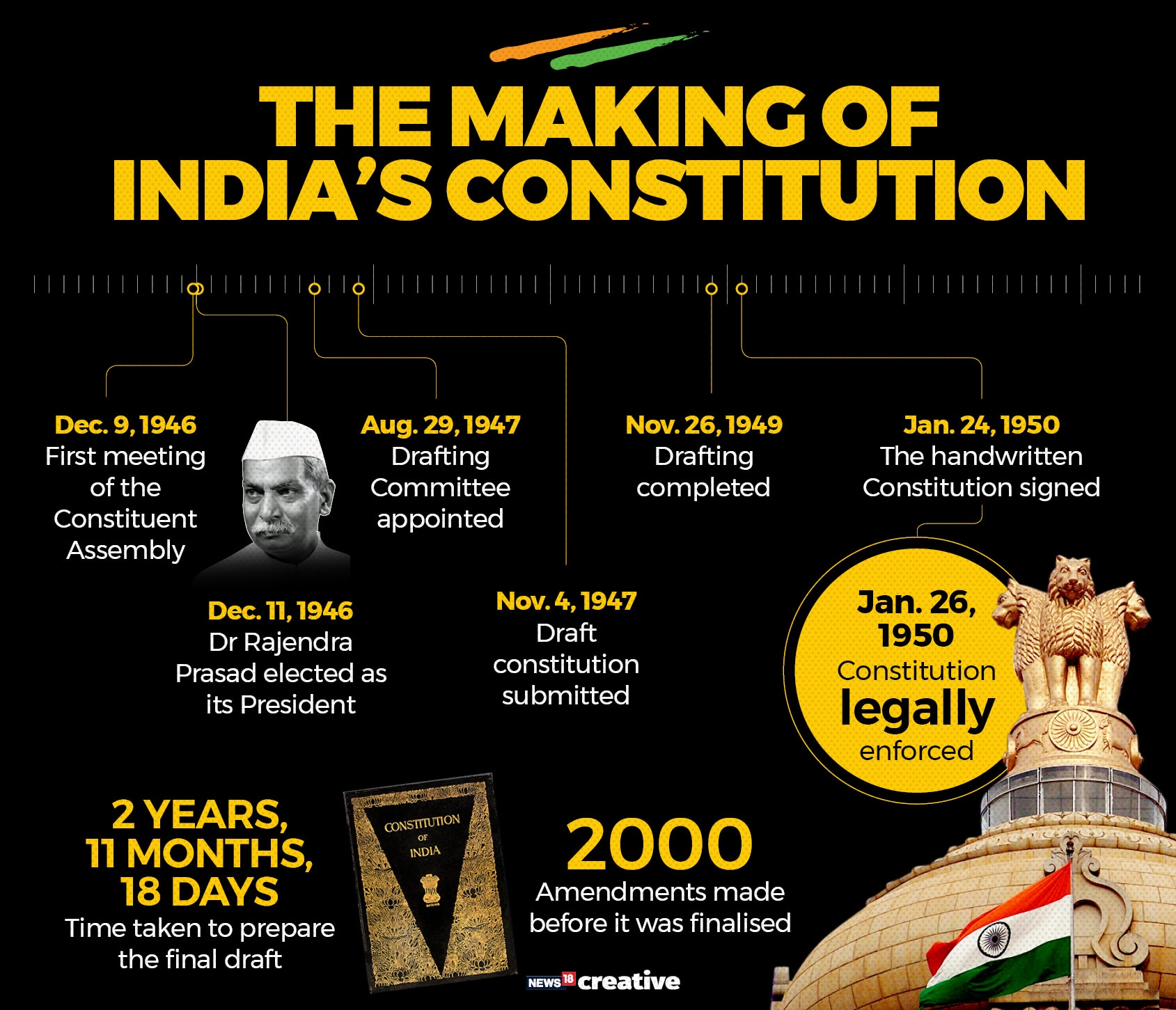 Earlier, November 26 was commemorated as National Law Day, after a resolution by the Supreme Court Bar Association, a lawyers' body, in 1979.

The original 1950 constitution is preserved in a helium-filled case at the Parliament House in New Delhi. The words “secular” and “socialist” were added to the preamble in 1976 during the emergency.

It is the longest written constitution of any country on earth.

>> In pictures: Constitution Day celebrated across the country

The government of India has planned year-long activities throughout the country to mark 70 years of the adoption of the Constitution.

In all the Government Offices or Institutions the celebrations started by reading the 'Preamble' of the constitution.

To mark the celebrations, on Tuesday, the 'Preamble' was read out in the civil secretariat at 11:00 am.
Tags b r ambedkar constitution day indian constitution Samvidhan Diwas