Updated : April 09, 2019 02:33 PM IST
A major reason for the BJP’s defeat in state elections was dubbed to be the perceived hostility towards Raje.
The Prime Minister’s popularity in the state remains high as captured during an often repeated slogan during the assembly elections in December: “Modi tujhse vair nahin, Vasundhara teri khair nahin.”
The Congress campaign will continue to focus farm loan waiver, joblessness, secularism, demonetisation, GST and alleged corruption in the purchase of French Rafale fighter jets. 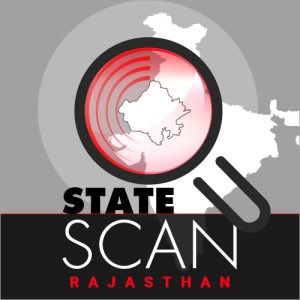 Rajasthan stayed true to its tradition of voting out the incumbent government in the legislative assembly elections during November-December 2018, booting out the Bharatiya Janata Party (BJP) and handing the reins of power to the Congress. The Congress secured 100 seats against Vasundhara Raje-led  73 seats in the 199-member  assembly.

Nearly three months later, will voters in the desert state again favour the Ashok Gehlot and Sachin Pilot-led Congress in the upcoming Lok Sabha polls? The trends from the last two decades seem to indicate that the party winning the assembly elections has had the edge in the Lok Sabha poll as well.

The BJP won all 25 seats at stake in 2014, after winning a huge mandate in the assembly elections in 2013, when it bagged 163 seats in the 200-member assembly. In the 2009 Lok Sabha polls, the Congress won 20 seats, a year after it ousted the Vasundhara Raje government in the assembly polls. BJP won 21 Lok Sabha seats in 2004 after its victory in the 2003 state elections.

A major reason for the BJP’s defeat in state elections was dubbed to be the perceived hostility towards Raje. With Raje out of the poll equation, it would be interesting to see how Rajasthan votes.

Going by the 2018 Rajasthan assembly elections results, the party should ideally evenly share the state's 25 Lok Sabha seats with the BJP. But, that's easier said than done especially as electoral stakes now involve the question of Narendra Modi's bid for the second term as Prime Minister.

The Prime Minister’s popularity in the state remains high as captured during an often repeated slogan during the assembly elections in December: “Modi tujhse vair nahin, Vasundhara teri khair nahin.”

The BJP will try to make the most from PM Modi’s popularity particularly after the Balakot terror strike and his government’s tough stance against terrorism and on national security issues. The Congress campaign will continue to focus farm loan waiver, joblessness, secularism, demonetisation, GST and alleged corruption in the purchase of French Rafale fighter jets.

On the farm distress front, the Gehlot government had announced loan waiver for farmers up to Rs 2 lakh each, on December 19, 2018, two days after being sworn in, fulfilling its assembly polls promise. BJP, however, contends that the Congress has failed to deliver on its manifesto promise of waiving entire farm loans. It further alleges that the Gehlot government has failed to implement the Swaminathan Committee recommendations on declaring minimum support price for farm produce at 1.5 times the input cost.

But BJP’s problem doesn’t just stem from the farm loan waiver issue; the Modi government's failure to tackle joblessness could haunt the party in the Lok Sabha polls. According to the National Career Service (NCS), there are 6.03 lakh registered unemployed persons in the state with Jaipur district having the highest number of them at 58,893. Congress president Rahul Gandhi has relentlessly attacked the Modi government on this front. What may come as the shot in the arm of the Congress, the Gehlot government has raised the unemployed allowance for the youth of Rajasthan to Rs 3,500 for girls and Rs 3,000 for boys.

Even as the two mainstream parties try to set the economic agenda, Rajasthan's social fabric throws up challenging caste dynamics for both the BJP and Congress. At 9 percent of the population, Jats dominate the caste matrix and have traditionally sided with the Congress. Meenas, which come under Scheduled Tribes, comprise 7 percent, Rajputs with 6 percent, Gujjars at 5 percent are other major influential castes. Rajputs have shifted their loyalty towards the BJP since Bhairon Singh Shekawat steered the party in the state. Meghwals and Malis with 6 and 4 percent share in the population are other major castes.

Congress has done better in regions dominated by Jats and Gujjars while BJP needs to retain its Rajput voter base and also woo other backward classes along with Meenas.