Who is Rahul Narvekar, the BJP candidate for speaker election in Maharashtra?

Who is Rahul Narvekar, the BJP candidate for speaker election in Maharashtra? 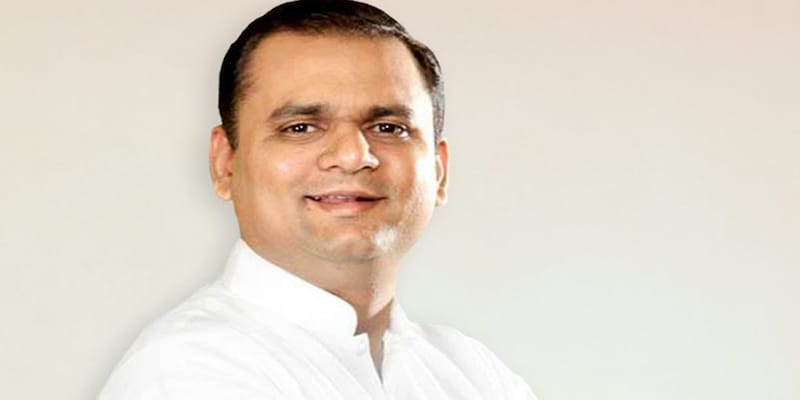 Rahul Narvekar is the sitting BJP MLA from Mumbai's Colaba constituency. He has been a part of the Shiv Sena and the NCP in the past.

A day after Shiv Sena rebel leader Eknath Shinde was sworn in as the new Chief Minister of Maharashtra, BJP MLA Rahul Narvekar filed his nomination for election to the post of state assembly Speaker. The election is to be held this Sunday (July 3).

The speaker's post in the Maharashtra Assembly has been vacant since Congress leader Nana Patole resigned from the position last year. Since then, deputy speaker Narhari Zirwal has been the acting speaker of the Legislative Assembly.
Who is Rahul Narvekar?
An MLA from Mumbai's Colaba constituency, Rahul Narvekar has been part of the Shiv Sena and the Nationalist Congress Party (NCP) in the past. Born and brought up in Colaba area of South Mumbai, 45-year-old Narvekar belongs to a political family. His father Suresh Narvekar was a municipal councillor from Colaba. His brother Makarand Narvekar is a second-term municipal councillor from Colaba. Rahul's father-in-law Ramraje Naik-Nimbalkar, a senior NCP leader, is the chairman and speaker of the Maharashtra Legislative Council.
ALSO READ:   Uddhav Thackeray sacks Eknath Shinde as Shiv Sena leader
An advocate by profession, Rahul started his political career as a Shiv Sena worker. He was soon made the spokesperson of youth wing of Shiv Sena. After a 15-year-long stint in the Shiv Sena, he quit the Uddhav Thackeray-led party in 2014 and joined the NCP.
It was reported that he quit Shiv Sena over the issue of nomination to the Maharashtra Legislative Council. Rahul said party's top brass is inaccessible in Shiv Sena. However, the decision to quit Shiv Sena didn't work out very well for him as he lost the 2014 Lok Sabha election from Maval seat to Shiv Sena's Shrirang Appa Barne. Nevertheless, Narvekar stuck to NCP till 2019.
Before the 2019 Maharashtra Assembly elections, Rahul jumped ship and joined BJP. The switch bore him the desired outcome as he won the assembly elections from Colaba, defeating Congress' Ashok Jagtap by over 15,000 votes.
BJP surprised political observers by picking Rahul, a first-time MLA, for the assembly speaker post. Usually, a senior legislator is given the role.
ALSO READ:  The mysterious case of Ajit Pawar: Distrust among MVA amid talks of BJP forming government
(Edited by : Sudarsanan Mani)
Check out our in-depth Market Coverage, Business News & get real-time Stock Market Updates on CNBC-TV18. Also, Watch our channels CNBC-TV18, CNBC Awaaz and CNBC Bajar Live on-the-go!