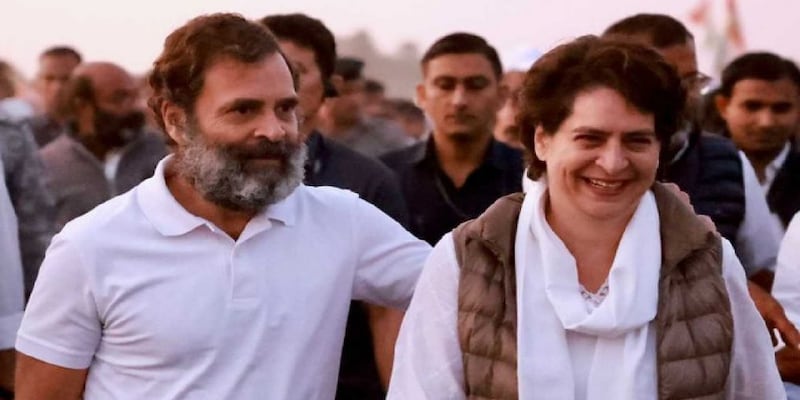 Congress general secretary Priyanka Gandhi Vadra and her family members participated in the Bharat Jodo Yatra between Burhanpur and Indore on Thursday. The yatra is being led by the party MP and her brother Rahul Gandhi.

Meanwhile, posters of Rahul Gandhi dotted Bodarli village in Burhanpur district, the starting point of the yatra in Madhya Pradesh. The meeting ground in this village, with a population of 6,000, is decorated with banana leaves. The region is known for banana cultivation.
The yatra began on September 7 at Kanyakumari in Tamil Nadu. It will pass through 12 states before culminating in Jammu and Kashmir after spanning a distance of 3,570 km over nearly 150 days. The cross-country yatra has traversed through Tamil Nadu, Kerala, Karnataka, Andhra Pradesh, Telangana and Maharashtra so far.
With inputs from PTI
Check out our in-depth Market Coverage, Business News & get real-time Stock Market Updates on CNBC-TV18. Also, Watch our channels CNBC-TV18, CNBC Awaaz and CNBC Bajar Live on-the-go!