Updated : May 19, 2019 10:05 PM IST
The third and the largest phase of Lok Sabha elections was held on April 23.
116 seats spread across 13 states and two Union Territories went to polls in the third phase.
Nearly 19 crore people including prime minister Narendra Modi cast their votes in phase 3.

An exit poll on Sunday projected that the BJP-led NDA would win 71-75 seats out of the 116 that went to polls in the third phase of Lok Sabha elections 2019.

The News18-Ipsos poll showed that the Congress-led UPA would win 14-18 seats while others would win 25-27 seats.

The third and the largest phase of Lok Sabha elections was held on April 23. 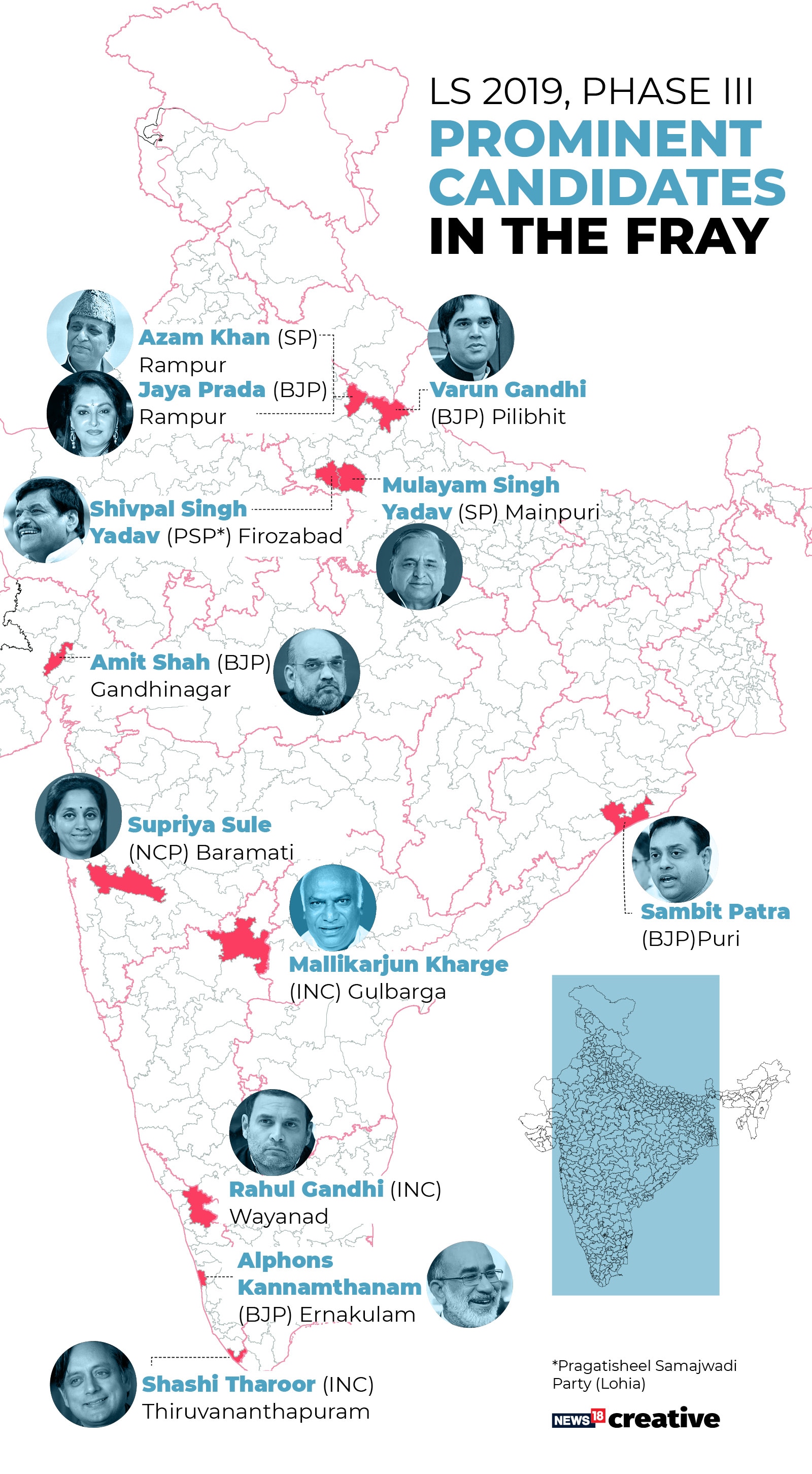