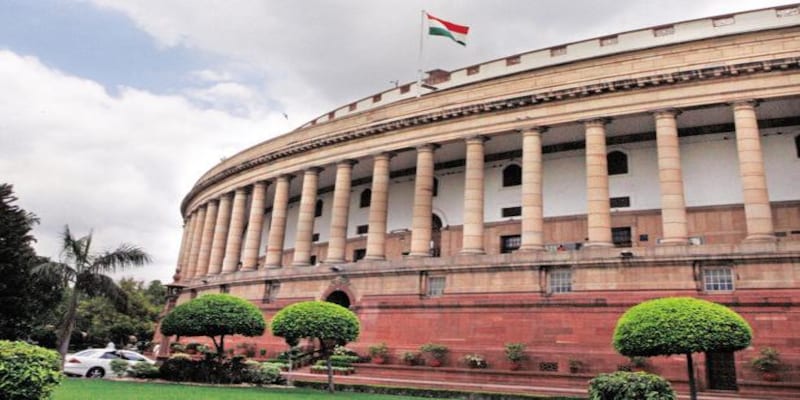 Both Lok Sabha and Rajya Sabha have worked over 100 hours with the lower house spending 130 hours and the upper house devoting 105 hours.

Parliament's 20-day winter session has come to a close with Speaker Om Birla adjourning Lok Sabha sine die on Friday. While the last day of the winter session saw ruckus in both Lok Sabha and Rajya Sabha over Congress leader Rahul Gandhi's reported remarks on rapes in India, the overall 20-day session has been legislatively very productive.

Both Lok Sabha and Rajya Sabha have worked over 100 hours with the lower house spending 130 hours and the upper house devoting 105 hours, according to data available on PRS Legislative Research.
Out of 130 hours of Lok Sabha, more than 56 hours were spent in legislative business. The lower house also spent over 48 hours in non-legislative business, almost 17 hours on questions and 5 hours on financial matters. Four hours were spent on other issues.
Out of almost 106 hours of functioning of Rajya Sabha, the upper house spent a good over 55 hours on legislative business, while over 30 hours were spent on non-legislative business. The Rajya Sabha spent nearly 14 hours on questions and 6 were spent on other issues.
In percentage terms, Lok Sabha achieved 114 percent of productivity compared to Rajya Sabha's 94 percent, as per PRS Legislative Research data.
The winter session saw the longest over 12-hour sitting of Lok Sabha on December 9 when the house took up the Citizenship Amendment Bill, 2019. The Rajya Sabha also saw 9 hours spent on Wednesday, when the CAB was debated in the upper house.
The winter session came against the backdrop of the record-setting first session of the 17th Lok Sabha. In the previous session, Parliament passed 33 bills, the highest ever passed by it since 1952, with Lok Sabha MPs working beyond 10 pm on multiple occasions, debating legislation and raising important issues.
During the Budget Session which was combined with the oath-taking session, Lok Sabha had sittings for 37 days and Rajya Sabha had sittings for 35 days.
The session was planned to be held from June 17 to July 26, 2019 and was further extended till August 7.
During the session, Lok Sabha had sittings for 37 days and Rajya Sabha for 35 days.
Normally, a Parliament sitting is scheduled for six hours barring special occasions such as the President's address and the election of the Speaker.
On an average, Lok Sabha has worked for 81 percent of its scheduled time in the past two decades, according to PRS Legislative Research data. However, the budget session saw Lok Sabha spending 281 hours which was 135 percent of the scheduled hours.
The Rajya Sabha worked for 195 hours, which was 100 percent of the scheduled hours, much better than its last two-decade average of 76 percent.
Check out our in-depth Market Coverage, Business News & get real-time Stock Market Updates on CNBC-TV18. Also, Watch our channels CNBC-TV18, CNBC Awaaz and CNBC Bajar Live on-the-go!