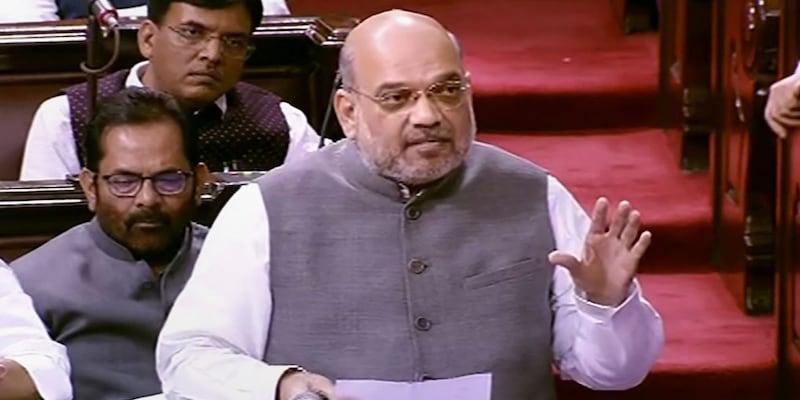 Union home minister Amit Shah will move the Citizenship (Amendment) Bill, 2019 in the Rajya Sabha on Wednesday. The Bill, which is an amendment to the Citizenship Act, 1955 and was passed by the Lok Sabha, will come up for consideration and passing.

The Parliamentary Standing Committee on Home Affairs by Anand Sharma, Manish Gupta and Rakesh Sinha will table report on the working conditions in non-border guarding Central Armed Police Forces (Central Industrial Security Force, Central Reserve Police Force and National Security Guard).
It also includes the action taken by Government on the recommendations/observations on working conditions in Border Guarding Forces (Assam Rifles, Sashastra Seema Bal, Indo-Tibetan Border Police and Border Security Force); and'the Management of Worsening Traffic Situation in Delhi.
The Upper House members Kahkashan Perweena and Vandana Chavan of the committee on empowerment of women will table the final action taken by the Government on the recommendations contained in the tenth report (Sixteenth Lok Sabha) of the Committee on Empowerment of Women (2016-2017) on the subject of 'women in detention and access to justice'
The report of the Comptroller and Auditor General of India on the assessment of environmental impact due to mining activities and its mitigation in Coal India Limited and its subsidiaries for the year ended March 2018 will be tabled by Union Minister Prahlad Joshi.
Union minister Anurag Singh Tomar will lay on the table, under clause (1) of Article 151 of the Constitution, the report of the Comptroller and Auditor General of India on Pradhan Mantri Ujjwala Yojana.
The Standing Committee on Commerce will present reports on: 'Export of Organic Products: Challenges and Opportunities'; and 151st report on action taken by Government on the Recommendations/Observations of the Committee contained in its 146th Report on 'Impact of Banking Misappropriation on Trade and Industry'.
Union minister Nityanand Rai to lay on table the proclamation under Article 356 of the Constitution issued by the President, on the November 23 revoking the Proclamation issued by him on the November 12 in relation to the Maharashtra, with effect from the November 23 and report of the Governor of Maharashtra, dated November 23 to the President, recommending the issue of the above-said Proclamation.
The List of Business also includes papers to be tabled by several ministers.
Also, catch all the latest action and updates from Parliament winter session with CNBCTV18.com's blog
Check out our in-depth Market Coverage, Business News & get real-time Stock Market Updates on CNBC-TV18. Also, Watch our channels CNBC-TV18, CNBC Awaaz and CNBC Bajar Live on-the-go!