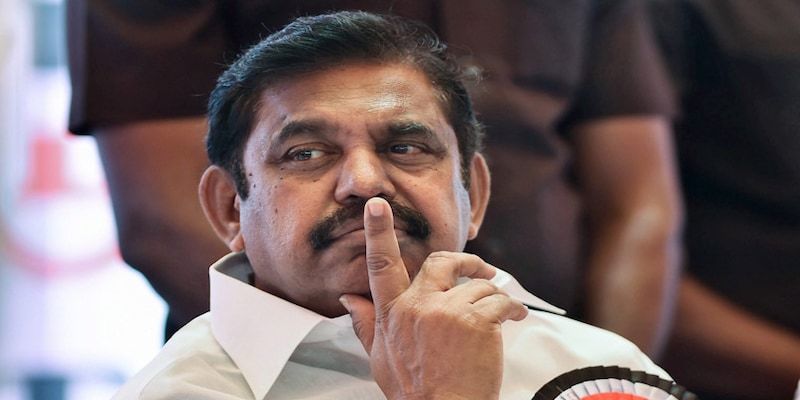 The idea is that Tamil Nadu's decision to rename 1,018 cities and neighbourhoods is actually homage to the weird way Tamilians spell and pronounce names in general

Just last week, even as Tamil Nadu began inching towards 2,000 in the total number of COVID-19 cases reported every day, the state government presented 68 million of its inhabitants with an amusing decision that had nothing to do with the novel coronavirus. The government announced that it was changing, not the names, but the spellings of a mind-boggling count of 1,018 cities, towns and even tiny neighbourhoods across the state.

New tongue-twisters
Overnight, the state’s industrial town Coimbatore was re-christened ‘Koyampuththoor’, Vellore is now ‘Veeloor’, and Madurai will henceforth be spelt ‘Mathurai’ — the names remain, but the pronunciation is now a whole new kind. The idea, apparently, is to ensure that the English names of Tamil Nadu’s cities are phonetically proximal to their Tamil counterparts.
The same applies to the names of popular neighbourhoods in Chennai that have now been re-christened. South Chennai’s up-market Adyar is now ‘Adaiyaaru’, Vepery is ‘Vepperi’ and Tondiarpet is ‘Thandaiyaarpettai’. If you’re going to succeed at pronouncing the name of any city, town or neighbourhood in Tamil Nadu, you better pronounce it as we Tamil-speakers do!
I know what you’re thinking: “how in the world could we possibly remember a thousand new names and their significantly longer spellings?” And “What is ‘Koyampuththoor’, even?!” If either of these thoughts has crossed your mind, you clearly haven’t been paying enough attention. For Tamil Nadu, has had a long history of being rebellious with pronunciation.
What’s your South Indian name?
This is exactly why if your name is spelt ‘Shruti’ above the Vindhyas, it is most certainly spelt and pronounced ‘Sruthi’ below the Deccan Plateau.
While Tamil-speakers enjoy killing off the ‘h’ in the beginning, we derive a special kind of joy in resurrecting it at the very end — or even introducing it out of nowhere. That’s how ‘Vinod’ becomes ‘Vinoth’ ,‘Lata’ is always ‘Latha’, and it’s never ‘Gautam’ but ‘Gautham’ or sometimes even ‘Goutham’, in these parts. Extra emphasis is the key.
Undying love for extra emphasis
It is this love for extra emphasis that has compelled policymakers in Tamil Nadu to re-name cities and neighbourhoods. Take for instance the double ‘th’ in ‘Koyampuththoor’ and ‘Thooththukkudi’ (erstwhile Tuticorin). It’s all about extra emphasis. Consider the double ‘p’ in ‘Vepperi’ (erstwhile Vepery); extra emphasis to the fore again.
Speaking of emphasis, another pet practice that Tamil-speakers employ is that of emphasising the ‘u’ at the end of names. It’s not Tamil enough to call your neighbourhood ‘Adyar’. It has to be pronounced ‘Adaiyaaru’ in order to roll off the mouth while in conversation, just as the ‘Nadu’ in ‘Tamil Nadu’ is to be pronounced ‘Nadih’ and not ‘Nadoo’ or ‘Nad’ like some English-speakers and North Indians do.
While most pronunciations have now been corrected to reflect what they’d sound like if spoken in Tamil, some names have seen a long-awaited modification. The iconic yet colonial ‘Egmore’ is now ‘Ezhumboor’ and ‘Vellore’ is now ‘Veeloor’ — a nod to the use of ‘oor’ (as opposed to the Colonial ‘ore’) to refer to a place of dwelling, in Tamil.
And no, it has to be ‘oor’ and not ‘ur’ — which is why Sholinganallur is now ‘Solinganalloor’ and ‘Kodungaiyur’ is ‘Kodungaiyoor’, thanks to extra emphasis.
The dreaded ‘zh’
While we’re dwelling on ‘Ezhamboor’, it pays to re-visit another much-parodied and amusing Tamil pronunciation of names that have ‘zh’ in it. ‘Mazhai’, for instance (Tamil for ‘rain’) ought to be pronounced with a slight roll of the ‘r’ in place of ‘zh’ — like in the American accent. The same applies to a name like ‘Kanimozhi’ — pronounced ‘Kanimori’, but with the roll of the ‘r’.
Sadly, the practice hasn’t caught on north of the Coromandel Coast, leading to several Non-Tamil speakers calling the DMK MP, ‘Kanimozzi’. No wonder then former Minister of Chemicals and Fertilizers in the UPA Government, MK Azhagiri hastily changed his name to ‘Alagiri’ much to the relief of his parliament colleagues in New Delhi.
What’s in a name?
In the history of Independent India, one of the more widely observed and chronicled administrative practices however insignificant it may seem to be is the re-naming of cities. The idea is simple: get rid of the colonial hangover and give your city a desi name. In the 1990s, this served as soft nationalism. That’s how Bombay became Mumbai, Madras turned Chennai and Calcutta was re-christened Kolkata.
Then the hard-line right-wing was voted to power. This faction decided to get rid of existing Indian names and give these cities whole new names that the dispensation considered more suitable for the city in question. That’s how Allahabad became Prayagraj, a decision widely regarded as the attempt to remove any Mughal influence from the city, even as the Uttar Pradesh government made no bones of the unmistakable Islamophobia that came with its decision.
The Tamil Nadu Government, however, seems to have gone one step further. Forget colonial hangover or cultural appropriation — phonetic accuracy in line with the native Tamil language is important if you’d like to pronounce the names of these towns and neighbourhoods.
So, get those spelling books out and sit for your dictation exam. A total of 1,018 new names beckon and their spellings are anything but easy.
Check out our in-depth Market Coverage, Business News & get real-time Stock Market Updates on CNBC-TV18. Also, Watch our channels CNBC-TV18, CNBC Awaaz and CNBC Bajar Live on-the-go!