The Narendra Modi-led NDA that took oath on Thursday has appointed S Jaishankar as Minister of External Affairs. The post was earlier held by Sushma Swaraj who has been elected seven times as a Member of Parliament and three times as a Member of the Legislative Assembly.

Jaishankar served as India's foreign secretary from January 2015 to January 2018. Jaishankar joined the Indian Foreign Service in 1977 and held key roles during his career including stints as High Commissioner to Singapore, Ambassador to China and the United States. He also played a significant role in negotiating the Indo-US civilian nuclear agreement. 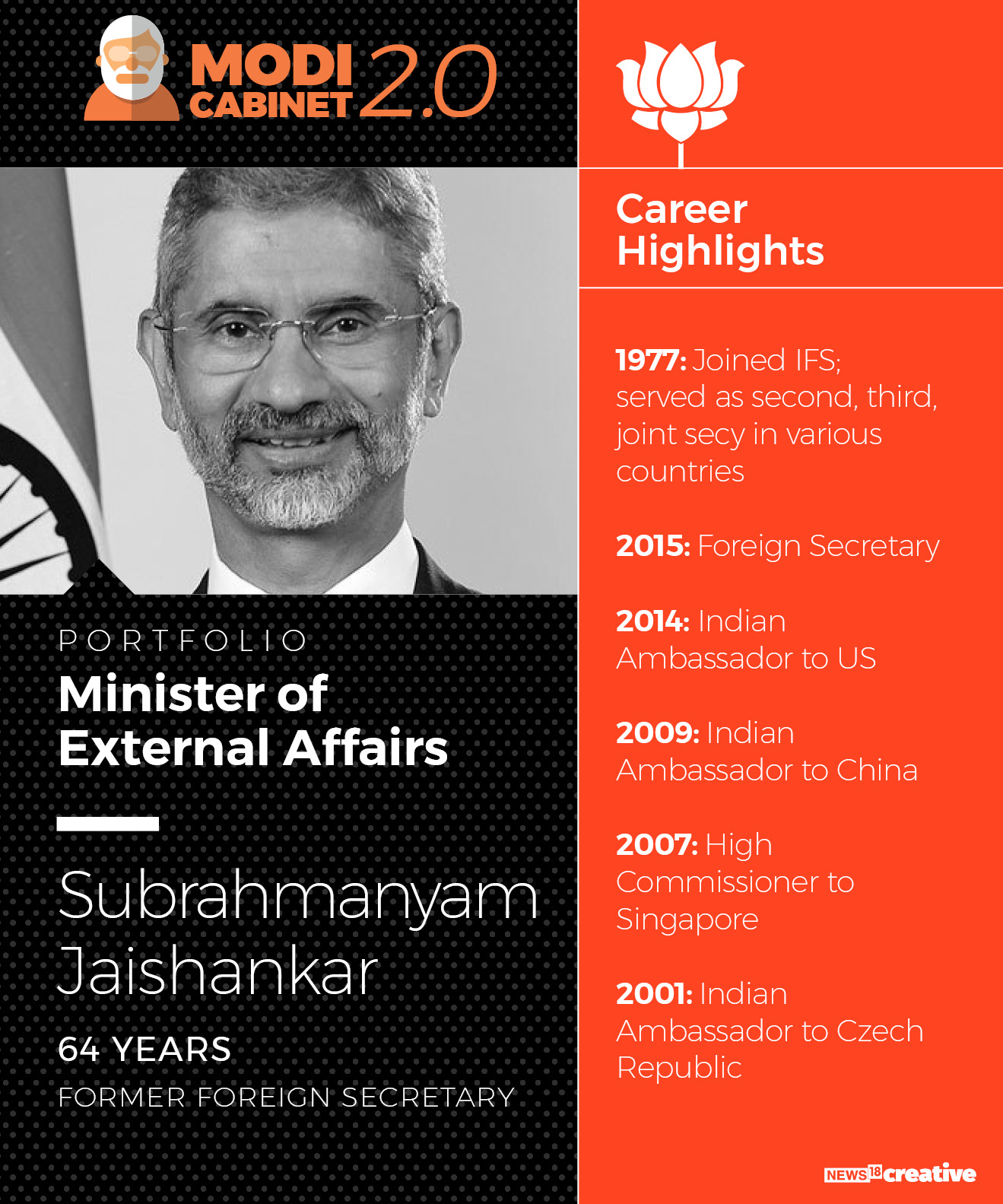 The highly-regarded diplomat is said to have enjoyed the Prime Minister's trust during his term in South Block and had a good working relationship with Sushma Swaraj.

He is largely credited for helping negotiate a peaceful resolution to the stand-off between Indian and Chinese troops at Doklam.

Jaishankar is a graduate from St Stephen's College at the University of Delhi. He has an MA in Political Science and an MPhil and PhD in International Relations from Jawaharlal Nehru University.

The BJP won a landslide 303 seats out of the total of 543 while the Congress won just eight more seats than its abysmal 2014 performance. In all, BJP and its allies -- the NDA -- won 353 seats while the Congress-led UPA alliance won 92 seats.