Updated : November 26, 2019 12:27 PM IST
A 23-member committee has been asked to examine the fine print. Opposition MPs have sought amendment, calling it an ‘incomplete’, ‘complicated’ legislation,
The prevents monetary compensation to a surrogate mother other than medical expenses and insurance coverage during pregnancy.
Health and welfare minister Harsh Vardhan told the Lok Sabha that India has become a ‘surrogacy hub’, with 3,000 clinics running illegally.

Last week, the Rajya Sabha took up the Surrogacy (Regulation) Bill, 2019 for discussion, but moved it to a select committee for further scrutiny after MPs demanded a slew of amendments. The bill, which bans commercial surrogacy and allows altruistic surrogacy, was introduced in Lok Sabha on November 21, 2016, but was passed in the lower house only on November 19 this year.

What does the bill try to accomplish? It prevents monetary compensation to a surrogate mother other than medical expenses and insurance coverage during pregnancy. That way, the government aims to end the ‘malpractices’ it believes are rampant in India. Health and welfare minister Harsh Vardhan told the Lok Sabha that India has become a "surrogacy hub", with 3,000 clinics running illegally. 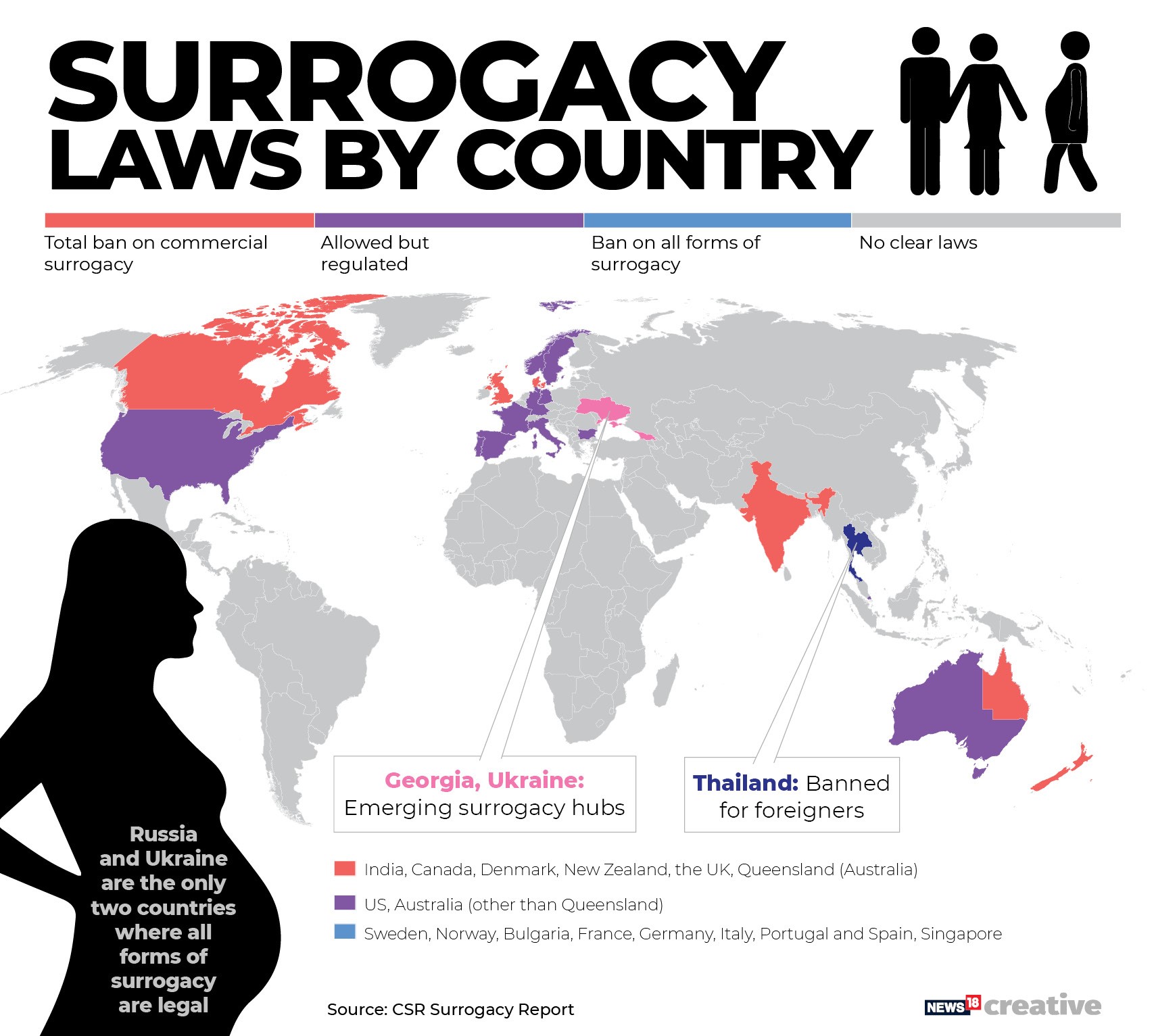 That’s not all. The bill doesn’t include ways to regulate the market. “Laws and regulations already exist which prohibit illegal buying or selling of any organ for transplant. The government has laid them down but people go the illegal route anyway,” said veteran obstetrics and gynaecologist, Dr Sumedha Dabke who runs a nursing clinic in Pune. Elaborating her point further she added that the doctors should just deal with the technicalities of a case. For example, making sure that the surrogate mother is physically healthy to bear a child. It’s not the job of the doctor to investigate if the donor and receiver are bona fide.

The government should set up a central regulatory body at nodal zones to perform thorough inspection of the cases, paperwork and scrutinize authenticity of the parties involved. With such administrative co-ordination and systematic nodal management, the government can freeze a probable illegal market from burgeoning.”

Mumbai-based IVF specialist Dr Aniruddha Malpani said that by banning commercial surrogacy, the government is conveying that infertile couples can't go for surrogacy anymore because the number of relatives and family members willing to opt for altruistic surrogacy is going to be meagre. “Even worse, the government is encouraging the creation of an underground black market where touts will ‘create relatives’ who volunteer to become surrogates. This will result in far more exploitation than exists today,” he said.

In Parliament, Congress MP MV Rajeev Gowda questioned the clause that demands the couple be certified as infertile, calling it the ‘certificate of essentiality’. Gowda said there are reasons proven, which are beyond infertility such as the absence of a normal uterus, recurrent miscarriage etc, where it is unsafe for a woman to bear a child.

Dr Malpani agreed. “In the long run, the sufferers are going to be those unfortunate infertile patients who don't have a uterus, or whose uterus has been damaged because of tuberculosis, and whose only medical treatment option was surrogacy, she said.” It's all well and good to say they can always adopt, but surrogacy is an ethical form of treatment, and it's not fair to deprive such parents of this option if they prefer this alternative.”

The bill is also not exhaustive. Single parents, divorcees as well as the LGBTQ community are deprived of the right to surrogacy because the bill does not include them.

Commercial surrogacy is currently banned in India as a measure to safeguard women renting the womb for money. The standing committee of the Assisted Reproductive Technology Bill, 2008 had recommended systematic regulation of surrogacy than completely banning it. Panel members have long insisted that the surrogacy bill be brought into effect only after the introduction of Assisted Technology Bill, which regulates the IVF clinics.