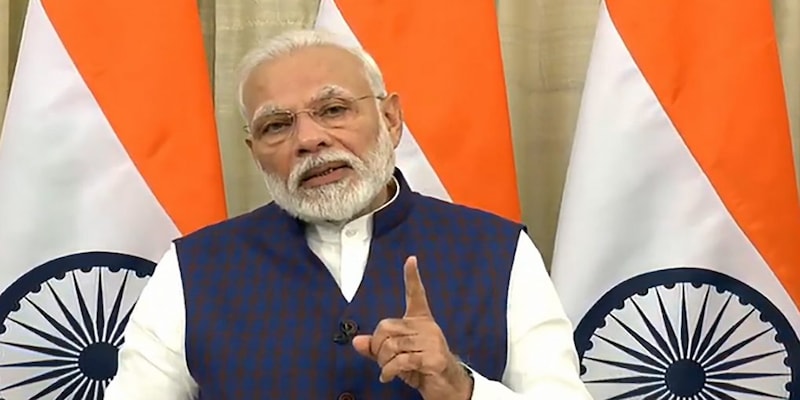 Prime Minister Narendra Modi wrote an open letter to India's citizens on the government completing one year of its second term, listing abrogation of Article 370, Ram Temple issue settlement, criminalisation of Triple Talaq and the amendment to the Citizenship Act among others as the key achievements of his government in the last one year.

He asserted that his government's decisions in the second term so far were aimed at making India a global leader.
Referring to NDA's massive victory in the general elections last year, PM Modi, in the letter, wrote that in 2019 the people of India voted not merely for continuity of his govt but also with a dream of taking India to new heights.
Some of the decisions have been widely discussed and remain etched in public discourse, Modi said.
"Article 370 (abrogation) furthered the spirit of national unity and integration," he said about the government abrogating Jammu and Kashmir's special status under Article 370 of the Constitution.
Referring to the Supreme Court's verdict on the issue of Ram temple in Ayodhya, Modi said it finally brought an amicable end to a debate that had been going for centuries.
The apex court, in its verdict in the Babri Masjid-Ram Janmabhoomi title case last year, paved way for construction of the Ram temple in Ayodhya.
"The barbaric practice of Triple Talaq has been confined to the dustbin of history," Modi said. A legislation made giving instant oral triple talaq or talalq-e-biddat a criminal offence last year with provisions of jail term up to three years.
Referring to the amendment to the Citizenship Act, Modi said it was an "expression of India's compassion and spirit of inclusiveness".
Check out our in-depth Market Coverage, Business News & get real-time Stock Market Updates on CNBC-TV18. Also, Watch our channels CNBC-TV18, CNBC Awaaz and CNBC Bajar Live on-the-go!