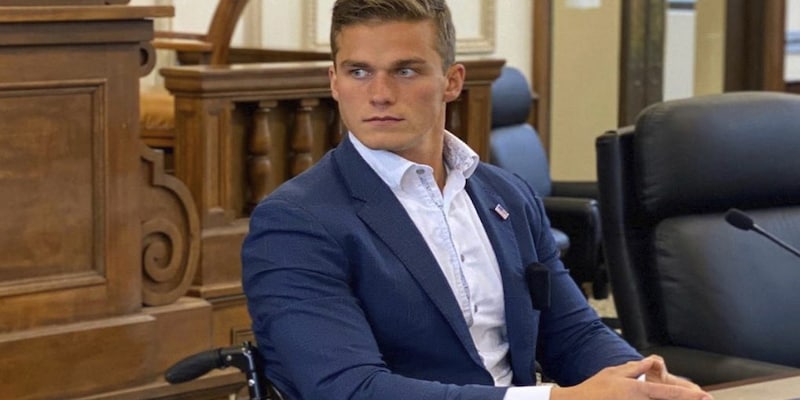 The 25 year old Madison Cawthorn has become the youngest member to serve in the U.S. Congress.

Republican rising star Madison Cawthorn has been elected to represent a U.S. House district in North Carolina. The 25-year-old will become the youngest member to serve in the U.S. Congress.

Cawthorn defeated a Democratic candidate and retired U.S. Air Force Col. Moe Davis by more than 10 percentage points. He will fill the 11th Congressional District spot vacated by Republican Rep. Mark Meadows, who is now President Donald Trump’s chief of staff.
Cawthorn rose to fame after claiming a surprise victory over Republican Lynda Bennett. Bennet was Trump’s preferred candidate but lost to Cawthorn in a June GOP primary runoff.
Cawthorn's secret to success has been his projection of himself as highly conservative on issues including abortion and racial justice and is a pro-border wall. As mentioned in his website, Cawthorn disagrees with Democrats on issues like the Green New Deal and “Medicare for All”.
On Tuesday after his victory, the youngest member of Congress tweeted, “Cry more, lib.”

The conservative came under scrutiny over his summer photos on his Instagram account in 2017, where he referred to Adolf Hitler with the honorific “Fuhrer” and described his visit to Hitler’s vacation home as a trip from his “Bucket List.” He later deleted the post.
Cawthorn, a real estate investor and political newcomer just turned 25 in August this year. He met the minimum age to run for the House seat. Before Cawthorn, the youngest member of Congress was Alexandria Ocasio-Cortez, popularly known as AOC.
ALSO READ
: Meet 'The Squad': The four progressive Congresswomen who've been re-elected
Cawthorn nearly died in a car crash six years ago, that left him partially paralysed and uses a wheelchair. Additionally, he enjoys hunting, cooking, travel, fitness, photography & videography, and studying history.
After his win, Cawthorn stated, “The days of AOC and the far left misleading the next generation of Americans are numbered.”
Furthermore, in his speech at the Republican National Convention (RNC) in August, Cawthorn said, “If you don’t think young people can change the world, then you just don’t know American history.”
-with agency inputs
For our in-depth coverage of the US elections 2020, check out our LIVE blog
(Edited by : Abhishek Jha)
Check out our in-depth Market Coverage, Business News & get real-time Stock Market Updates on CNBC-TV18. Also, Watch our channels CNBC-TV18, CNBC Awaaz and CNBC Bajar Live on-the-go!