Maharashtra elections highlights: BJP-Shiv Sena alliance set to win 243 seats, Congress-NCP down to half of its 2014 tally, 63% polling recorded

Maharashtra elections highlights: Maharashtra Assembly elections held on Monday saw a voter turnout of around 63 percent, almost matching the 63.38 percent polling recorded in the last state elections in 2014. Rural areas of the state fared better, with voters there showing more enthusiasm than their urban counterparts. Polling began at 7 am and ended at 6 pm. The main contest is between Devendra Fadnavis-led Bharatiya Janata Party-Shiv Sena alliance against the Congress-Nationalist Congress Party combine. Here are the main highlights from the polling in Maharashtra today:

Maharashtra Assembly elections held on Monday saw a voter turnout of around 63 percent, almost matching the 63.38 percent polling recorded in the last state elections in 2014. Rural areas of the state fared better, with voters there showing more enthusiasm than their urban counterparts. Polling began at 7 am and ended at 6 pm. Altogether 54.53 percent voters exercised their franchise till 5 pm, a poll official said. The state has total 8,98,39,600 voters, including 1,06,76,013 in the age group of 18 to 25 years. Nearly 6.5 lakh polling personnel were deployed at 96,661 polling booths across the state.

The voter turnout in Maharashtra has been recorded at 43.8 percent till 4.30 pm. From actor Aamir Khan to cricketing legend Sachin Tendulkar, many bollywood celebrities and sports persons voted in the ongoing assembly elections in Maharashtra.

Sushma Satpute, Election Commission officer at Worli: There was some issue in an electronic voting machine (EVM) at polling booth number 62 of Worli Assembly constituency but the machine has been replaced and voting is going on.

Nearly 31% voting till 1 pm in Maharashtra

Voting in Maharashtra picked up to notch 30.89 percent by lunch time for the assembly elections to the 288 seats, even as repeated appeals went out to the electorate to step out and vote, officials said here on Monday. Among notable personalities that have so far voted include actress Shabana Azmi, lyricist Javed Akhtar and Deepika Padukone.

Union Minister & BJP leader Dharmendra Pradhan: BJP is going to form govt in both the states, Haryana & Maharashtra. We are confident that people will continue to support Prime Minister Modi, his philosophy & his policies. #AssemblyElections2019 pic.twitter.com/RoE7QkGyqx

Maharashtra has recorded a moderate average of around 17.5 percent turnout till 12 pm, for the assembly elections to the 288 Assembly seats on Monday. As in the past, the tribal areas in different parts of the state like Thane, Palghar, Chandrapur and Nandurbar recorded more than 20 percent voter turnout in the festival of democracy, but most other parts of the state, especially the urban and semi-urban areas, the percentage was between 10-20 or less. The suicide prone Yavatmal recorded 9.25 while the rural Wardha notched 8.37 percent, the SC reserved Bhusawal recorded 9.88 percent, falling among the 13-odd constituencies with a single-digit percentage votes cast - less than 10 percent. The state capital Mumbai notched around 17 percent while the second capital Chief Minister Devendra Fadnavis' hometown Nagpur was hovering at 16.5 percent. (IANS)

Union Minister Smriti Irani after casting her vote at a polling booth in Mumbai. #MaharashtraAssemblyPolls pic.twitter.com/o1NUcbDYIa

Three motocycle-borne masked men fired at a candidate of pro-farmer outfit Swabhimani Paksha on Monday when he was going in a car, and also beat him up after pulling him out of the vehicle in Maharashtra's Amravati district, police said. The attackers later set the car ablaze, Shendurjana Ghat police station's inspector Maruti Gedam said. The incident took place on Malkhed road in Amravati, located around 150 km from Nagpur, he said. Devendra Bhuyar, the nominee of Raju Shetti's Swabhimani Paksha from Morshi seat, was going to Warud in a car along with some workers of the outfit when the three masked persons fired at him around 5.30 am, Gedam said. The attackers later forcefully stopped the vehicle, pulled out its occupants and thrashed them, he said. They then poured petrol on Bhuyar's vehicle and set it afire before running away, the official said. Bhuyar was taken to a hospital where his condition was reported to be normal, he said. Bhuyar, whose outfit is an ally of the Congress and NCP, is contesting the state Assembly polls against BJP minister Anil Bonde from Morshi seat.

The Sakhi Matdaan Kendra, a gaily-decorated polling station in Washim managed by an all-women staff, including security, was seen drawing hordes of voters as polling started for the Maharashtra Assembly elections on Monday. Setting the tone for Diwali next week, the path leading to the polling station was decorated with rangolis, with the punchline 'Shape Tomorrow by Voting Today' displayed outside the main entrance. READ MORE

Mumbai: Sachin Tendulkar, wife Anjali and their son Arjun after casting their vote at a polling booth in Bandra (West). #MaharashtraAssemblyPolls pic.twitter.com/SCMPcCOy03

Nitin Gadkari: We will have record-breaking victory

Union Minister Nitin Gadkari: Considering the amount of work & development that Maharashtra CM Devendra Fadnavis has done in last 5 years in Maharashtra, I am sure we will have a record-breaking victory in  Maharashtra Assembly Elections. 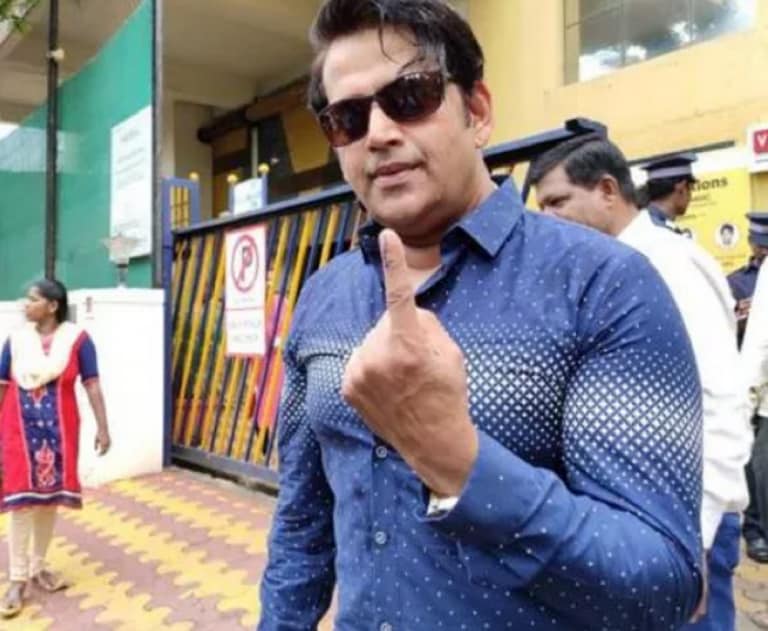 Leaders of various political parties queued in front of the polling booths in the early hours of the day to cast their votes in the ongoing assembly elections in Haryana and Maharashtra.

Aamir Khan along with filmmaker-wife Kiran Rao came out to cast their votes in St Anne's High School at Pali Hill area in suburban Bandra.

"What I thought are important issues, I kept that in mind and voted. I urge everyone to come out and vote in large numbers. Every citizen of Maharashtra should come out to cast vote and take part in this process," Khan told reporters.

He took to Twitter and uploaded a picture of the duo, writing, "Go exercise your right!! Go Vote!" 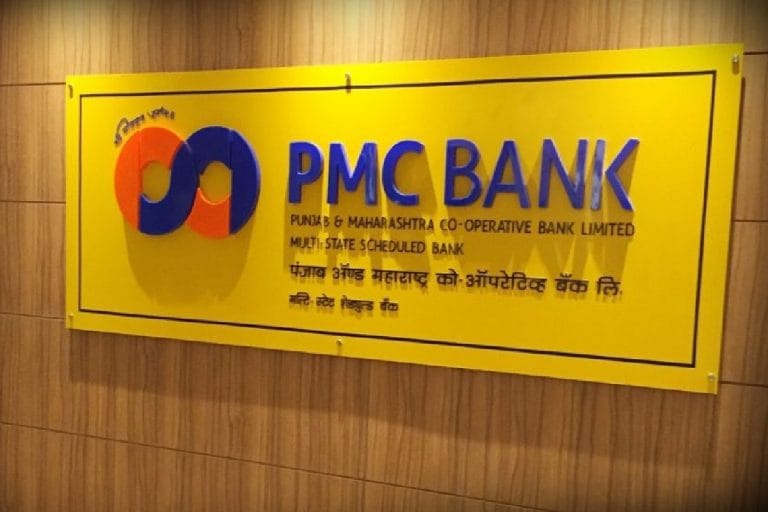 Polling is underway for 288 Legislative Assembly seats in Maharashtra. As many as 3,239 candidates are in the fray. The main contest is between the ruling Bharatiya Janata Party (BJP)-Shiv Sena and Opposition Congress-Nationalist Congress Party (NCP).

Prime Minister Narendra Modi on Monday urged people to turn out in record number to vote in the Maharashtra and Haryana Assembly polls, and hoped that youngsters too cast their ballots.

"Elections are taking place for Haryana and Maharashtra Assemblies. There are also by-polls taking place in various parts of India. I urge voters in these states and seats to turnout in record numbers and enrich the festival of democracy. I hope youngsters vote in large numbers," Modi tweeted.

Polling began in the two BJP-ruled states at 7 am on Monday. By-polls in 64 Assembly seats in 17 states and one Union Territory are also underway along with that in the Samastipur Lok Sabha constituency in Bihar.

Maharashtra has recorded an average of around 5.79 percent voter turnout till 10 am for the polls to the 288 Assembly seats. As in the past, the tribal areas of Thane, Palghar and Nandurbar recorded over 6 percent voter turnout and in most other parts of the state, especially the urban areas, it was around 5 percent. In the state capital, Mumbai, the voting percentage was around 7.20 while Chief Minister Devendra Fadnavis' hometown Nagpur was at 2.04 percent till 9 am.
Apparently alarmed by the low turnout, celebrities, political leaders appealed to people to step out and take part in the voting, with similar messages flooding social media and volunteers going door-to-door to bring out the voters in some areas. Among those who appealed to the masses included RSS Chief Mohan Bhagwat, Union Ministers Nitin Gadkari and Piyush Goyal, NCP leader Sharad Pawar and his daughter, Supriya Sule, Congress spokesperson Sachin Sawant and others. Election Commission officials are optimistic that the slow start may have been due to the rain in many parts of the state, including Mumbai and the voting would pick up subsequently.

Maharashtra assembly polls: 4.6% women among a total of 3239 candidates Mumbai suburbs record 5.64% voting till 9 am

Other urban areas like Pune, Nagpur, Nashik and Aurangabad reported a moderate response, while the turnout in rural areas was on the higher side, he said. Kolhapur reported 9.93 percent voting in the first two hours. Maharashtra recorded 63.38 percent turnout in 2014 Assembly elections. (PTI)

Maharashtra recorded a voting percentage of 4.17 percent till 9 am on Monday. Polling is underway in all the 288 assembly constituencies of Maharashtra and 90 seats in Haryana. The latter recorded a voting percentage of 7.43 in the first two hours of polling. According to the Election Commission, several constituencies in the two states have witnessed voting turnout in double digits. Polling began in the two Bharatiya Janata Party-ruled states at 7 am on Monday. (IANS)