Updated : May 25, 2019 12:20 PM IST
Now that the decisive mandate is in, it is time for Modi to exorcise dismount the Suit Boot Ki Sarkar ghost and steer Indian economy in a manner befitting of the verdict.
This is more so the case given that the first five years of the Modi government ensured the fundamentals of the economy stayed firm. 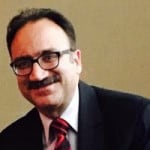 Rahul Gandhi worked hard to unsettle Narendra Modi this election but in the end, he came out as a big loser. While the grand old party assesses the reasons for the massive defeat, one key reason not being talked about at all is his ‘Suit Boot Ki Sarkar’ jibe.

This punch changed Modi’s politics early on in his innings as he dismounted the pro-reform agenda (for the fear of being seen as pro-business) and embraced pro-poor politics. From being a self-proclaimed policy reformer, the Prime Minister positioned himself as a messiah of the poor.

This yielded rich political dividends and Modi won a handsome mandate. Seen in hindsight, Gandhi gifted his adversary the biggest and the most crucial strategic advice. Modi, the shrewd politician that he is, milked it fully. This indeed calls for a thank you card from Modi to Gandhi.

Now that the decisive mandate is in, it is time for Modi to exorcise dismount the Suit Boot Ki Sarkar ghost and steer Indian economy in a manner befitting of the verdict. This is more so the case given that the first five years of the Modi government ensured the fundamentals of the economy stayed firm.

If Modi 2019 has defeated Modi 2014, the biggest manifestation of the historic victory has to be the return of Modi, the reformer, a key attribute that parachuted him from Gujarat to the Union capital.

It does not mean that Modi, the politician has to divorce his pro-poor agenda. The unprecedented mandate offers Modi the historic opportunity to leverage reforms where government and business co-curate the new India that boasts of equitable growth.

This would call for an artful blend of ushering in next wave of reforms to lift the economy (we do need to first be humble to admit that there are inherent challenges rather than gloss over some key facts) with the sole objective of delivering a new socio-economic order where India plays to its strengths (from demographic dividend to the humungous appetite for consumption to the unrivalled citizen aspiration to take the next level.

Prime Minister’s ‘The Making of Developed India’ (MODI) dream won’t happen if he does not step up the accelerator to urgently push reforms. To begin with, Modi needs to revisit the Land Acquisition and Rehabilitation Act. We have lost crucial time already and the capability of this reform is far-reaching. There should be no room for gradualism now. Of course, there will be opposition but the mandate should steel Modi’s resolve.

This one piece of reform has an intrinsic and strategic linkage to the success of the Make in India initiative. It is also time to revisit the template from the execution perspective to truly reimagine India as a manufacturing hub of the world. If India does not significantly perk up it's manufacturing, India’s demographic dividend is set to turn into a liability. That, in turn, would lead to civil strife that would be the most unfortunate development amidst a mandate for a growth economy.

Linked also to the manufacturing piece is India’s capability to make in India for the world. India’s recent export track record has been dismal. For the Indian economy to stay growth-oriented, India needs to reimagine the export strategy.

The other way to look at reviving India’s economy is to offset the trade balance by ushering in a new regime for the Natural Resources sector. India is well endowed but is unable to leverage its bottom of the land assets.  Modi earlier announced India’s goal to bring down its crude oil imports by 10 per cent by 2022. But this will remain an ambition unless and until there is a complete overhaul of relevant policies.

Niti Aayog has for long been advocating the need for ushering in a mining revolution and induct the exploration dollars. There is a need to bring in a conductive framework for bringing in FDI in the sector. Various official estimates say that the mining sector has the potential to take its contribution to overall gross domestic product (GDP) from the current 2 per cent to as high as 10 percent.

If technology (preventing leakage eliminating the middlemen) lever enabled Modi’s pro-poor policies to earn him electoral dividends, it is time to urgently revamp the GST architecture from two key perspective – rationalization of slabs to ease of compliance. It is naïve to imagine a single slab but a minimalist approach has to be demonstrated by policymakers and there has to be resistance to gradualism to rationalization.

Modi 2.0 must soon enough move to usher in reforms in factors of production, including labour and land, and the role of government in business, including privatization of PSUs. The half-hearted Air India privatization idea has to be remounted with political conviction. Similarly, review of extant ownership and pricing policies to encourage greater FDI and private investment in the critical infrastructure sector is also the need of the hour.

Agriculture – Out of Box Ideas

Modi, given his well-demonstrated capability to marry micro and the macro challenge, is best positioned to truly ring in agricultural reform and revolution. Sops are no permanent solution. India must seek global best practices and tailor them to success. Agriculture has to be approached from a bold new perspective where policy reform, technology lever and private sector integration have to be the pillars of a new agri-India.

Finally, Modi 2.0 has to ensure business is an equal stakeholder in the growth story. For that to happen there is a need to do a lot more than merely seeking endorsement. There is time to look at creating a new paradigm to boost investment at one level and to create an enabling environment for rebooting the India consumption story.

It is more than a full plate for Modi but he has proved he can deliver. He must follow the stock market sentiment and turn completely bullish. The mandate deserves some big bang reforms and there is no need to wait till the slog overs.

Rise of Modi should translate into well-being and rise of each and every Indian. It is, without doubt, today that if there is one leader who can deliver a new India it is Modi and no one else.