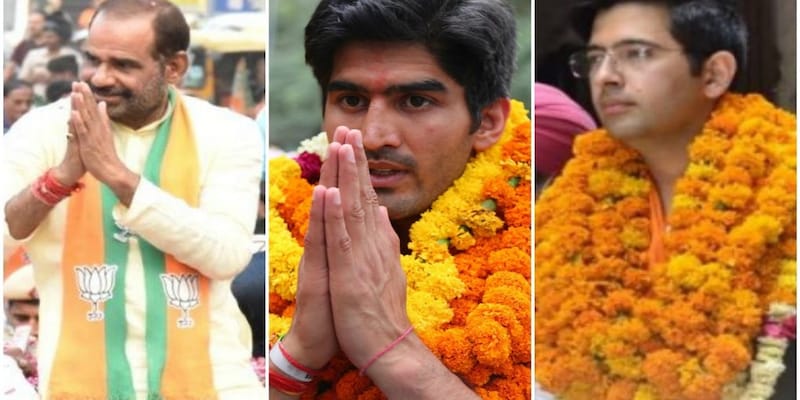 Bidhuri polled 6,85, 789 votes while Chadha has secured 3,19,770 votes, according to the Election Commission data, as of 11 PM. The vote share for Bidhuri stood at 56.56 percent while it was 26.37 percent for Chadha.
The constituency, which has been a stronghold of the saffron party since it came into existence in 1966, witnessed three-pronged contest in which the sitting BJP MP Ramesh Bidhuri was taking on AAP’s Raghav Chadha and Congress’s Olympic medal winner Vijender Singh.
About 59 percent votes were polled in the constituency where voting was held on May 12, 2019.
Check out our in-depth Market Coverage, Business News & get real-time Stock Market Updates on CNBC-TV18. Also, Watch our channels CNBC-TV18, CNBC Awaaz and CNBC Bajar Live on-the-go!