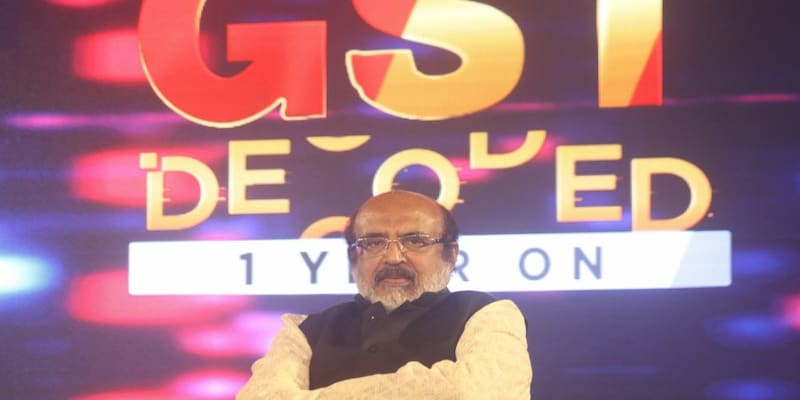 Blaming the Modi government for Kerala’s financial woes, Issac also said the Centre was strangulating the state by even reducing grants and loans due to it.

Kerala Finance Minister Dr T M Thomas Isaac said that he will put up a proposal before other finance ministers on the possibility of approaching the Supreme Court to enforce state rights in terms of goods and services tax (GST) compensation.

“If GST council is not able to come to a solution, then the states should move together to the Supreme Court (SC). I am putting this proposal before other ministers. Even before the next GST council I will be discussing with like-minded finance ministers about the possibility of approaching SC to enforce state rights, something which has been guaranteed by constitution and very clearly laid down by the law passed by the parliament," Isaac said while speaking to the media in state capital Thiruvananthapuram on Thursday.
Blaming the Modi government for Kerala’s financial woes, Issac also said the Centre was strangulating the state by even reducing grants and loans due to it.
The minister added that the compensation arrears pending are about Rs 40,000 crores.
“Rs 10,233 crore loan is due from the Centre in the last quarter of FY20. But we have received only Rs 1,900 crore. Last year, Rs 19,500 crore was received. Even the allocation under the goods and services tax (GST) is not coming,” said Issac.
The minister also said that Kerala's public borrowing, compensation payment for GST and central share of taxes has been drastically reduced by the centre for the last quarter.
Isaac added that the state has not received any money from the centre after the 2019 floods.
Isaac said, "After the 2019 floods for some strange reason Kerala has been left out. In the press release no rationale was given for this decision. Some reason coming in the press is that Kerala has a balance from 2018. Which is true because a major part of the expenditure is on construction of house and roads. All of which are on but payment can be given only when the construction is over. The centre could have allocated funds and given it only after this was used. "
He added that the reasons may be partly political.
"That Kerala is not only standing up on the side of secularism but also pushing an alternative agenda for economic development. Kerala’s opposition to central policies is much more comprehensive. So i think there may be some animosity," the minister said.
Last week, Union Home Minister Amit Shah chaired a meeting for disbursement of funds to flood-hit states where seven states were given Rs 5,908 crore, but Kerala didn’t receive anything, he said.
“This is a blot on the Centre-state relations,” Issac said. He added that he will be writing to the centre and try to meet the union finance minister.
Check out our in-depth Market Coverage, Business News & get real-time Stock Market Updates on CNBC-TV18. Also, Watch our channels CNBC-TV18, CNBC Awaaz and CNBC Bajar Live on-the-go!