Kerala Election Results 2021 HIGHLIGHTS: In Kerala, the LDF readied for another term, the first time in four decades that the same grouping could form the government for the second consecutive time. The LDF won 70 of the 140 seats and is leading in another 29 segments, according to the Election Commission. Among the prominent losers was ’Metroman’ E Sreedharan, who had joined the BJP with much fanfare ahead of the elections. Kerala Chief Minister Pinarayi Vijayan dedicated the historic victory of the LDF to the people and said it proved there was no room for communal politics in the state. 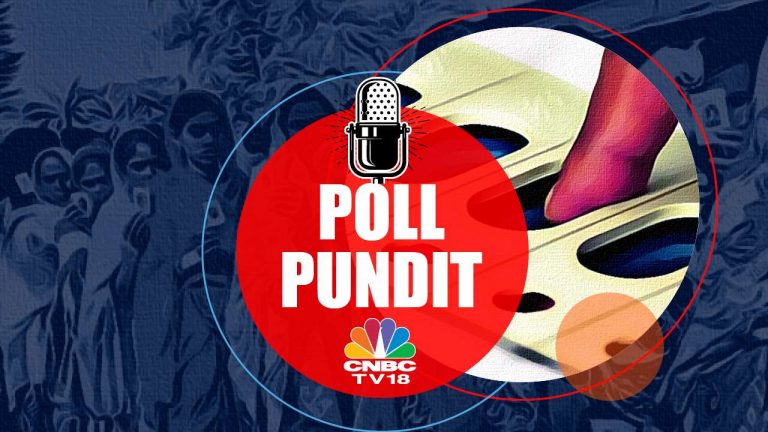 Tune in to the Poll Pundit podcast to know all about the 2021 assembly election results in Tamil Nadu, Kerala and Puducherry.Get latest Politics online at cnbctv18.com

As the counting of votes continues, the final overall results could be released early on May 3. Do join us tomorrow for more news, views and LIVE updates from the 2021 assembly elections. Until then stay safe and stay tuned to CNBCTV18.com

Historic day for Left: In Kerala, gets second term but fails to bag even one seat in West Bengal

The Left rewrote history in Kerala on Sunday by becoming the first government to get a second term in four decades but its fortunes fell to a historic low in West Bengal where it failed to bag even one seat, resulting in its complete decimation in a state it once ruled for over three decades. The Left's fall in Bengal was a sharp one. It not only drew a blank in the 2019 national elections but lost its traditional supporters to the BJP, as conceded by its own leaders. Matters came to such a pass that the 2021 assembly polls became a bipolar contest between the BJP and the TMC, with the CPI(M), CPI and the Congress playing in the background.

The 'none of the above' or 'NOTA' option had very few takers in the five assembly polls, counting of which was held on Sunday. According to data available on the Election Commission website, 91,715 or 0.5 percent of the electors used the NOTA option in Kerala.

The BJP, which fought the April 2 assembly polls with the fancy claim of winning at least 35 seats in Kerala, on Sunday came a cropper as it failed to retain even its lone segment Nemom, even as all its major contestants, including 'Metroman' E Sreedharan and party state chief K Surendran fell by the wayside. The saffron party's poll ride came to a grinding halt in the state as former Mizoram Governor Kummanam Rajasekharan, who was entrusted to retain Nemom in the state capital, failed to repeat the magic created by party veteran O Rajagopal there in the 2016 assembly elections.

The ruling LDF in Kerala seems to be heading for a second consecutive term as it has won 70 of the 140 seats and is leading in another 29 segments, according to the Election Commission. This is the first time in over 40 years that an elected government is retaining power in Kerala, bucking the trend of swinging between communists and the Congress led UDF.

Trading of votes between UDF&BJP reason for my defeat, says Jose K Mani

Kerala Congress (M) leader and LDF candidate Jose K Mani, who lost to UDF rival and sitting MLA Mani C Kappan of NCP in Pala, on Sunday alleged that trading of votes between UDF and BJP was the reason for his defeat. Mani lost by a margin of over 15,000 votes.

CPI(M) fights many battles to retain power in Kerala

If the April 6 assembly poll was an existential struggle for the opposition Congress-led UDF, it was nothing but a chance to script history for the ruling CPI(M) headed LDF by bucking the over four-decade-old trend of alternate front governments in Kerala. When the Left Democratic Front seems to be heading for a clean sweep and retaining power, it scripted a new chapter in the state's electoral history and also ensure that the red flag will continue to fly in the lone Left bastion in the country.

Lack of strong leadership in state led to UDF's downfall

A high voltage statewide campaign raising the Sabarimala women's entry issue and gold smuggling scam failed to better the fortunes of the Congress-led UDF at the hustings,as it lacked a strong state leadership to take on the Pinarayi Vijayan-led LDF on the ground. The unceremonious fall of the UDF in the assembly elections is also seen as a setback to Congress leader Rahul Gandhi, who had tried to project the UDF as the credible force that could counter the rise of the BJP in the southern state during his campaign.

Congress leader Ramesh Chennithala wins by a margin of 13,666 votes from Haripad.

Kerala Devaswom minister Kadakampally Surendran wins from Kazhakootam by a margin of 23,497 votes.

His decades-long political acumen came to the fore as Kerala Chief Minister Pinarayi Vijayan led the ruling LDF to a thumping win over opposition UDF in the keenly fought April 6 assembly polls, bucking an over four-decade-old trend of power alternating between two fronts. A combination of factors contributed to LDF's historic victory, including delivery of a string of populist measures like distribution of free foodgrains and provision kits to all people, better management of the COVID-19 situation by gearing up the public health care system and enhanced and prompt payout of social security pensions.

Poll results prove there is no room for communal politics in Kerala: Pinarayi Vijayan

Kerala chief minister Pinarayi Vijayan on Sunday dedicated the historic victory of the Left Democratic Front in the assembly polls to the people and said it proved that there was no room for communal politics in the state. Flaying both the Congress led UDF and BJP and a section of the "right wing" media for trying to tarnish the image of the government and its development and welfare programmes, he said the people have rejected their 'vicious propaganda' by giving the Left a decisive mandate.

'Metroman' E Sreedharan (BJP) loses to Shafi Parambil (Congress) by a margin of 3,859 votes in Palakkad.

Kerala CM Pinarayi Vijayan wins from Dharmadam Assembly seat by a margin of over 50,000 votes. He was up against Congress' C Raghunathan.

Kerala CM Pinarayi Vijayan: The news that the swearing-in ceremony will take place tomorrow is not true. The resignation will be submitted when I reach Thiruvananthapuram tomorrow. The rest will be decided after discussion with the party and the Front.

Here are some of the biggest winners and losers in Kerala:

CM Pinarayi Vijayan: Vijayan is on the way to becoming the first CPM leader to retain power in the state. Vijayan has not only led his party and allies to a splendid victory but also is on the way to a historic win from the Dharmadom constituency, where he is leading by over 14000 votes.

KK Shailaja: The state Health Minister won from Mattannur constituency by over 60,000 votes.

K Surendran: The BJP Kerala chief failed to make it to the state assembly despite contesting from both Konni and Manjeswar seats.

Meanwhile, as opposed to earlier reports, BJP's Suvendu Adhikari has beaten West Bengal Chief Minister and TMC chief Mamata Banerjee by 1,622 votes. As expected, it was an extremely tight race that swayed from one side to the other as the last round of counting, round 17, started with a difference of mere six votes.

Kerala CM Pinarayi Vijayan: Top BJP leaders had announced that they were moving towards forming a government. At that point, we were told that their current account here would be closed in this election. BJP leaders, including the PM, Home Minister and Chief Ministers, had come here to campaign. V Sivankutty of the Communist Party of India (Marxist) has won the Nemom assembly seat in Kerala by defeating the former Meghalaya governor and senior party leader of the BJP, Kummanam…

Senior Congress leader Shashi Tharoor on Twitter: It's a day of disappointment for many of my friends and colleagues in Kerala Congress. You fought a good fight. The energy and commitment I have seen from you is the party's greatest strength. We must not be disheartened. There is work ahead to renew and revive our party, and to serve the people.

Kerala Finance Minister Thomas Isaac: We have closed the account that BJP opened in the Kerala assembly in 2016 election. Kerala has become the only assembly in India that has no representative from BJP. Kerala will remain the citadel of secularism in the country.

Kodiyeri Balakrishnan, CPI-M: People's mandate proves that they are happy with the pro-people policies of LDF govt. It's a victory of people. PM Modi with half a dozen ministers campaigned here but they even lost the one seat they had. People here have defeated communal forces.

Kerala CM Pinarayi Vijayan: Kerala has given a verdict in favor of the LDF. But this is not the time to celebrate with great joy as COVID-19 continues to spread. This is the time to continue the fight against COVID-19.

Defence Minister Rajnath Singh congratulates Kerala CM Pinarayi Vijayan: Congratulations to the Chief Minister of Kerala Shri @vijayanpinarayi on his party’s victory in Kerala Assembly elections. My best wishes to him for his next tenure.

Kerala Health Minister KK Shailaja after winning Mattannur constituency: "The LDF in Kerala got a thumping victory in assembly elections and are thankful to people of Kerala." (ANI)