K'taka-Maha border dispute: From Bommai to Thackeray to Fadnavis — who said what

K'taka-Maha border dispute: From Bommai to Thackeray to Fadnavis — who said what 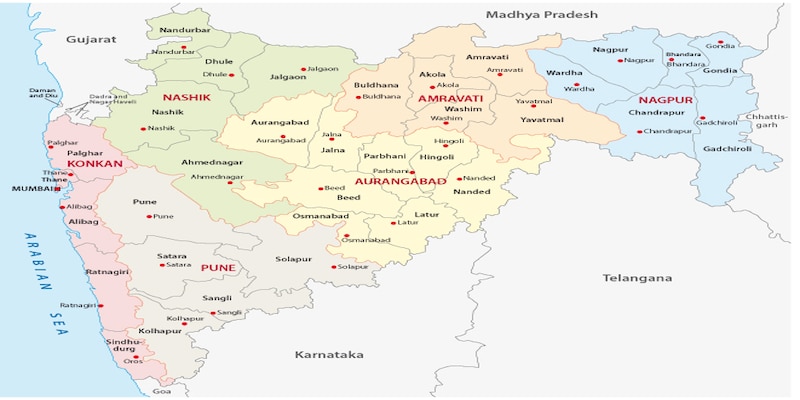 Karnataka Maharashtra border dispute: The Karnataka government has maintained that "there is no question of letting go even an inch of Karnataka's border". Meanwhile, Maharashtra's Devendra Fadnavis said "No village in Maharashtra will go to Karnataka!".

The dispute over the Karnataka-Maharashtra border was back in focus following a war of words among chief ministers and top political leaders from the two BJP-ruled states. Since its inception in 1960, Maharashtra has been entangled in a dispute with Karnataka over the status of Belgaum district and other Marathi-speaking villages which are in the control of the southern state.

Here's who said what and all about the dispute as the states gear up for a legal battle over the decades-old dispute.
What is the Karnataka-Maharashtra border dispute?
The dispute dates back to the 1960s after the reorganisation of States on linguistic lines. Maharashtra laid claim on Belagavi, earlier known as Belgaum, which was part of the Bombay Presidency at the time of independence, on linguistic grounds. Belagavi bordering Maharashtra has a significant population of Marathi-speaking people.
While demarcating state borders, the Reorganisation of States Commission had included talukas with an over 50 percent Kannada-speaking population in Mysore. However, those opposing this demarcation argued that Marathi-speakers outnumbered Kannadigas who lived there in 1956, News 18 reported.
The Mahajan Commission was then formed to resolve the issue. In August 1967, the Commission recommended that 264 villages be transferred to Maharashtra and that Belgaum and 247 villages remain with Karnataka, the News 18 report said. Maharashtra rejected the report, calling it biased and illogical. It demanded another review.
Maharashtra continues to demand that 814 villages from Karnataka be transferred to the state after the linguistic population of each state is counted. Meanwhile, Karnataka maintained that the Mahajan Commission report on the border issue is final.
Therefore, no agreement has been reached on the matter yet. In 2004, the Maharashtra government approached the Supreme Court, seeking resolution of the border dispute under Article 131(b) of the Constitution. The case is now being heard before the Supreme Court. Karnataka also sought to make Belagavi a second power centre after Bengaluru, PTI reported.
As the row continues, Karnataka Chief Minister Basavaraj Bommai recently claimed that panchayats in Jat taluka of Maharashtra had passed a resolution in the past to merge with Karnataka when there was a severe drought situation and acute drinking water crisis. He said his government has evolved schemes to help them by providing water. However, Maharashtra Deputy minister Devendra Fadnavis denied any such resolution in recent times.
Who said what on the Karnataka-Maharashtra border dispute?
Maharashtra CM Eknath Shinde
Eknath Shinde-led Maharashtra government appointed ministers - Chandrakant Patil and Shambhuraj Desai - to coordinate with a legal team regarding the court case on the issue.
Shinde had said earlier this week, “Late Balasaheb Thackeray was always a supporter of the State's demand to make Belgaum a part of Maharashtra. We have concentrated our focus on solving the issue. If required, the number of lawyers will be increased".
Karnataka CM Basavaraj Bommai
Meanwhile, Bommai's team will have former attorney general Mukul Rohatgi, Shyam Diwan, former Karnataka advocate general Uday Holla and Maruti Jirale. Speaking about the legal dispute, Bommai said his team has "made all preparations to assert that the petition cannot be maintained".
He emphasised that "there is no question of letting go even an inch of Karnataka's border". He added the State Reorganisation Act was passed under Article 3 of the Constitution. "After the reorganisation of states, there is no instance of any review plea ever considered in the country," he said.
Basavaraj Bommai hit out at Maharashtra saying that Maharashtra politics was dependent only on border rows. "What has happened in Maharashtra is that the border dispute itself has become a political object. Irrespective of party affiliation, all political parties for their political reasons raise the issue. But they will never succeed," he was quoted by PTI as saying.
Bommai asserted that when it comes to the Kannada state, "language and water, we all fight unitedly. In the coming days as well, we will fight together".
The Karnataka chief minister said his government has decided to give special grants to Kannada medium schools in Maharashtra and also pensions to Kannadigas in the neighbouring state who fought for the unification of the state.
Maharashtra minister Shambhuraj Desai
Desai said Bommai's "ridiculous old demand" should not be taken seriously. "The villages in Jat tehsil (of Sangli district) had reportedly passed a resolution more than a decade back to pressurise the then state government to address their demand of water supply for irrigation from the Krishna river."
"However, there is no such official documentation or resolution (of those villages) available with the Maharashtra government which was passed some years back," he said.
Desai said the Maharashtra government has already cleared a proposal to supply water for irrigation to the arid regions of Jat tehsil in Sangli.
The cost of the project is around Rs 1,200 crore. Technical scrutiny of the project is underway. It means those villages will definitely get water from Maharashtra,” Desai said.
Karnataka Congress leader Siddaramaiah
Former chief minister Siddaramaiah cautioned the Karnataka government to wake up to the Maharashtra government's move. "Maharashtra government has taken a special interest in Belagavi border issue. @BJP4Karnataka should immediately wake up & call for an all-party meeting to discuss the way forward," the Congress leader tweeted.
Maharashtra Deputy Chief Minister Devendra Fadnavis
"No village in Maharashtra will go to Karnataka! The state government will fight strongly in the Supreme Court to get Marathi-speaking villages in Karnataka including Belgaum-Karwar-Nipani!," Fadnavis had said on Thursday.

Shiv Sena (UBT) chief Uddhav Thackeray
Uddhav Thackeray has said Eknath Shinde has no courage to speak against his Karnataka counterpart. "Have we lost our courage as Karnataka chief minister is easily making claims on Maharashtra villages?" Thackeray said on Thursday. "Is Karnataka CM having any blessings from Delhi? Does the Centre also want the same thing?" he added.
NCP chief Sharad Pawar
Nationalist Congress Party (NCP) chief Sharad Pawar said that the BJP "cannot run away from the Karnataka issue." He said, "If Karnataka wants to return Nipani, and Belgaum villages, then only some exchange can be worked out."
(With inputs from agencies, News 18)
(Edited by : Abhishek Jha)
Check out our in-depth Market Coverage, Business News & get real-time Stock Market Updates on CNBC-TV18. Also, Watch our channels CNBC-TV18, CNBC Awaaz and CNBC Bajar Live on-the-go!

Gujarat: Three held for flying camera-drone near venue of PM Modi's rally ahead of polls