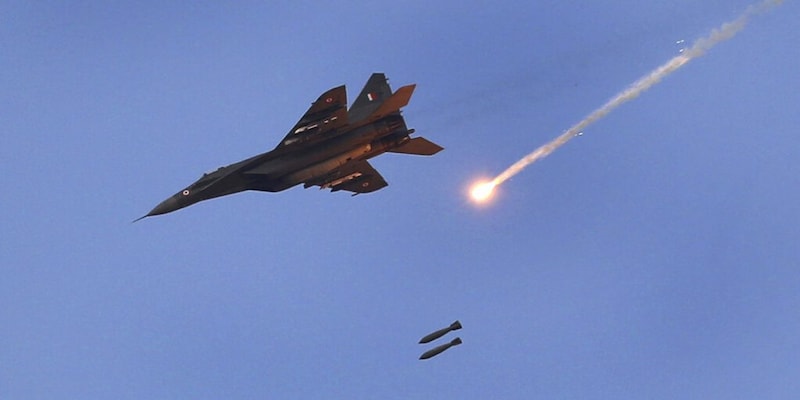 Twitter in India and Pakistan has been abuzz with alleged sightings of fighter aircraft in Karachi airspace and a blackout in the Pakistani city.

Twitter in India and Pakistan has been abuzz with alleged sightings of fighter aircraft in Karachi airspace and a blackout in the Pakistani city.

Some users tweeted seeing Pakistan Air Force planes patrolling Karachi’s airspace, while others speculated they belonged to the Indian Air Force.
There has been no official statement from either India or Pakistan regarding the aerial activity in Pakistan’s largest city.
A Pakistani journalist took to Twitter to write about “extraordinary air activity” being observed on the India-Pakistan border. “Pakistan security forces are alert,” the journalist added.

There has been no statement from the Indian or Pakistani establishments about activity on the line of control (LOC) either.
The two nations saw an escalation in military activity on the Kashmir border after a suicide car bombing in Pulwama in February 2019. India responded by launching airstrikes in Pakistani territory, including strikes in Balakot in the Khyber Pakhtunkhwa province.
While India lost a MiG-21 bison during the skirmishes, Pakistan lost an F-16 fighter aircraft. The tensions subsequently eased.
Most major Pakistani news outlets have not carried any news of the alleged sighting of aircraft in Karachi.
Check out our in-depth Market Coverage, Business News & get real-time Stock Market Updates on CNBC-TV18. Also, Watch our channels CNBC-TV18, CNBC Awaaz and CNBC Bajar Live on-the-go!