Follow real-time updates on Union Budget 2023Catch exclusive videos on Union Budget 2023 from CNBC-TV18
The Centre recently revoked its decision to open the Kanchenjunga mountain peaks in Sikkim for mountaineering and trekking expeditions. The third highest mountain in the world – Kanchenjunga (8,598m) is worshipped in Sikkim, and the previous announcement had come in as a rude shock to the indigenous community of the state. Local organisations and stakeholders had approached the state government with requests to preserve the sanctity of the holy mountains.

The Union Ministry of Home Affairs (MHA), in a recent order has now announced its decision - “with the approval of the competent authority” - to delete 14 peaks located in the state from the list of 137 peaks in Jammu and Kashmir, Himachal Pradesh, Uttarakhand and Sikkim that would be open to foreigners desirous of obtaining Mountaineering Visa for climbing or trekking.
According to the circular issued last month, 24 mountain peaks in Sikkim were included in the list of 137 peaks. The new order now ensures that the holy Kanchenjunga and Kanchenjunga South (8474m) would not be opened to foreigners for any expedition.
The Sikkim unit of the Bharatiya Janata Party (BJP) thanked the Modi government at Centre for the decision.
“On behalf of ten BJP MLAs and the people of Sikkim, we thank the MHA, Governor of Sikkim, BJP General Secretary Ram Mahadev and entire PM Modi led government for deleting Kanchendzonga and other sacred peaks from the list of peaks opened for mountaineering and trekking,” said BJP state president DB Chauhan.
On the other hand, Hamro Sikkim Party (HSP) Chief Baichung Bhutia also thanked the Union Home Ministry for its decision.
Earlier, Everester Kunzang Gyatso, who is also the president of the Sikkim Mountaineering Association (SMA), said mountaineers who wish to climb the Kanchenjunga can do it from the Nepal side without hurting religious sentiments of the locals.
“Religion is priority in many places. And being a mountaineer, I feel that the way we challenge nature, we must also respect it. Sikkim has been built with the blessings of the mountain gods. If you want to climb the Kanchenjunga, you can do so from the Nepal side. In Sikkim, according to religious beliefs, we leave a gap of 10m from the top for any peak, and that becomes our summit,” said Gyatso, who scaled the Everest in 2008. 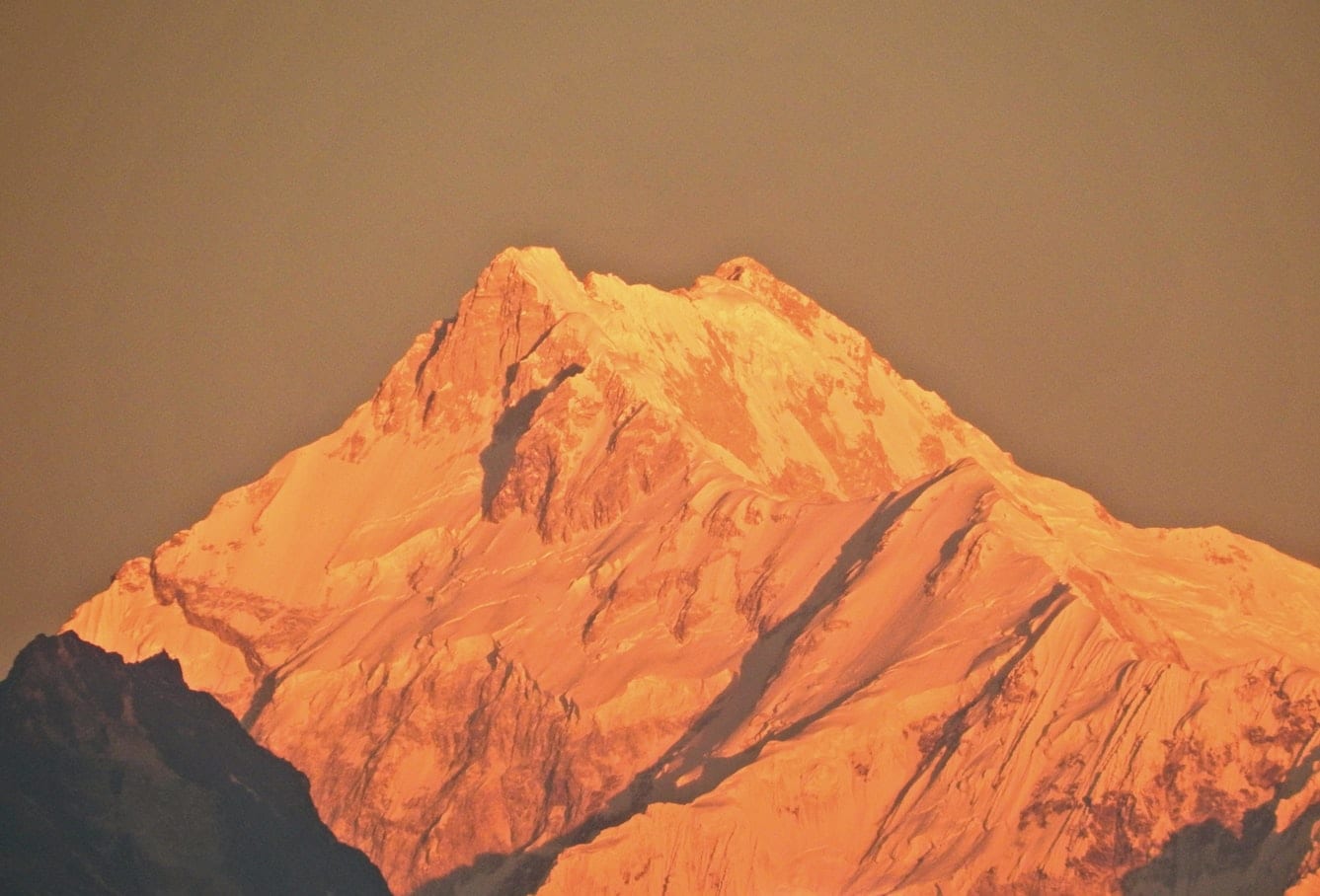 The Kangchenjunga Himal section of the Himalayas lies both in Nepal and India and encompasses 16 peaks over 7000m (23,000ft). Of the 374 mountain peaks in Sikkim, there was a proposal to open 109 for expedition, barring the 12 sacred peaks. They are protected as places of Buddhist worship under provisions of the Places of Worship (Special Provisions) Act, 1991. The Sikkim government had banned expeditions to the Kanchenjunga in 2001.
“In Sikkim, we have peaks, caves, rocks, lakes, chhoetden (stupa) and hot-springs that are considered most sacred. The Kanchenjunga is our God and the abode of Gods,” said Tseten Tashi, convenor of the Sikkim Bhutia Lepcha Apex Committee (SIBLAC) who had earlier appealed to the government to reconsider decision- pointing out the issue of national security in the border state besides religious concern.
The Singalila Ridge separates Sikkim from Nepal in the west, while the Dongkya Range forms the border with the Tibet Autonomous Region of China to the east. Almost two-thirds of Sikkim consists of lofty mountains secured by the Kanchenjunga massif.
Sixty-four years ago, Joe Brown and George Band scaled the Kanchenjunga as part of a British expedition, and they stopped short of the summit because of a promise given to the ‘Chogyal’ (monarch) that the top of the mountain would remain intact. And even today, every climber or climbing group that has reached the summit has followed this tradition.
Check out our in-depth Market Coverage, Business News & get real-time Stock Market Updates on CNBC-TV18. Also, Watch our channels CNBC-TV18, CNBC Awaaz and CNBC Bajar Live on-the-go!