Prime Minister Narendra Modi's government on Monday revoked Article 370 and Article 35A, which gives special rights and privileges to the state's citizens in government jobs and land.

Prime Minister Narendra Modi's government on Monday revoked Article 370 and Article 35A, which gives special rights and privileges to the citizens of Jammu and Kashmir in government jobs and land.
Home Minister Amit Shah, in a statement presented in Rajya Sabha, said that Article 370 and Article 35A will be abrogated. He also proposed a new bill for the reorganisation of Jammu and Kashmir.
President Ram Nath Kovind has signed notification to scrap Article 370.
The decision comes as tension continues to simmer in Jammu and Kashmir and over 35,000 additional troops were moved in the state in the days before the announcement.
The government imposed restrictions under Section 144 of the CrPC in Srinagar district with effect from Sunday midnight as a precautionary measure. 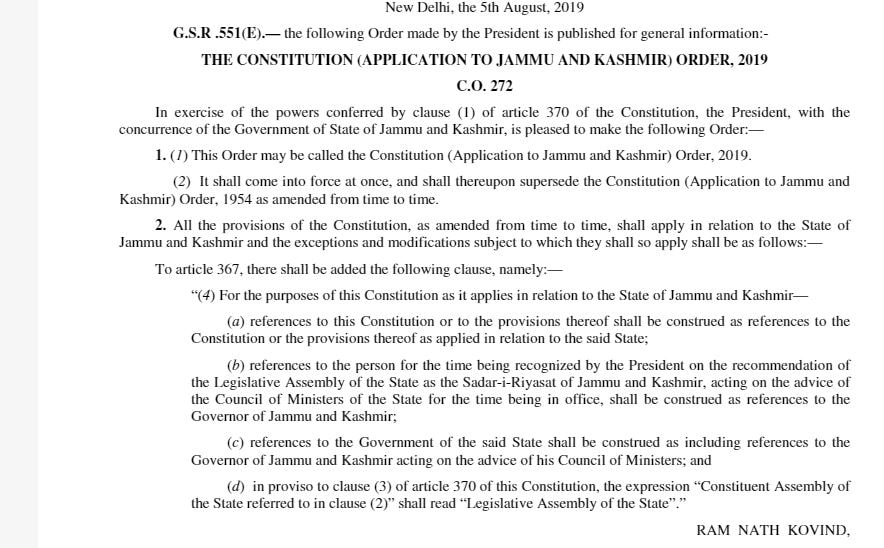 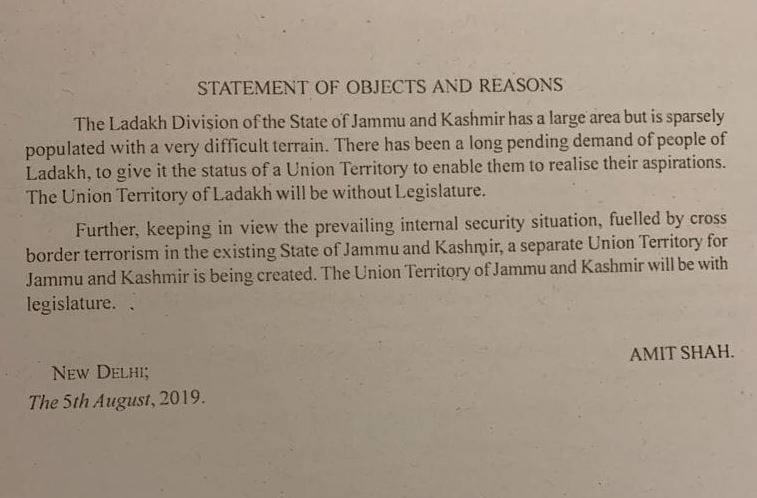 Today marks the darkest day in Indian democracy. Decision of J&K leadership to reject 2 nation theory in 1947 & align with India has backfired. Unilateral decision of GOI to scrap Article 370 is illegal & unconstitutional which will make India an occupational force in J&K.

Kashmir remained on the edge as authorities stepped up security at vital installations and in sensitive areas, suspended mobile Internet services and either "arrested" or "detained" several leaders in fast-paced developments on Sunday night.
PM Modi may call an all-party meeting on August 7 and may also address the nation and speak to Jammu and Kashmir Governor. PM Modi will also be speaking to the CMs of Punjab, Haryana, UP, Bihar, West Bengal and Assam.
Tags