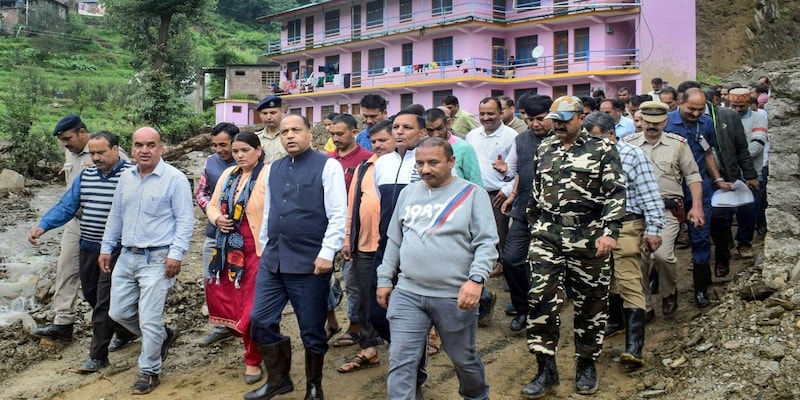 The 57-year-old Chief Minister has to defy history and ensure he leads the party to victory for the second time, when Himachal goes to polls on November 12.

Not just his seat Seraj, stakes are high for Jai Ram Thakur in other constituencies falling in his home district of Mandi in Himachal Pradesh too. The 57-year-old Chief Minister has to defy history and ensure he leads the party to victory for the second time, when Himachal goes to polls on November 12.

The ride for Thakur could not be a smooth one, although his partymen believe his track record in delivering development projects gives him a clear edge. The party suffered big setbacks a few months ago, when the Congress wrested the Mandi parliamentary seat from the Bharatiya Janata Party (BJP). Pratibha Singh, wife of former Chief Minister Virbhadra Singh, defeated her rival candidate to snatch the seat. Thakur has to turn it around.
“If he manages to lead the party to victory in most seats in the district, he will gain some strength within the party. He has his detractors, but a victory could stamp his place in the party as the numero uno,” said a leader.
Thakur is putting all his might not just in Seraj, from where he has been winning since 1998, but adjoining constituencies as well.
What could work
In the past one month, he has held about 15 rallies, five of them after the poll dates were announced. So what could work for him?
Also Read: Bihar bypoll: RJD, BJP locked in fierce battle in Mokama assembly
“The region has seen a spurt in tourism. Look at Seraj and how it has emerged as a major tourist destination. The Mandi region has also seen a lot of infrastructure development. The results can be seen on ground,” said Arvind Purohit, a resident of Mandi. The CM has developed a Tourism Culture Centre and Nature Park in Seraj valley to attract tourists.
What has also helped the party in the region is the setting up of the AIIMS hospital in the adjoining Bilaspur district.
Anti-incumbency, rebels
However, the party is conscious of the anti-incumbency that could have set in. Some concern areas such as delays in the construction of the government Degree College building at Thachi and slow pace of construction work of the government Degree College building at Gadagusai confront the government.
Also, rebel candidates contesting from some of the seats in the region, too, is a challenge. “The presence of rebels could pose a serious challenge and that’s why apart from Thakur, even the party top brass was involved in placating some of them recently,” said a leader.
The party is trying to learn from the defeat in the Mandi bypoll. “During those elections, the party coined the campaign line ‘Meri Mandi’, which back-fired. There was a sympathy wave for Pratibha Singh, as the polls were held just after Virbhadra’s demise. The party failed to tide over that. This time, the focus is completely on packaging the double engine growth in the area and what Thakur has done for the welfare of the region as the Chief Minister,” said a member of the CM’s planning team.
Also Read: Himachal Pradesh polls: PM Modi to address rallies from November 5-9
Check out our in-depth Market Coverage, Business News & get real-time Stock Market Updates on CNBC-TV18. Also, Watch our channels CNBC-TV18, CNBC Awaaz and CNBC Bajar Live on-the-go!