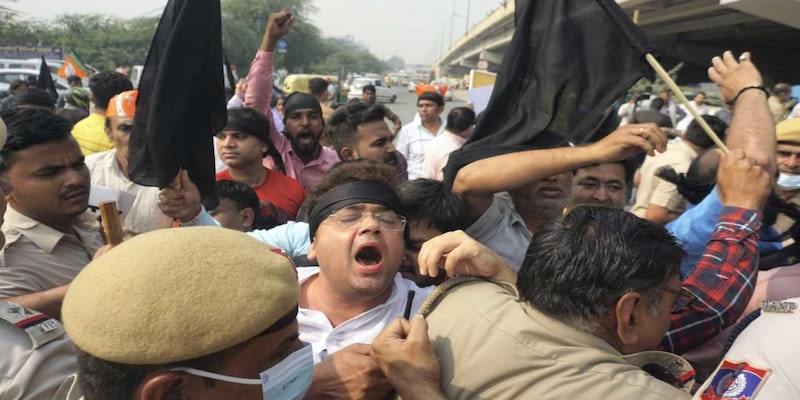 Workers of the Bharatiya Janata Party and Aam Aadmi Party took to the streets to protest against each other in Delhi on Thursday. Workers of both parties blocked roads and raised slogans against the other in Ghazipur as Chief Minister Arvind Kejriwal visited the Ghazipur landfill site.

The BJP workers were protesting against the Delhi government and AAP workers reached there soon after and raised slogans against them. Leaders of both parties accused the other of not doing enough and also blocking the funds.
The visit comes ahead of the MCD polls and the date for the same is yet to be announced. The Delhi civic polls are expected by the end of this year or early next year.

Kejriwal accused the BJP, which ruled the three erstwhile municipal corporations in Delhi, of doing nothing other than creating three garbage mountains and filling the city with waste. In a tweet, Kejriwal said, "I asked one of their (BJP) leaders: What work did you do in the municipal corporation in 15 years? While shying away, he told two things - 1) (They) Built three big garbage mountains and 2) Filled the entire Delhi with garbage," he tweeted.
In 2017, the BJP swept the civic body polls, bagging 181 wards in the erstwhile south, north and east Delhi municipal corporations. The Centre unified the three municipal corporations this year into the Municipal Corporation of Delhi.
With inputs from PTI
Check out our in-depth Market Coverage, Business News & get real-time Stock Market Updates on CNBC-TV18. Also, Watch our channels CNBC-TV18, CNBC Awaaz and CNBC Bajar Live on-the-go!