Indian-American players in the US midterm elections

Updated : November 12, 2018 08:22 AM IST
For Indian-Americans who largely tend to vote Democratic, there was a collective sigh of relief as their party took back the house even as the Republicans maintained – and strengthened - their hold on the Senate.
Hasan Minhaj’s show has received a 32 episode commitment from Netflix, according to USA Today.

November 6 was a memorable day with rain and umbrellas, long lines at the polling booths and then a nail-biting wait for the results of the midterm elections.  For Indian-Americans who largely tend to vote Democratic, there was a collective sigh of relief as their party took back the house even as the Republicans maintained – and strengthened - their hold on the Senate.

These midterms had a lot of firsts happening, particularly the strong showing of women candidates. Several women of color won their races, including two Muslim women. In fact, in Houston, all 19 black women running for judges in a local race won their bids.

2018 was an unprecedented year when Indian-Americans felt compelled to get involved in the political process with over 100 Indian-Americans running for public office. All four Indian-American incumbents in Congress won their re-election bids – Democrat Representatives Ami Bera, Ro Khanna, Pramila Jayapal and Raja Krishnamoorthi.

Josh Kaul was elected Attorney General of Wisconsin, becoming the only Indian-American to serve in statewide office. Four Indian-Americans were also elected to serve in the state legislatures of New York, Illinois, Kentucky and Arizona. About two dozen Indian-Americans won their races, showing that they are becoming viable players in the political life of the country. As we go to press, a few races are still too close to call. 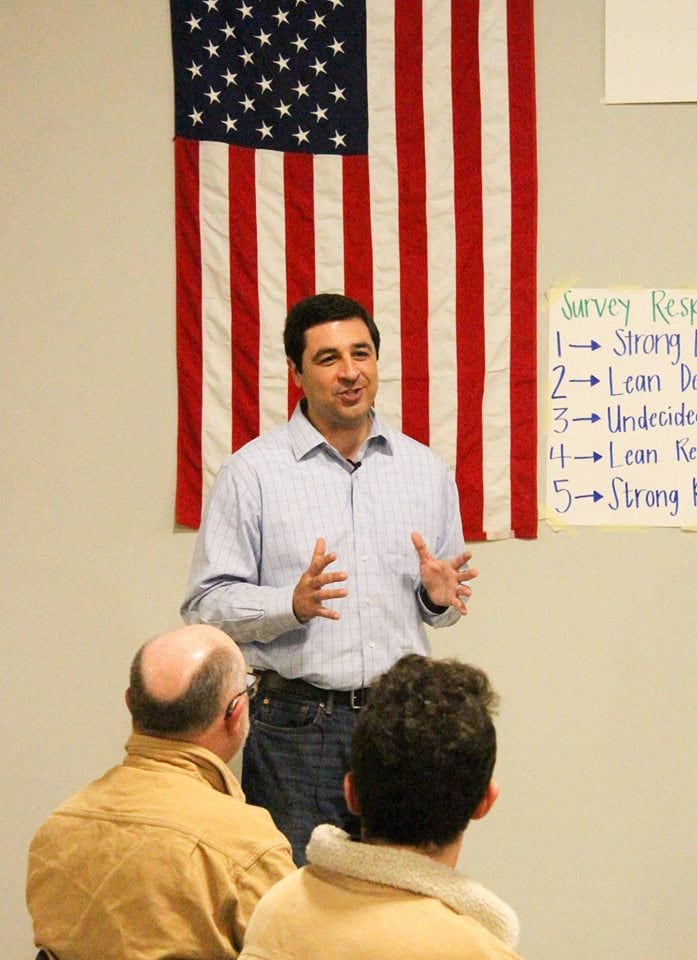 At least six of the candidates were first-timers. “We’re particularly proud of the six new state legislators who were elected on Tuesday,” said Raj Goyle, co-founder of Impact. “As a former state representative, I know firsthand that state and local elected officials can have a powerful impact on the lives of their constituents. This is how we build a bench of future national leaders.” Padma Kuppa tweeted “We did it - together we flipped 41! Thanks to all our supporters - the journey was rewarding: meeting and reconnecting with so many neighbors and friends, new and old, and listening to their concerns, talking about our shared values. Proud to have run a clean and positive campaign!”

The four candidates running for Congress – Aftab Pureval US House (Ohio-01), Sri Preston Kulkarni US House (Texas-22), Hiral Tipirneni US House (Arizona-08) Anita Malik US House (Arizona-06) -  did not win their races but as Gautam Raghavan of Impact Fund observed, “They each ran strong, smart, innovative campaigns and, as a result, outperformed recent challengers in their districts. We hope we'll see them on the ballot again.” As Indian-Americans continue their political interactions, the Indian-American Impact Project is creating a ‘Brown Book’ containing resumes of talented South Asian-American candidates for staff positions on Capitol Hill as there will be post-election hiring by Congressional offices – and so the story continues. “We are building an institution which will be extraordinarily helpful to future generations of our community," said Deepak Raj, co-founder of Impact and chair of the Impact Fund.

As the new faces in American democracy get to work in their hard-won posts, Representative Pramila Jayapal noted: “We won yesterday: take it on, celebrate it and let out a breath of air! Today is a new day. Let’s channel this energy and enthusiasm to fight for a better America.”

If you haven’t watched Hasan Minhaj before, you have been forewarned – he is more addictive than a bowl of masala peanuts. Sundays in New York will never be the same again because they are now MinDays - they must include the very likeable comedian Hasan Minhaj and his new Netflix show Patriot Act with Hasan Minhaj. The show has received a 32 episode commitment from Netflix, according to USA Today which quoted Hasan Minhaj: "The things that I used to think were a disadvantage — be it my upbringing, my ethnicity, my background — have actually been a huge advantage, because I can speak to an American and international experience."

The popular talk show host and political commentator has a lot to say on every topic under the sun including affirmative action, Amazon.com, racism, the Vote and even Saudi Arabia. And when he talks, people listen. How can one not? Those big fierce eyes, that face? He’s the Brown Badshah with over 317,000 followers on Twitter.

As the son of immigrant Indian Muslim parents from Aligarh, Uttar Pradesh, he can take on touchy, taboo topics, being both outlier and insider.  He can take on the Administration but also gently rib Indian uncles and aunties for their foibles. He is the first Indian-American to host a late night talk show, and using his idiosyncratic identity, he romps on eggshells and gets away with it.

Minhaj who was the senior correspondent on The Daily Show totally turns the concept of talk shows on their head - there is no desk, no guests, just the man himself walking back and forth on the stage, using his eyes, hands (and mouth) a lot. As a follower on Twitter tweeted about the first two episodes, “It’s like @Tedtalks meets smart infographics, creating the best use of visuals and space I’ve seen on TV. The set design and overall feel is surprisingly fresh in a world where it’s all been done. You feel smarter.” Hasan Minhaj on the sets of Patriot Act.

Minhaj can say just about anything and the audience laps it up. His popular series Homecoming King won a Peabody Award. One also remembers his superb roasting of the Trump Administration at the White House correspondents dinner. And now again with a straight face, he takes on serious issues and makes you see the light.

Jen Cheny wrote in Vulture, “Patriot Act’s most crucial distinguishing factor is that it enables Minhaj to say things that no other current talk show host could possibly say. The affirmative-action episode focuses on the lawsuit filed against Harvard University by the anti-affirmative action group Students for Fair Admissions, which has garnered support from some Asian-Americans who believe that race should not be considered by college admissions officials. (He makes the very strong point that one of the most discriminatory admissions practices is letting in legacy applicants, who often tend to be white and wealthy.)”

He takes on sacred cows and 800 1b gorillas with an innocent smile, humor and word power. So Sunday evenings mean putting everything aside and giving one’s undivided attention to Hasan Minhaj.  Watch the show to feel the pulse of the country through the standup proclamations of one cool brown dude who is smart as well as funny.