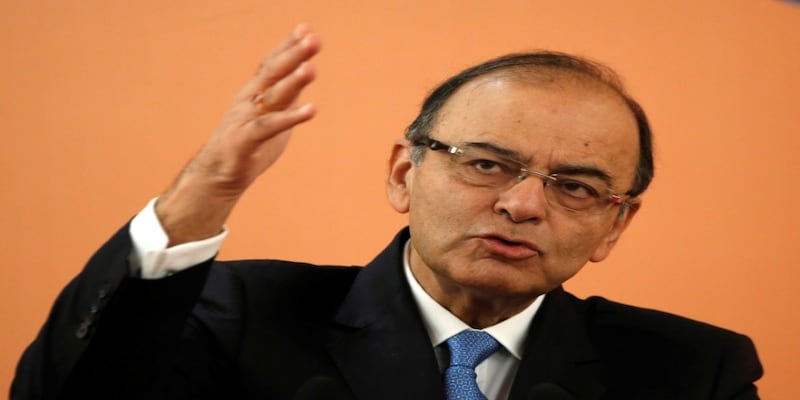 The opposition 'mahagathbandhan' (grand alliance) is a club of 'nawabs of negativity' and the only 'glue' of this diverse grouping is its opposition to one man (Narendra Modi), Finance Minister Arun Jaitley said here on Thursday.

The opposition 'mahagathbandhan' (grand alliance) is a club of 'nawabs of negativity' and the only 'glue' of this diverse grouping is its opposition to one man (Narendra Modi), finance minister Arun Jaitley said here on Thursday.

People of an aspirational society which is politically conscious will not buy into this "suicidal" alternative, the senior BJP leader said.
"The nawabs of negativity may come together but that is not something that will carry credibility as far as people are concerned," Jaitley said, speaking via video link at the CNBC-TV18 India Business Leadership Awards event.
This was the first time Jaitley, now in the US for medical treatment, addressed a gathering since leaving the country on Tuesday.
The setback the ruling BJP suffered in Assembly elections in three Hindi heartland states recently has enthused some opposition leaders about the likely electoral success of such an alternative.
The 'mahagathbandhan' has neither the ideological cohesiveness nor a common programme aimed at building the country or an individual leader, Jaitley said.
As against the BJP's strengths of leadership, decisiveness, performance and potential, the point being put forward by the opposition is of arithmetic, Jaitley said. In politics, it is not the arithmetic but chemistry which succeeds, he added.
"The premise is that we have politics which is negative in character and the negative politics is we want one man (Modi) out. On that negativity of wanting one man out, they (opposition) have come together," Jaitley said.
Jaitley also said there is a need to elevate the political debate in the run up to the elections and stressed that we cannot afford a "sloganised political debate" where emotional cries take over sound policy.
Without mentioning the promise of farm loan waivers, which the opposition Congress is pitching for, the minister said 'sloganised policies' never help the larger interest of the economy and it is the country's aspirations which will receive a setback in the process.
Check out our in-depth Market Coverage, Business News & get real-time Stock Market Updates on CNBC-TV18. Also, Watch our channels CNBC-TV18, CNBC Awaaz and CNBC Bajar Live on-the-go!