How Gupkar Alliance, BJP and Independent candidates scored in Jammu and Kashmir DDC elections: All you need to know

How Gupkar Alliance, BJP and Independent candidates scored in Jammu and Kashmir DDC elections: All you need to know 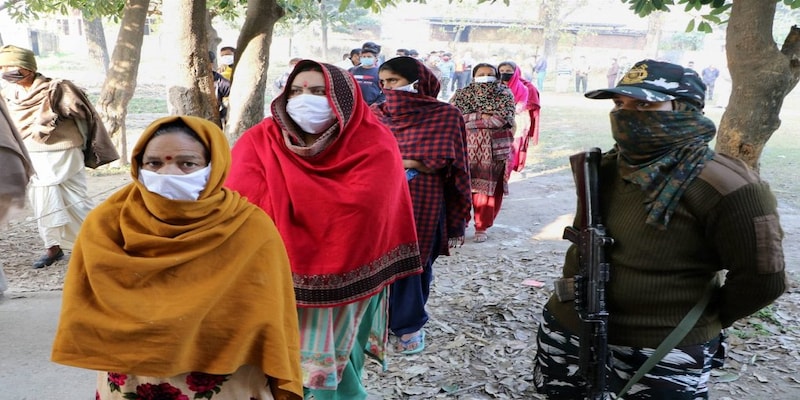 This was the first democratic exercise in Jammu and Kashmir since the abrogation of Article 370 last year when the state was bifurcated into two Union Territories.

In the maiden District Development Council (DDC) elections in Jammu and Kashmir, the People's Alliance for Gupkar Declaration (PAGD) won big whereas the Bharatiya Janata Party (BJP) emerged as the single largest party.

The results of two seats is still awaited.
Why DDC Elections holds Significance
This was the first democratic exercise in Jammu and Kashmir since the abrogation of Article 370 last year when the state was bifurcated into two Union Territories. The voting was held in 280 seats - 14 in each of the 20 districts of Jammu and Kashmir. As many as 2,178 candidates were contesting in this election. The results are encouraging for Gupkar alliance which fought the election on the promise that it will work for the restoration of the special status of Jammu and Kashmir.
BJP Emerges as Single-Largest Party
The Saffron party emerged as the single-largest party in the elections winning 75 seats, Out of 75, BJP won 72 seats in Jammu and three in Kashmir. The BJP’s victory holds significance because it was alone pitted against the combined strength of mainstream parties in J&K under the banner – PAGD. The BJP has maintained it fought the election on developmental issues.
What Gupkar Alliance’s Victory Means for Article 370
Led by Farooq Abdullah, Gupkar alliance has been pitching for the reinstatement of Article 370. An alliance of seven mainstream political parties in J&K including National Conference (NC) and Peoples Democratic Party (PDP), People’s Conference eight, Communist Party of India, and J&K Peoples Movement, won 110 seats in the election.
The victory of Gupkar alliance is a clear indication that the Kashmir valley has rejected abrogation of Article 370.
Big Win for Independent Candidates
Independent candidates secured 50 seats in J&K putting them ahead of Congress and recently floated Apni Party which won 26 and 12 seats respectively.
Their victory is being seen as an indication of wider participation.
(Edited by : Aditi Gautam)
Check out our in-depth Market Coverage, Business News & get real-time Stock Market Updates on CNBC-TV18. Also, Watch our channels CNBC-TV18, CNBC Awaaz and CNBC Bajar Live on-the-go!